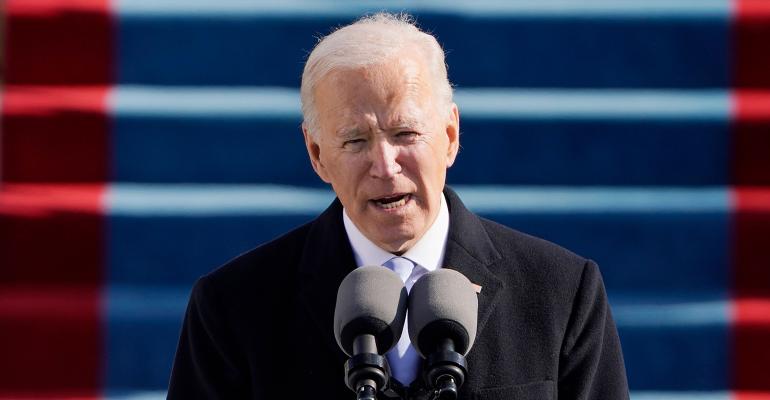 What does the future of Social Security and Medicare look like for your clients under the new Biden administration and a Democratic Congress?

What does the future of Social Security and Medicare look like for your clients under the new Biden administration and a Democratic Congress? And how should you respond to client concerns about the financial health of these vital retirement programs?

Both programs face challenges, but their financial structures are not identical. And President Joe Biden has proposed reform and expansion of both that go well beyond addressing solvency. Let’s break it down.

It’s not news that Social Security faces a long-term solvency problem. Before the pandemic, Social Security’s actuary projected that the combined retirement and disability trust funds would be drained in 2035; at that point, the program would have sufficient income from current tax payments to meet roughly 80 percent of promised benefits.

The insolvency date has accelerated a bit due to the economic downturn and accompanying slump in payroll tax receipts—the projected insolvency date now is 2034. That could change further depending on how quickly the economy rebounds from the pandemic-induced recession.

As a candidate, President Biden issued a detailed plan for Social Security that addresses the solvency problem by adding a new tier of payroll tax contributions for high earners. Currently, workers and employers split a 12.4% tax, levied on income this year up to $142,800. Biden would add a new tax at the same rate on incomes over $400,000.

That would extend solvency only until 2040—not for 75 years, as envisioned in more progressive versions of Social Security reform. (Notably, the revenue from this new higher bracket would grow over time as more workers move past the $400,000 trip point.)

Biden’s plan also finances a series of moderate benefit expansions, which could be helpful to retirees in the wake of the economic devastation wrought by the pandemic. One change would credit caregivers in their benefits for time spent out of the workforce—a change that would especially benefit women, who already face a substantial retirement gender gap.

Biden also proposes several changes that I’d group together under the category of longevity insurance—that is, they would tend to boost benefits for older beneficiaries. This can be significant for clients who run the risk of exhausting savings if they reach very advanced ages.

One change would replace the current yardstick used for determining Social Security’s annual cost-of-living adjustment (COLA) with an alternate measure geared to the types of inflation typically experienced by seniors, including health care. The CPI-E, which would replace the CPI-W, is projected to boost the COLA by two percentage points annually. That may not sound like much, but it adds up as the higher benefit compounds over time.

Benefits for some surviving spouses also would get a boost under Biden’s plan. Currently, a surviving spouse is entitled to 100 percent of the deceased spouse’s benefit if it is larger than her own. But if the two spouses earned similar benefit amounts, the survivor still faces a cut in household benefit in the neighborhood of 50%.

Biden’s plan would give survivors the option of receiving 75% of the original household benefit, so long as the new payment does not exceed the benefit received by a two-earner couple with average career earnings. The idea here is to cap the benefit to exclude very high income beneficiaries.

There’s plenty of loose talk in the media about the unsustainability of Medicare. But it’s very important to understand where the problems are—and where they are not.

Medicare has several different parts, and they are not all financed in the same way. The solvency issue now on the table pertains to Part A, which finances hospitalization and is funded mainly by a 2.9% payroll tax split between workers and employers.

The hospital fund always has a projected insolvency date, as it balances payroll tax receipts against hospital costs. The insolvency date fluctuates a great deal; since 1970, it has been as close as two years away to as far as 28 years into the future.

The Congressional Budget Office projects that the fund will be drained in 2024. Before the pandemic, Medicare's trustees projected that the fund would be exhausted in 2026, but the job losses stemming from the pandemic have reduced tax receipts.

So, that is an urgent issue that needs to be addressed—if the trust fund is drained, Medicare would have resources to pay just 90% of expected costs, and the fund's ability to pay bills would deteriorate further from there. Congress will need to make decisions sooner rather than later how to fix the problem; in the past, legislative fixes often have relied on reductions in payment rates to health care providers or by increasing payroll tax rates.

Medicare’s outpatient (Part B) and prescription drug (Part D) programs are financed by general government revenue and beneficiary premiums. Both are adjusted annually to meet program costs, so neither face solvency problems.

Biden has called for expansion of Medicare by reducing the eligibility age to 60. That actually would be an incremental step—a study last year by the National Academy of Social Insurance found that lowering the age to 62 would add 10.1 million to the Medicare rolls, but only 670,000 who had been uninsured because this older age group already has a comparatively low uninsured rate. Those figures likely are somewhat higher now due to the pandemic.

By contrast, reducing the Medicare age to 50 would add 57.3 million new enrollees, 4.6 million of whom would have been uninsured, the study found.

A lower Medicare age would come with some complications, namely how to finance the Part A expansion. Biden has proposed to protect the Part A trust fund by financing the expense of serving new, younger enrollees from general revenue, rather than the payroll tax.