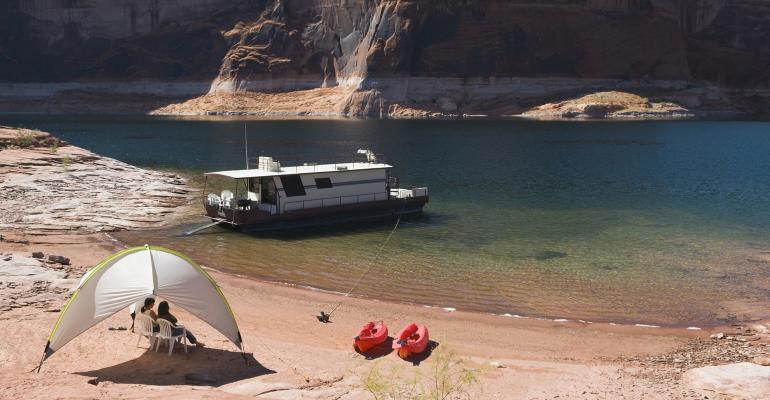 Best and Worst States to Grow Old In

This new survey is a useful prod to plan for aging gracefully—and affordably—wherever you (and your clients) retire.

(Bloomberg) --Utah residents who look forward to retiring in their state just got some good news in a report that names the state as the best in which to grow old. Those who hope to age gracefully in Wyoming, North Dakota, and New York may face more of a challenge. Those states are ranked as the three worst.All 50 states were ranked by the elder care resource site Caring.com on 13 categories including quality, cost, and availability of health care for seniors. The calculations also incorporated a state-by-state well-being ranking for older Americans. Utah, No. 17 in well-being, had respectable scores across all the categories and was the only state to make it into the top 15 for both quality of life/health care (No. 7) and cost (No. 14).

Here are the best and worst states for growing old, according to the report, followed by the median monthly cost of an assisted-living facility.

New York, No. 33 in the well-being ranking, was singled out by Caring.com for its extremes. The very high cost of the state’s health care doesn’t produce results close to commensurate with that spending, according to the report. While New York ranked 46th in cost (the lower the rank, the higher the cost), its life/health care quality rank was 34 (the lower the rank, the worse the quality). Massachusetts had a similar pattern; it ranked 49th in cost and 18th in quality. That’s reflective of a larger trend in the U.S.—high spending on health care isn’t translating into longer lives, as this interactive graphic demonstrates.

Higher costs show more of a payoff in Washington state and California. Washington is 38th for cost and is the top state for quality of life and health care. California has a cost ranking of 36 and quality ranking of 3 (it’s tied with Oregon for quality).

In the map below, the lighter the color, the higher the overall ranking of the state as a place to grow old. The ranking, which drew on data from the U.S. Census, the insurer Genworth, AARP, the Commonwealth Fund, and Gallup-Healthways, among others, also factored in 150,000 consumer reviews from Caring.com’s database of facilities and care providers for seniors. The availability, quality, and cost of care for the elderly got greater attention in the report than some of the common measures used in retirement destination rankings.

“One reason we call this report the best states to grow old, versus best states to retire, is because it’s really important for people to plan out their 60s, 70s, and 80s with as much care as they plan their retirement in their 30s, 40s, and 50s,” said Tim Sullivan, vice president at Caring.com. “Your needs change as you age, and they are not always going to be driven by the sort of leisure or amenities or weather considerations that are what a lot of people think about retirement.”

That’s true, but since many Americans don’t even have clear retirement plans, it’s also a tall order. In addition, quality and cost of health care can be wildly different for someone who lives in, say, New York City and someone who lives Buffalo, N.Y. And older Americans living in Wyoming, North Dakota, or New York aren’t going to make plans to pack up at 70 and truck on over to Utah.

The report’s greatest utility is in sparking serious thought about how you want to grow old, and in helping you get a feel for how realistic that is given how and where you’re living now. Rankings are just a starting point for more investigation, and an excuse for initiating conversations with loved ones and friends about the options they’re considering.

To help with that conversation, Genworth has an interactive you can use to see the median cost of various levels of care, from a home health aide to a private room in a nursing home, by state and for selected cities (also a good substitute for a horror movie). For a sense of how widely costs vary within states: The median daily cost for a semi-private room in a nursing home in Manhattan in 2016 was $450, while just across the river in Queens the figure was $329. In the Utica area upstate, about five hours from Manhattan, it was $304.

For a more in-depth look at how various cities across the country are set to accommodate an aging population, take a look at the 2017 Best Cities for Successful Aging report by the Milken Institute’s Center for the Future of Aging. HealthView Services’ 2017 report on health care costs is also helpful for getting a sense of future expenses. It’s isn’t pleasant reading, but it’s better than being surprised in old age.Have personal finance questions or lessons to share? Join Money Talks, the new Facebook community from Bloomberg News.