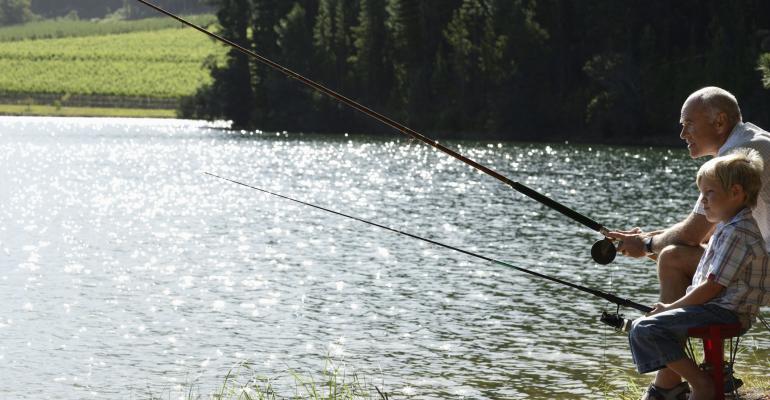 The much ballyhooed baby boomer retirement crisis is going through a major shift. Previous client concerns about having enough money to retire in the first place are being replaced by worries over longevity risk.

On a media call Thursday, Chip Roame, Managing Partner at Tiburon Strategic Advisors, addressed why the boomer generation remains so important for financial professionals and identified some of the reasons for this shift in client priority. “[Boomers] have all the money, and they will for quite some time,” he explained, before suggesting that the industry’s furor over attracting millennial and even Gen-Z clients is admirably forward-thinking, but also fairly premature.

Roame’s statements are backed up by data from a survey of the attendees of the most recent Tiburon CEO Summit. Seventy-four percent of respondents estimated that boomers made up 75 percent of financial advisor clients. 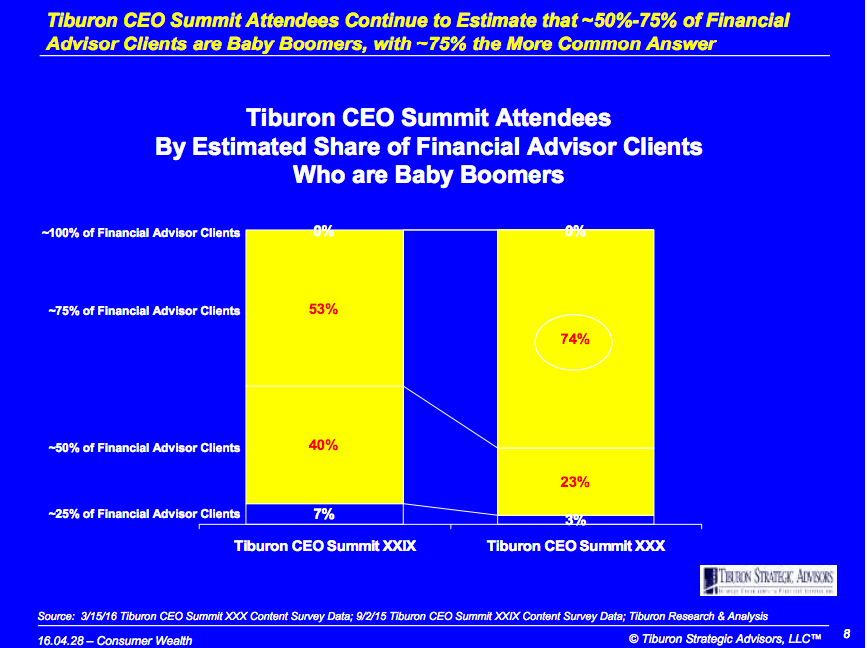 It’s interesting to note that when attendees at the previous summit were asked the same question six months ago, only 53 percent answered as such. Roame believes this drastic increase has a simple explanation, one that happens to be the major driving force behind the shift in client attitudes as well: markets have improved.

As the stock market has recovered, boomer saving has become less of a “crisis” because boomers simply have more money at the moment. That’s because the savings crisis doesn’t really have much to do with traditional savings. “They didn’t actually do anything to save more,” Roame points out. “They’re simply riding the market.” The implication being, this too shall pass, and we haven’t seen the last of boomer retirement savings panic.

Lest we just chalk this cyclical phenomenon up to unsophisticated clients, many of the savviest advisors seem to share clients’ sentiments. When asked about boomer financial readiness for retirement, 52 percent characterized the group as “getting there,” a 19 percent increase in confidence from just six months ago. 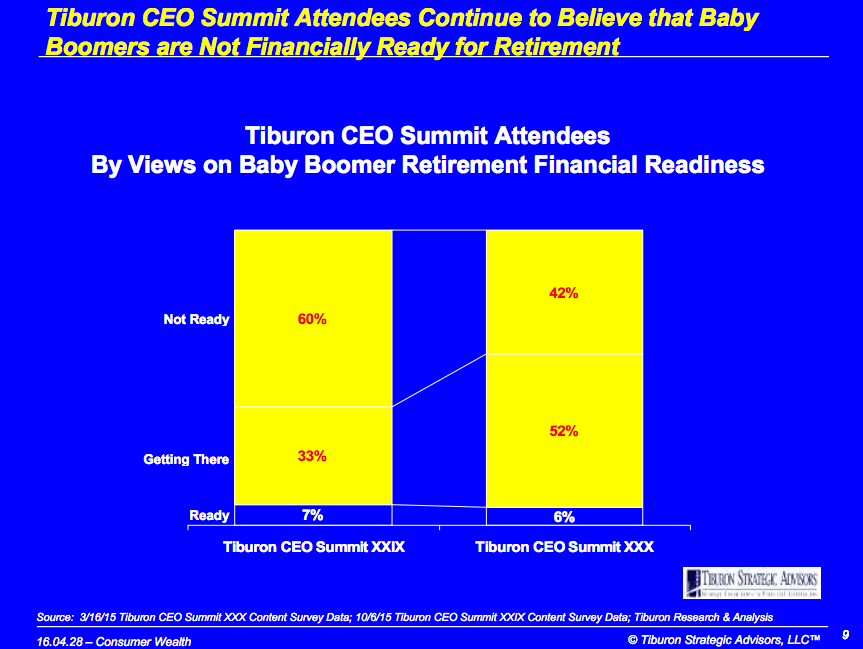 With both clients and advisors feeling more confident about boomer retirement savings prospects, it’s time for them to direct their concerns elsewhere. The new “crisis” is living too long. Fifty percent of respondents at the CEO Summit identified “Longer Life Expectancy” as the biggest financial issue facing boomers today—again, a roughly 20 percent increase from the previous poll, effectively swapping places with previous champ, “Lack of Savings.” “Concerns have flipped from an inability to retire to a question of how to make the money last,” says Roame.

According to a 2014 study by Money.com, the likelihood that at least one member of a couple will survive at least 30 years into retirement has increased and will continue to do so for the foreseeable future—far more so for the affluent. 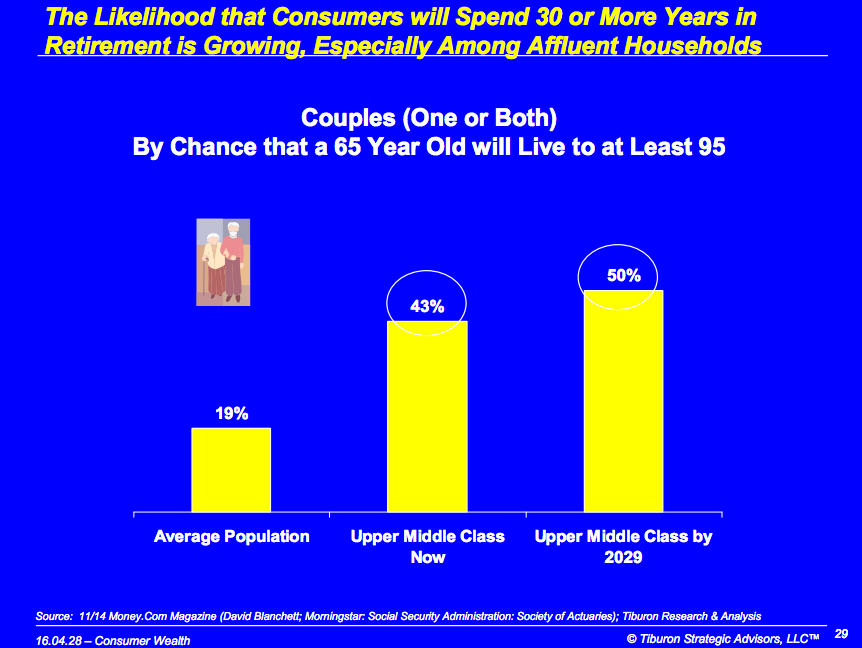 Among the average population, risk of this extreme longevity sits at around 19 percent. However, among the affluent, that number skyrockets to 43 percent. The study predicts that by 2029, there will be a 50 percent chance that at least one member of an affluent couple will live at least 30 years into retirement—a sobering prospect for clients and advisors alike.