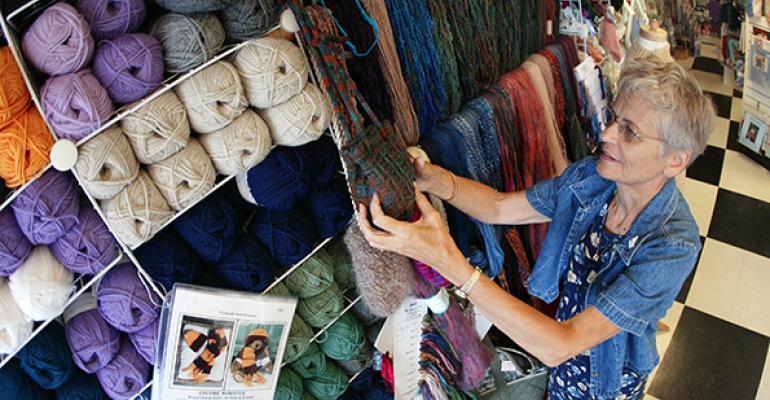 If you have clients struggling to meet retirement goals, working longer is an attractive way to change the math. Extra years of work open the door to higher monthly Social Security benefits via delayed filing, additional retirement contributions and fewer net years of drawdowns.

Working longer has been a case of “easier said than done” in post-recession America. But the unemployment rate has been ticking steadily downward this year. How are job prospects shaping up for older workers?

Unemployment for workers over age 55 has been lower than the national average since the recession began, and it stood at 4.1 percent last month, just just a bit from 3.9 percent in September. But that’s still much better than a year ago, when the rate was 5.4 percent. And, it’s lower than last month’s national jobless rate - 5.8 percent.

However, older workers who lose jobs are far more likely to face chronic unemployment. The average duration of joblessness for workers over age 55 was 51.5 weeks in October, much higher than for younger workers (30.6 weeks).

Still, labor force participation rates among older workers is expected to rise sharply in the years ahead. The U.S. Bureau of Labor Statistics expects 67.5 percent of workers age 55 to 64 will be in the labor force in 2022, up from 61.9 percent in 2002. 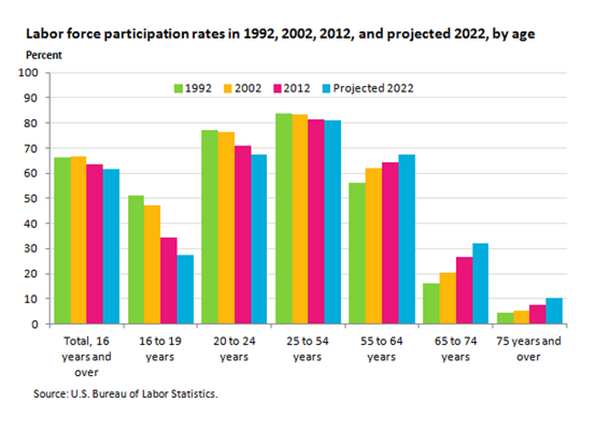 “At first glance, it would appear to be attributable to the economy and worries over inadequate retirement savings,” says Elizabeth Fideler, a research fellow at Boston College's Sloan Center on Aging & Work.

“Many older women and men working well beyond the traditional retirement years are forced to do so because of financial pressures. Less educated, low-wage earners generally do not have a choice; they may be supporting family members as well as themselves. People in professional positions and those who are self-employed are more fortunate; if they are healthy and want to keep working, they can.”

“For the professional men and women I surveyed, financial gain is not number one - job satisfaction is. Of course, they do depend on the income from work, and they may be helping adult children and grandchildren financially. But finding meaning in work is more important.

“Older men and women also want to stay mentally alert. Some admit to fearing retirement because they won’t know what to do with themselves and their brains will turn to mush.”