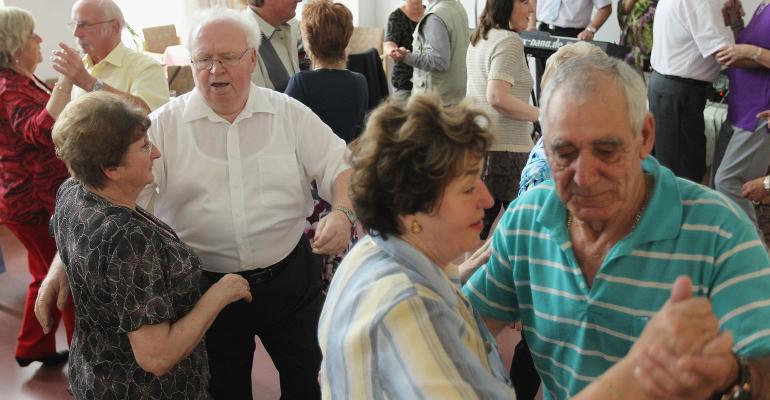 But only about half of U.S. households are invested in 401(k)s and IRAs.

“Look at your 401-k’s since Election,” the president tweeted Monday morning. “Highest Stock Market EVER! Jobs are roaring back!”

Indeed, equity market gains have pushed average IRA and 401(k) balances to record levels. Unfortunately, there’s nothing to see for about half of American households that have no such retirement-savings vehicles. Fidelity Investments, the nation’s largest administrator of retirement plans, said the average 401(k) balance in its accounts hit a record $99,900 in the third quarter while the average IRA rose to an all-time high of $103,500. Balances increased 10 percent from the same period a year ago, according to the Boston-based investment firm.

While the stock-market rally is welcome news for retirement investors, Federal Reserve data show that only about half of U.S. households have any skin in the game to begin with.

The share of families with retirement accounts, including IRAs and 401(k) plans, rose to 52.1 percent in 2016, from 49.2 percent in 2013, but still below its pre-recession level of 53 percent, according to the Fed’s most recent survey of consumer finances. What’s more, just over 11 percent of Americans in the bottom fifth of the earnings distribution held retirement accounts last year, compared with over 90 percent of households in the top decile.