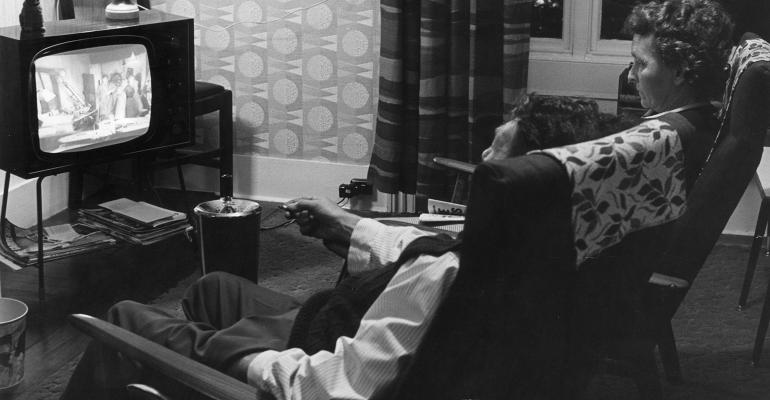 America Is Minting More Millionaire Retirees Than Ever

But they are watching a lot more TV.

(Bloomberg) --American retirees are healthier and wealthier than ever. But wiser? A new report throws a little doubt on that notion.

Money manager United Income analyzed data from sources, including the Federal Reserve Board, the U.S. Bureau of Labor Statistics, the Census Bureau, the Internal Revenue Service, and the Centers for Disease Control, to examine the changing the lives of American retirees.

Their average wealth has risen more than 100 percent since 1989, to $752,000, and the share of those who are millionaires has doubled. More retirees—62 percent—are enjoying life without physical or cognitive limitations, according to the data. That number is up from 49 percent in 1963, the first year such data was taken.

Not all the findings were positive, however. “The largest change in activity is a near doubling of the amount of time retirees watch TV over the past 40 years,” the report noted. (The latest data is for 2012.) The average retired 60-year-old now watches television almost three hours every day. The increases were largest in high-income, highly educated households, which experienced a 78 percent rise in couch time since 1975, versus 43 percent for lower-income households.

Retirees may not be learning much from their viewing habits, the report suggests. It cited 2016 Pew Research Center data showing that more than 55 percent of households older than age 65 watch cable news programs, and it noted that “one multi-country study found that public broadcast news (such as PBS) increased political knowledge, while cable news actually reduced knowledge that people have about actual events.”

Income inequality has remained about the same among retirees since 1989. The picture changed dramatically when a household’s financial assets came into play, however. A rising stock market led to a 42 percent rise in wealth inequality among older Americans.

“People have held incomes and spending constant over time,” said Matt Fellowes, United Income’s founder and chief executive officer. “The wealthiest retirees are wealthier but are not spending more, relative to previous generations.”

Fellowes believes many Americans are being unnecessarily frugal in their spending and are leading “overly contained” lives as a result.The gap between the wealthy and the ultra-wealthy has also widened. The wealth of the median millionaire rose by about 12 percent from 1989 to 2016, while the median millionaire’s equity position was swelling from 27 percent of financial accounts to 55 percent. The wealth of the top 1 percent of millionaires, meanwhile, more than doubled, from $14.9 million to $31.3 million, in 2016 dollars, as their equity positions jumped from 30 percent to 69 percent, according to the report.

“It’s clear that the dividends from being an investor are paying off for retirees fortunate enough to have savings and investments,” said Fellowes. “What’s discouraging is that those who are not saving or investing are just getting left progressively farther and farther behind as each successive generation enters retirement.”