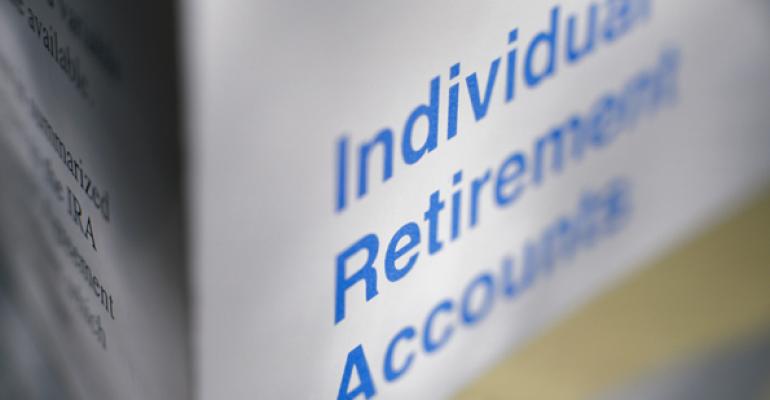 The Afterlives of IRAs and Other Plans

Advisors can help boost the value of inherited retirement benefits.

The first concern in post-death IRA planning might be to avoid subjecting the entire qualified plan benefit or IRA to income taxes in the near term under the dreaded “5-year rule.” For example, if an account owner dies during 2018 without reaching his required beginning date (April 1 of the year following the year in which the account owner attained age 70½), all retirement benefits must be distributed by Dec. 31, 2023. To avoid application of that rule, an IRA or qualified retirement account death beneficiary generally must begin taking RMDs by Dec. 31 of the year after the year when the IRA owner or plan participant dies.1

Every year, George must look up his applicable distribution period in the single life table, based on his attained age, unless he elects to treat Rhonda’s IRA as his own.3

Once George reaches the time when RMDs from the inherited IRA must begin, George should consider a rollover to an IRA of his own, that is, an IRA that’s no longer an inherited IRA. Doing so is an election to treat the Rhonda’s IRA as an IRA George.5 In the calendar year of the election and in each subsequent calendar year, RMDs are determined based on George being treated as the IRA’s owner, rather than as beneficiary.6

George should take care to set up either a rollover IRA or a beneficiary IRA, and he should be sure to name a death beneficiary, which avoids his estate.

How must the beneficiary of George’s inherited IRA take RMDs when George dies?

If George dies with Rhonda’s inherited IRA before his required commencement date, he’s treated as though he was the IRA owner.8

If George dies before attaining age 70½, but doesn’t elect to treat Rhonda’s IRA as his own, RMDs apply as if George were the IRA owner instead of Rhonda.9 Assuming George has appointed a successor beneficiary, that successor beneficiary must either comply with the 5-year rule, measured from George’s date of death or begin taking RMDs over the successor beneficiary’s life expectancy if begun by Dec. 31 of the year after George’s death. If George rolls over Rhonda’s account, the result is the same.

If George dies after age 70 ½, but before his required commencement date, the account is still treated as an account of George, but the 5-year rule no longer applies. The next beneficiary in line must take distributions as the beneficiary of an IRA of George.

If George remarries, has elected the special spousal rule for Rhonda’s IRA and later dies survived by his new spouse, the special rule for spouses can’t be applied to George’s inherited (from Rhonda) IRA.10