/sites/all/themes/penton_subtheme_wealthmanagement/images/logos/footer.png
Recent
Recent
Seven Must Reads for the CRE Industry Today (May 24, 2022)
May 23, 2022
Investment Activity in the Skilled Nursing Sector is Ramping Back Up
May 23, 2022
NASAA Approves Model Rule Targeting Unpaid Arbitration Awards
May 23, 2022
New York Tax-Paying Residents Were Moving Out Even Before Covid
May 23, 2022
Featured
The 10 Best and 10 Worst States in Which to Retire in 2021
Jul 15, 2021
Poll: 15 Classic Books on Investing and the Markets
Apr 03, 2020
Fifteen Must-Listen Business Podcasts for Advisors
Aug 14, 2020
Celebrity Estates: Jay Leno and Planning for Classic Car Collections
Feb 22, 2022
INVESTMENT TREND MONITOR REPORT: VARIABLE ANNUITY TRENDS
brought to you by 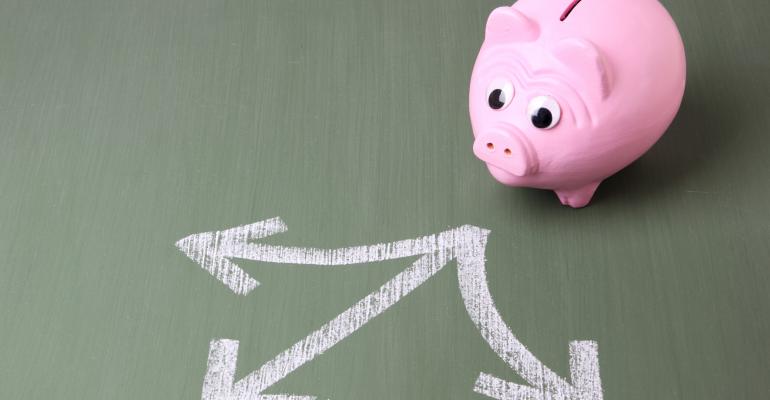 Part 3: No impact of fiduciary rule

Advisors still do not believe the DOL fiduciary rule will impact their use of variable annuities.

Nearly two thirds of advisors (62%) hold that opinion—down slightly from the 66% reported in the 2016 survey. Those who do expect an impact are far more likely to anticipate a decrease in usage (31%) than they are an increase (6%). Again, these results are similar to those we reported last year. When comparing 2016 to 2017, however, the slight reduction in “no impact” matches the slight rise in expectations for an increase, suggesting the industry is warming to these products. Comments from advisors tend to bear this finding out. For instance, one high-use advisor from an independent RIA thinks the industry will simply adapt as necessary. “I believe that insurers will modify offerings to comply with whatever new regulations come along, including the final version of the DOL rule,” he says. “And advisors will use those products to simplify their lives and reduce fiduciary risks.” A low-use advisor, also from an independent RIA, holds a different opinion. He believes variable annuities are “too complex and difficult to use under the DOL rule.”