/sites/all/themes/penton_subtheme_wealthmanagement/images/logos/footer.png
Recent
Recent
Seven Must Reads for the CRE Industry Today (May 24, 2022)
May 23, 2022
Investment Activity in the Skilled Nursing Sector is Ramping Back Up
May 23, 2022
NASAA Approves Model Rule Targeting Unpaid Arbitration Awards
May 23, 2022
New York Tax-Paying Residents Were Moving Out Even Before Covid
May 23, 2022
Featured
The 10 Best and 10 Worst States in Which to Retire in 2021
Jul 15, 2021
Poll: 15 Classic Books on Investing and the Markets
Apr 03, 2020
Fifteen Must-Listen Business Podcasts for Advisors
Aug 14, 2020
Celebrity Estates: Jay Leno and Planning for Classic Car Collections
Feb 22, 2022
RIA Trend Report - Best Practices Of Top RIAs
brought to you by 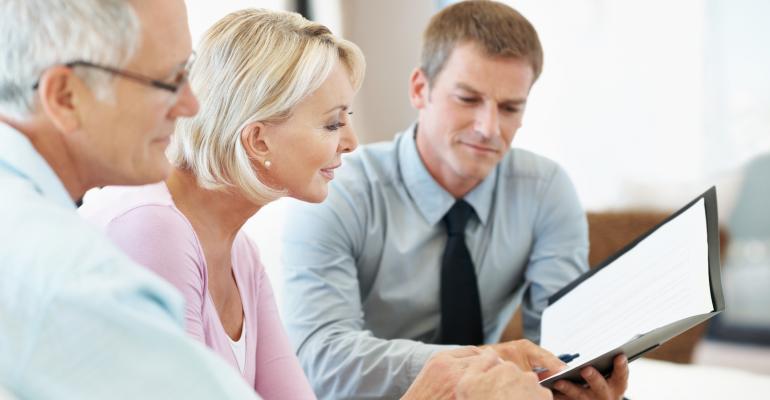 The effort to build relationships with existing and potential clients aligns with the communication methods deemed very important by advisors.

For instance, methods involving a personal touch, including in-person meetings (85%), annual client reviews (84%), phone calls (81%) and annual one-on-one meetings (76%), were
the four most common answers among advisors. By comparison, less personal methods such as podcasts (80%), press releases (72%), conference calls with the entire client base (72%) and webinars (69%) were more likely to be listed as “not important.”

This pattern of favoring personal over impersonal communication methods carries over to the marketing tools favored by most RIAs. The most popular tool, namely client appreciation events (40%), is the top technique (after referrals) that advisors plan to use in 2017 (see the graphic in the previous section). But it seems many RIAs plan to use techniques they feel aren’t necessarily all that important. For instance, nearly half (47%) of advisors plan on using email campaigns in 2017, but just 12% believe they are very important
tools. Meanwhile, twice as many advisors (34%) expect to use direct mail than the 16% who believe it is a very important tool.

Advisors do appear to forgo tools they are least in favor of, however. For instance, the tools most likely to be deemed “not important”—podcasts (77%), blogs (69%) and mass media advertising (65%)—are all at the bottom of the list of marketing techniques advisors expect to use this year.