/sites/all/themes/penton_subtheme_wealthmanagement/images/logos/footer.png
Recent
Recent
Why the Shift to a Longer-Term ‘Business Owner’ Mentality Is Driving Movement
May 27, 2022
NYC Luxury Theft Boss Planned Own ‘Department Store,’ City Says
May 26, 2022
Seven Must Reads for the CRE Industry Today (May 27, 2022)
May 26, 2022
What’s the State of the Capital Markets for Cannabis Real Estate?
May 26, 2022
Featured
The 10 Best and 10 Worst States in Which to Retire in 2021
Jul 15, 2021
Poll: 15 Classic Books on Investing and the Markets
Apr 03, 2020
Fifteen Must-Listen Business Podcasts for Advisors
Aug 14, 2020
Celebrity Estates: Jay Leno and Planning for Classic Car Collections
Feb 22, 2022
Trust & Estates Report - Insurance
brought to you by 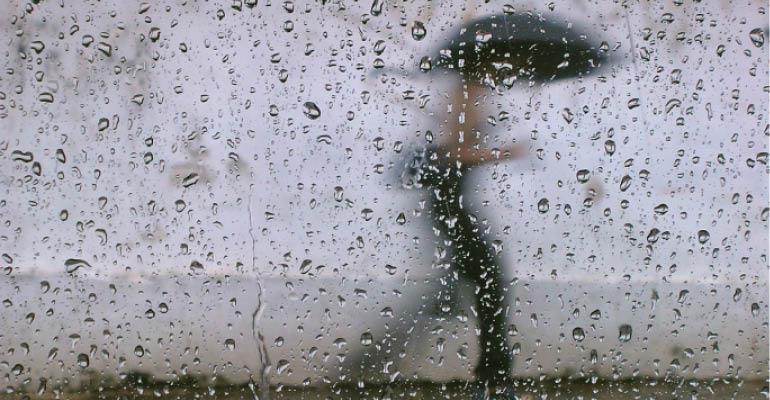 This too is a flexible premium product like CAUL, but with key differences that can make it highly suitable for a given policyholder … or not.

GUL starts with the CAUL chassis, including current and guaranteed crediting rates and COIs. But, GUL then offers a secondary guarantee, under which the carrier guarantees that the policy will stay in force through a targeted age if a certain premium is paid, regardless of policy performance. The policyholder can choose the initial duration of that guarantee, which can be to a certain age or until policy maturity at age 121 or thereabouts. The prospective policyholder should be shown the difference in premiums associated with varying durations of the guarantee.

The advantage of GUL is that it allows the policyholder to lock in a premium that’s guaranteed to support the death benefit for whatever length of time the policyholder chooses, thereby eliminating the performance concerns associated with CAUL (or any other performance-based type of product).

While nowhere near as flexible as CAUL, GUL will allow the policyholder to reduce the premium or skip it altogether, with the fairly obvious result, however, that the length of the guarantee could be shortened, perhaps considerably. Because the policyholder may subsequently want to re-extend the guarantee, the policy should allow for a catch-up, that is, the recalibrated premium guaranteed to support the death benefit to whatever the new targeted duration. In practice, a policyholder who’s considering cutting back the premium (and knowingly cutting back the guarantee correspondingly) can get an illustration from the carrier that shows the catch-up premium.

As attractive as the no-lapse guarantee may be to the prospective policyholder, he should clearly understand these key differences between CAUL and GUL. First, CAUL offers tremendous premium flexibility (with the concomitant need to monitor the policy’s performance on a regular basis). GUL calls for consistent and timely payment of the premium and a thorough understanding of how any grace period works. (Incidentally, there should be just as thorough an understanding of the implications of an early payment.) The advantage of premium flexibility shouldn’t be taken lightly. While some policyholders think that they’ll always be able to timely fund a policy with an annual premium until death (or the earlier targeted age), any number of things could happen on the way to presenting the death claim that might cause the policyholder to want to change (or suspend) the premium.

CAUL will generally build more cash value than GUL, perhaps materially. In many cases, this aspect of the product isn’t material to the policyholder because he doesn’t intend to access that value and is content to own a product that’s essentially like a level premium term insurance policy to whatever age the guarantee has been targeted. But, the absence of cash value could become problematic if the policyholder ever becomes unhappy with the product or the carrier; there will much less cash value available for an exchange than there would have been with a conventional product. The policyholder should also appreciate that GUL has no upside, meaning that unlike CAUL, in which an increase in the credited interest rate (or reduction in COIs) will eventually allow the policyholder to reduce the premium to support the death benefit, those kinds of changes will have no impact on the required premium for the GUL.

In recent years, the extended period of low interest rates has caused many carriers to either increase the costs of their GUL products, remove certain offerings from the marketplace or create hybrid GUL products (and IUL and VUL as well) that start out in a GUL format with a fixed premium for a given duration (usually to life expectancy), but then perform as a CAUL product thereafter. The cash value growth of this type of product can be significantly greater than for a pure GUL. The carriers market these products as maximizing the death benefit while minimizing the premiums. The durational guarantee products are illustrated based on current assumption (at market) crediting rates, while also showing the guaranteed (worst case) scenario. The risk with a durational guarantee product is if the insured lives beyond the guarantee period and the policy hasn’t performed well on a current assumption basis, the premium necessary to support the death benefit to maturity could be substantially higher than the original illustrated. The policyholder must be comfortable accepting this risk in exchange for cash value accumulation, creating a viable exit strategy and upside participation should crediting rates increase over the duration of the policy.