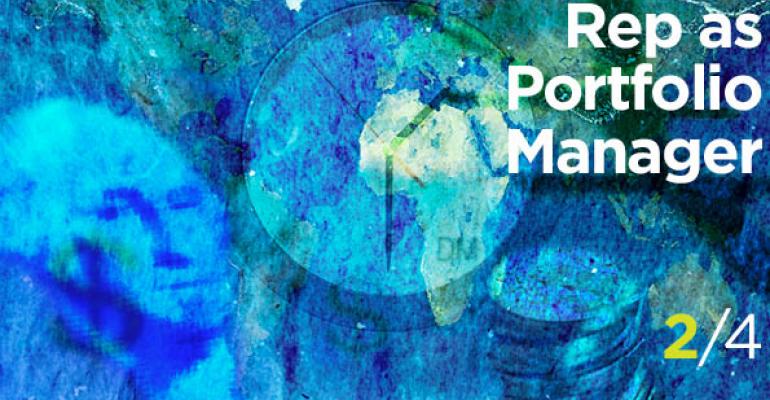 Part 2: Bringing Clients on Board

Among firms that use the platform, 41% of clients, on average, were serviced through a firm’s Rep as PM platform, as of December 2009.

Among firms that use the platform, 41% of clients, on average, were serviced through a firm’s Rep as PM platform, as of December 2009. That percentage has increased steadily through the years. As of September 2014, 55% of clients were serviced through a Rep as PM platform. Advisors expect that number to increase to 61% by the end of this year. And while RIAs are the least likely advisors to offer the platform, the ones who have embraced the platform have done so more thoroughly than other segments.

The portion of a firm’s total assets under management, as well as the percentage of an individual client’s assets, serviced via the Rep as PM platform have generally followed the same trend. Nearly 4 in 10 advisors (38%) report that the assets they move to the platform generally originate as new client assets or new assets to the firm. Other advisors (15%) report that they shift assets out of fee-based mutual funds most of the time, while slightly fewer report shifting assets out of brokerage-based mutual funds (14%).

Next Part 3 of 4: Popular, But Not Universally Endorsed