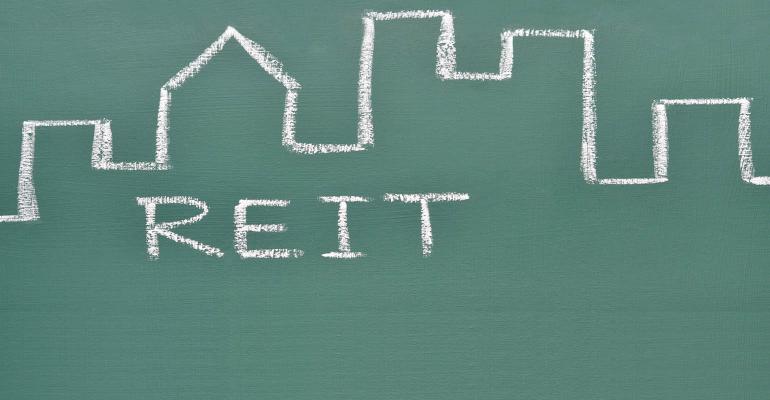 To put it mildly, 2018 wasn’t a banner year for REIT IPOs. Just five REITs went public last year, generating capital of nearly $3.3 billion. That’s lower than the nine REIT IPOs in 2017 and substantially lower than the 19 REIT IPOs back in 2013.

This year, though, could see an uptick in REIT IPOs, although it would likely be a small one. An upturn in IPOs in 2019 could result from public REITs generally trading at the same value as their private counterparts, says Cedrik Lachance, director of REIT research at Green Street Advisors Inc., a research and advisory firm in Newport Beach, Calif.

“I’d say the REIT market is healthy, and the recent increase in share prices might actually bring a little bit more IPO activity and might make the public real estate market an interesting alternative for a lot of currently-private owners of real estate,” he says.

Others aren’t quite as sold as Lachance is on the notion of a boost in REIT IPOs this year.

Blake Hornick, chairman of the national capital markets group in the New York City office of law firm Seyfarth Shaw LLP, says he doesn’t think the IPO environment for REITs is nearly as strong this year as it has been in previous years.

“Only tech and life sciences are seeing a boom in IPOs,” Hornick says. “For REITs, there needs to be a play on the business that is exciting, with real upside, like data storage centers.”

That assessment is based, in part, on the recent upswing in capital-raising efforts across several REIT asset classes. A few REIT IPOs “are in different stages of preparation” to potentially get out of the starting gate in 2019, he notes.

“Often, issuers and their sponsors and underwriters decide to wait until the year-end audit is completed before launching an IPO, so it is not surprising that REIT IPO activity has been quiet so far in 2019,” LeBey says. “But I think the recent uptick in the volume of REIT public offerings is a good indicator, and I’m optimistic that we will witness a pickup in REIT IPO activity in 2019 as well, as long as the economy stays strong.”

So far, no REITs in the U.S. have executed IPOs in 2019. But at least two REITs are looking at going public this year.

Tampa, Fla.-based Generation Income Properties Inc., a REIT that specializes in freestanding, single-tenant retail, office and industrial properties, filed in 2016 with the U.S. Securities and Exchange Commission to go public through the federal agency’s Regulation A+ initiative. The REIT expects to begin selling shares to the public sometime this year; initially, the stock will trade over the counter.

David Sobelman, founder and CEO of Generation Income Properties, says his company is going down the IPO path now “in order to provide its shareholders with the best chances to have an established REIT [buy] net-leased assets during any stage of a market cycle. Providing investors the option of liquidity in the public markets may give them a higher level of confidence in investing.”

Still, several hurdles might stand in the way of some REITs going public, according to LeBey.

“REIT IPOs in the last few years have not performed all that well post-IPO, so a clearly differentiated strategy from other existing public REITs will be important,” he says. “Concern about the sustainability of economic growth could create some challenges, too.”

Even in light of possible hiccups, Greg Ross, national managing partner of the construction, real estate, hospitality and restaurant practice in the Charlotte, N.C., office of accounting firm Grant Thornton LLP, believes the IPO market for REITs will be a sound one in 2019 and even into 2020.

“We’ve seen increases in net operating income for REITs, and REITs have done a good job at managing their balance sheets,” Ross says. “There’s still so much consolidation and activity by private equity groups, and it can be hard to predict the IPO market, but the values are there and investors are taking note.”