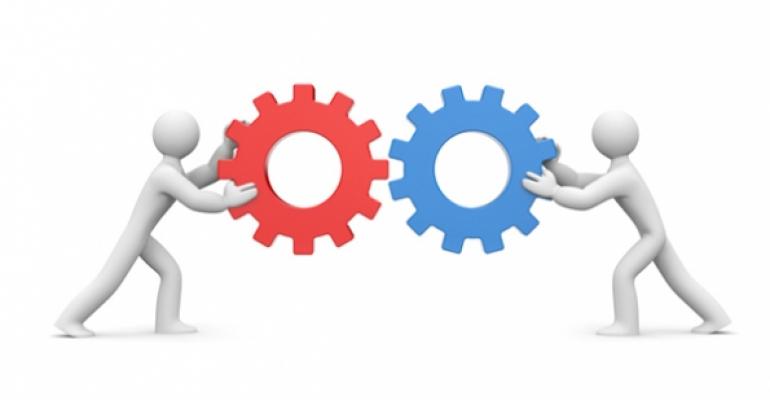 Will the Cousins/TIER Merger Lead More REITs to Join the “Middle Class” Through Similar Deals?

REITs with smaller market caps may view the deal as a green light to position themselves as more attractive to investors.

The impending $5.9 billion all-stock merger of office REITs Cousins Properties Inc. and TIER REIT Inc. could open the door for other smaller REITs joining forces, one commercial real estate observer says. But another industry insider shuts down that notion.

On March 25, Atlanta-based Cousins and Dallas-based TIER revealed their proposed combo, which would create an office REIT with a market cap of about $7.8 billion.

If the Cousins-TIER deal goes through, smaller REITs like this duo might seek opportunities to consolidate and enter the “REIT middle class,” according to Alex Pettee, president and head of ETFs at Rowayton, Conn.-based investment adviser Hoya Capital Real Estate LLC. Pettee defines the “middle class” as REITs with market caps of $5 billion to $15 billion.

Consolidation among smaller players in the office REIT sector “is probably long overdue,” he says.

“While it’s too early to say that floodgates of M&A are suddenly open, this transaction is certainly a signal that the appetite for public-to-public M&A has improved amid the broader REIT rejuvenation of 2019,” Pettee says.

Alex Snyder, senior analyst at CenterSquare Investment Management LLC, an asset manager based in Plymouth Meeting, Pa., broadly agrees with that assessment. Snyder says he can envision a “bigger fish” gobbling up a smaller office REIT that owns properties in gateway cities like New York and San Francisco.

“Deals that seemed far-fetched six months ago may get a second look, given the improved valuations across the sector,” Pettee says. “It’s amazing what 90 basis points on the 10-year yield can do to sentiment in the REIT sector. Suddenly, the clouds have gone away, and the animal spirits are beginning to re-emerge after a two-year-long hibernation.”

The desire to join the “REIT middle class” through the M&A route prevails across the REIT sector, but that it’s especially noteworthy in the office sector, according to Pettee. Roughly a dozen office REITs linger in the market cap range of $1 billion to $5 billion, he notes.

“I think investors tend to view REITs under the $5 billion threshold as more of a holding company than a true operating company with a scalable platform,” Pettee says. “Once REITs break through toward the $10 billion market cap range and beyond, I think they’re viewed in a different light by investors, more as a true real estate platform that is responsive to national trends affecting the sector.”

The Cousins-TIER deal makes sense, largely because both REITs enjoy a foothold in Sun Belt markets, including Atlanta, Austin and Dallas, he notes. The newly enlarged Cousins will control a portfolio of more than 21 million sq. ft. of class-A office space.

Office REITs likely to feel the effects of the Cousins-TIER merger include Raleigh, N.C.-based Highwoods Properties Inc., the only other pure-play office REIT in the Sun Belt, and Philadelphia-based Brandywine Realty Trust, which owns a sizable portfolio in Austin, Texas, according to Snyder.

“The opportunities to achieve better scale without venturing too far from the core expertise and existing geographical footprint of the REIT are not always plentiful,” Pettee says of the Cousins-TIER merger. “But when those opportunities emerge, they are generally a win for shareholders.”

Daniel Ismail, lead office analyst at Green Street Advisors Inc., a research and advisory firm based in Newport Beach, Calif., rates the Cousins-TIER merger as a “roughly fair deal”—although it inflates Cousins’ balance sheet and places a huge bet on the Austin market. But he foresees “little read-through” for the rest of the office REIT sector in terms of M&A activity.

“This merger was a bit unique, given Cousins’ balance sheet and where its stock was trading, as well as TIER’s relatively small, but attractive, portfolio,” Ismail says. “Most office REITs do not have the cost of capital or balance sheet to do a deal like this.”

In reflecting on the deal, Pettee says some players in the private market missed opportunities over the past two years to scoop up top-notch REITs at NAV discounts of 15 percent to 25 percent. That window has “quickly closed,” he notes.

“I don’t want to speak too soon, but as a public market-focused investor, I feel relieved that we seem to have dodged the bullet and didn’t lose too many REITs to the private markets,” Pettee says.