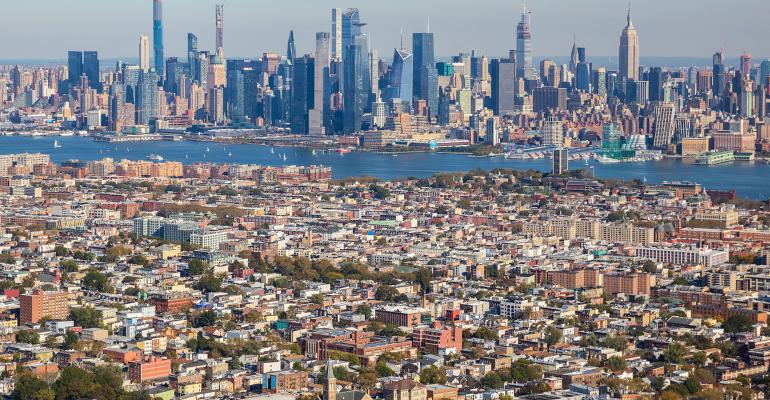 Former company CEO Rizk has abandoned efforts to take over the REIT.

“We do so reluctantly, but we have no choice as it has become abundantly clear that the company is refusing to engage with us in any substantive way,” Rizk wrote in a Feb. 23 letter to Mack-Cali’s board, citing “good-faith attempts” by his Rizk Ventures LLC to negotiate a deal.

The executive said his firm provided a formal indication of interest to acquire Mack-Cali in December, only to be rebuffed in part by requests for additional information, according to the letter obtained by Bloomberg.

“We are left with the clear impression that the board has no genuine intention to even explore a sale of the company, and therefore crafted responses to create an appearance of attempting to engage with us while erecting arbitrary and non-commercial obstacles in an effort to justify its often expressed refusal to engage,” Rizk wrote.

Mack-Cali shares slipped 1.3% to $21.20 in New York on Monday. The company’s stock had slumped 7.1% this year through Friday’s close, putting it among the worst performers in the 164-member Bloomberg U.S. REITs Index.

Last year, the commercial landlord led by CEO Michael J. DeMarco said it rejected an unsolicited offer from another suitor to buy its suburban and waterfront office properties for as much as $2.6 billion, while its residential assets would have been spun off into a new, publicly traded REIT as part of the proposed transaction.

Rizk Ventures, which owns and manages a $2 billion suburban office portfolio of about 10 million square feet, said it had the backing of one of the world’s biggest banks to provide $1.8 billion in financing to complete its portion of the proposed transaction, according to the letter.

Mack-Cali is selling assets amid a strategic review that began in the middle of last year to seek “alternatives for maximizing stockholder value, including a potential sale.” On Dec. 19, the company announced a deal to sell its entire suburban office portfolio for $285 million in cash and $3.5 million of assumed lease obligations to Onyx Equities, Taconic Capital Advisors and Axonic Capital.

On the same day, Reuters reported that UDR Inc. was in talks with Rizk Ventures about whether to make a joint offer for Mack-Cali.

“Your actions demonstrate that the board has no genuine desire to sell the company and provide significant upside to your shareholders,” Rizk wrote in the letter Sunday. “Based upon this belief, we unfortunately are no longer interested in pursuing futile attempts to purchase the company.”