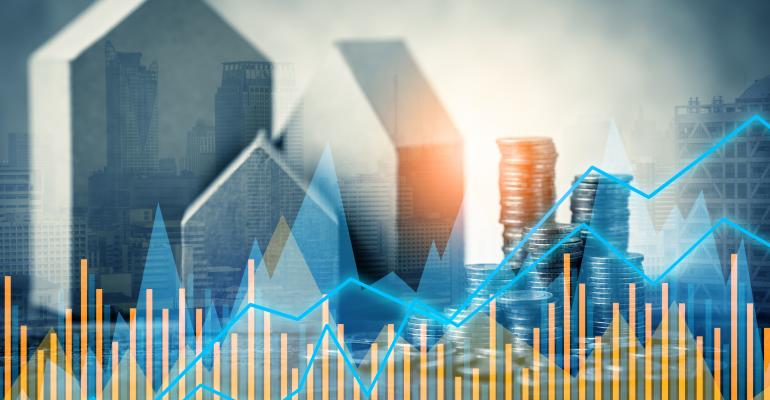 Jon Needell notes that the publicly-traded REITs’ correlation to the general equities market has risen considerably in recent years.

Coming out of the Great Recession, publicly-traded REITs took off. In 2009 and 2010, total REIT returns exceeded 27 percent, according to industry trade group Nareit.

In recent years, though, returns for publicly-traded REITs have come down to earth. In fact, REITs stomached a total return of -4.1 percent in 2018, Nareit data shows. And during the second quarter of this year, no REIT sector posted total returns above the single digits.

Recently, fears of a recession have prompted many real estate investors to pursue income-producing assets without entirely abandoning their market positions. In a lot of cases, they’ve relied on publicly-traded REITs to accomplish this.

However, Jon Needell questions whether investing in “cookie cutter” REITs is the right move. Needell, president and chief investment officer of Kairos Investment Management Co. LLC (KIMC), a real estate investment firm based in Rancho Santa Margarita, Calif., goes so far as to warn that turning to publicly-traded REITs as a hedge is “dangerous.”

These days, portfolio diversification via REIT investments “is not what it’s cracked up to be,” Needell says.

In an interview with NREI, Needell discusses why he believes the attractiveness of private real estate investments rises above publicly-traded REITs.

NREI: Why do you think public REITs are not the great portfolio diversifier that you believe they once were?

Jon Needell: If you go back and look at the early days of what l would call the modern REIT boom, from the early 90s to 2000, the correlation of REIT stocks to the general market was really low—something like 0.20 or 0.25. So, it was traditionally pitched as a way to have a less-correlated stock offering in your allocations. And it was true, and it was a great dividend payer as well. But then it started to become an accepted allocation, and the indexes started to include some of the bigger REITs. So, when the underlying index starts to add an allocation that was previously not correlated, it becomes more correlated—a self-fulfilling prophecy.

If you were to look at correlations of REIT stocks now compared to 2000, the correlations would be closer to 70 percent to 90 percent, depending on the index or the mutual fund you would look at. Most of them have now become much more correlated by being included in the indexes; having more volume of trading and more shareholders has made them move more with the market.

Also, because of the broad diversification of REITs, you may be overexposed to specific risks such as climate change, and those risks may be ignored in a diversified portfolio. Selling non-core assets and trying to be less allocated to certain risks is something that’s fixable, but it’s going to take a long time.

NREI: What’s the alternative to REITs?

Jon Needell: One of the things you can do is invest in private real estate. Investing privately is less correlated than the public markets because your investment isn’t moving with the ups and downs of the public markets anymore; your investment is moving with the real estate market, which is a different market. Plus, private real estate cash flow tends to be a little more tax-efficient and a little higher than REIT dividends. If you’re in a private investment, that is one way to get real estate exposure that provides the low correlation that REITs used to provide.

Volatility is what correlations are about. The public markets tend to measure risk as volatility, and the reality is that volatility is not, in and of itself, risk. Exercising your option to sell during that volatility is risk. Cash flow is generally not included in price volatility, so the higher your cash flow, the less risk you’re taking because you could sell at a loss and still make money or at least cover your basis.

Jon Needell: Whether or not it’s a good idea to buy REITs probably has more to do with whether they’re priced attractively, which I don’t think they are right now. You need to have both REITs and private investment; you can’t just say, “REITs are my real estate allocation.” An allocation to private real estate alternatives provides some of the diversification that’s been lost in REITs over time and provides potentially a different risk level that’s more related to cash flow and less related to volatility than public REITs.