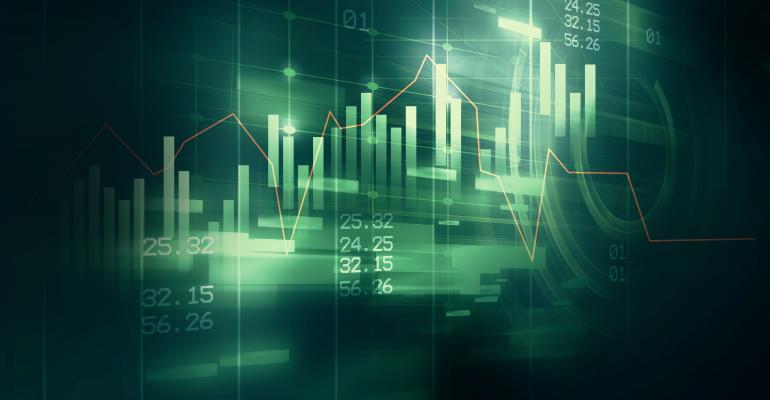 REITs are taking advantage of a healthy rise in stock prices this year to issue new stock. According to a second quarter report from consulting firm PwC, REIT capital raising surged 86 percent in the first half of 2019 to $44.4 billion. Second quarter alone generated 54 equity offerings—the largest quarterly total since the third quarter of 2017.

“The biggest driver of why we have seen an acceleration of public REIT capital raising is mainly due to the improved interest rate environment,” says Tim Bodner, partner, U.S. real estate deals and capital markets and accounting advisory services leader at PwC. REITs tend to trade poorly in a rising interest rate environment due to concerns about less attractive dividend yields. So, the reversal in course on interest rates has been a clear benefit to the REIT sector.

The 10-year Treasury has declined nearly a full percentage point over the past several months from close to 2.9 percent in December to about 2.0 percent currently. In addition, the Fed’s decision to cut interest rates last week bodes well for favorable REIT pricing to continue. “Given that we have had the first rate cut by the Fed in over a decade, and the possibility of further cuts ahead, it wouldn’t be surprising to see REIT management teams continue to take advantage of favorable conditions,” says Chris Wimmer, vice president and head of REITs at Morningstar.

The number of equity offerings is not surprising, considering how well REIT stocks have performed this year. “Companies are more inclined to issue equity given valuations for the REIT sector are near the upper end of their long-term ranges,” says Haendel St. Juste, managing director and senior REITs analyst at Mizuho Securities USA LLC. Many REITs are able to issue equity above NAV and are then investing that capital in expansion or improvements to existing assets. Ultimately, REITs are putting that lower-cost capital to work to create value for the company, which helps drive future earnings and NOI growth, adds St. Juste.

Those REITs that have been actively issuing equity are generally players in the sectors that are trading at a premium to NAV, such as mortgage REITs, single-family rental housing, manufactured housing, data centers, cell towers and healthcare REITs, among some others. St. Juste notes examples of sectors trading above NAV that include healthcare REITs at an average premium of 20 percent to NAV, triple net lease at 14 percent and industrial at 11 percent.

Recent equity offerings include some mega-deals that have raised in excess of $1 billion. For example, VICI Properties Inc. announced the pricing of its public offering of 115 million shares at $21.50 per share at the end of June, which would put its total capital raise over $2 billion.

The gaming and hospitality REIT said that it planned to use cash proceeds that it receives upon the future settlement of the forward sale agreements to fund a portion of its previously announced transaction with Eldorado Resorts Inc., as well as continuing to fund the acquisition and improvement of other properties. VICI announced earlier this summer that it would buy three properties—Harrah’s New Orleans, Harrah’s Laughlin, and Harrah’s Atlantic City—from Eldorado in a deal valued at $3.2 billion.

Other examples of REITs that have executed offerings that are at or above $1 billion include cell tower REITs American Tower Corp. and Crown Castle International, Equinix and Digital Realty Trust in the data center space and healthcare REITs, such as HCP, Ventas and Welltower.

Yet not all REIT sectors have the same access to capital markets. Those REITs that are not tapping equity markets are the ones that are still trading below NAV as issuance would have a dilutive effect on stock prices. Notably, there are some retail REITs still struggling with low stock prices. Surprisingly, issuance from industrial REITs has also been subdued, notes Wimmer. That sector has had the wind at its back for some time. However, concerns about excess supply and a slowdown in industrial manufacturing, may be inciting a bit of a pause in capital-raising initiatives, he says.

The favorable interest rate environment should give REITs some strong pricing power in the second half of the year. “There has been so much capital absorbed this year and stocks keep going up,” says St. Juste. As long as the market continues to value REIT stocks above NAV and REITs continue to prove that they are making good use of that capital by generating earnings and NOI growth, there is a pretty solid green light to keep issuing equity, he adds.

Another area to watch in the second half of the year will be the REIT IPO market. Although IPOs were relatively quiet in the first half, more deals could hit the market later this year. There is more chatter from businesses that are starting to think about initiating an IPO. “We will see how many of those actually happen and how large they will be, but we are starting to see more talk about using the REIT market as a way to exit privately-held investments,” says Bodner.

One factor that could negatively impact how much capital is being raised is the broader volatility that is present in the equity market due to geopolitical factors, such as the lack of a trade agreement with China, cautions Bodner. “While we may have a positive tailwind from the interest rate environment, we could have a headwind created by the volatility in the market,” he says.