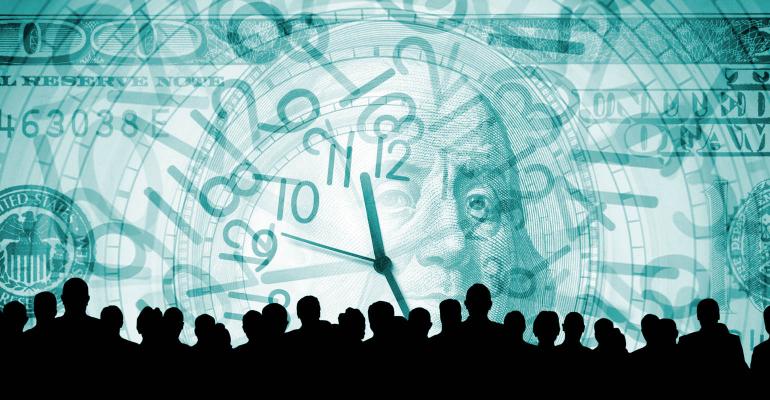 Publicly-Traded REITs Just Posted Their Best Performance in Five Years. It May Not Last.

REITs posted their best total returns in five years in 2019, reports Nareit. But the outlook for 2020 looks murkier.

In light of the 28.1 percent return, Matthew Werner, managing director and portfolio manager at Houston-based Chilton Capital Management LLC, says 2019 was a “Goldilocks scenario” for REITs.

So, will that scenario continue into 2020? Don’t count on it.

In other words, while REITs are expected as a whole to perform well in the new year, they aren’t necessarily headed into double-digit territory for returns again.

“You don’t tend to have back-to-back double-digit years,” Schnure says. “But the real estate economy is on better footing now than it was certainly one year and probably two years ago. If anything, risks of a downturn are less than they were a year or two ago.”

In 2018, amid fears of a recession, the REIT sector dropped to an overall return of negative 4.1 percent—the sector’s first subpar showing since 2008.

As a whole, REITs are entering 2020 on solid footing, according to Schnure. That’s thanks to a favorable interest rate environment, strong operating fundamentals, and generally sound growth in occupancy rates and rents, he says.

Nevertheless, the REIT winners of 2019 are poised to extend their hot streak into 2020, experts believe.

Industrial REITs closed 2019 with a total return of 48.7 percent, less than 5 percentage points above the total return for data center REITs (44.2 percent), according to data compiled by Nareit. Not far behind were infrastructure REITs (42 percent).

While Schnure strongly doubts those astronomical returns will be replicated in 2020, he and others are bullish on industrial, data center and infrastructure REITs.

Alex Pettee, president and director of research and ETFs at Rowayton, Conn.-based investment adviser Hoya Capital Real Estate LLC, envisions the industrial sector will be buoyed by robust demand and limited supply for at least the next decade. Growth in e-commerce is fueling much of the demand, he notes, while regulatory hurdles and a dearth of available land are stunting supply growth.

“Industrial REITs have been priced for perfection for much of the last three years, but the sector has delivered just that—and then some,” Pettee says.

“While there are concerns that the long-term competitive dynamics may shift over time with Amazon becoming a more powerful player, we believe that industrial REITs will retain significant pricing power over the next half-decade, at least, and recognize growth rates near the top of the REIT sector’s average.”

As for data center REITs and infrastructure REITs (including cell towers and wireless infrastructure), Werner notes there’s “more room to grow.” The explosion in data transmission and storage is driving growth in both of those sectors.

However, a shake-up might be on the horizon in the data REIT sector, according to Pettee.

“Given the favorable cost of capital enjoyed by these REITs, we see more consolidation likely in the early 2020s, and would be shocked if there were still five REITs in their current form by 2025.”

Werner expects data center and infrastructure REITs to be two of the top performers in 2020.

At the other end of the spectrum, retail (10.65 percent) and self-storage (13.7 percent) dragged down the overall return of REITs last year, according to Nareit. And industry observers aren’t bowled over by the outlook for these two sectors in 2020.

Schnure acknowledges the ongoing struggles of retailers to adapt to evolving consumer trends and, in some cases, to merely stay alive. But he notes that most retail REITs are managing to maintain healthy occupancy rates, in part because the amount of new supply has dwindled in recent years.

“Bricks-and-mortar retail is here to stay. There’s really little doubt about that,” he says. “A major national [retail] business can’t operate without a bricks-and-mortar location.”

“The outlook [is] better for the strip center and net lease-focused retail REITs, but just when you think the coast is clear, another major retail bankruptcy gets announced,” Pettee says.

As for self-storage, the industry continues to grapple with oversupply in some major markets, although REIT executives say the supply crunch is subsiding. In response to supply concerns, Werner says his firm already had sold all of its self-storage REIT holdings “in anticipation of a pullback.”

“The glory days of double-digit annual rent growth and REIT-sector-leading FFO growth are long gone for the self-storage REIT sector, which has seen a commensurate boom in supply growth over the last half-decade,” Pettee says. “Once a perennial top performer in the REIT sector, developers and new operators have flocked to the sector in recent years, adding new supply at a furious rate, weakening fundamentals.”

However, Pettee foresees a bright long-term future for self-storage REITs, saying that the huge uptick in apartment and single-family rentals “bodes well for a continued recovery into the 2020s, once supply growth returns to normal levels and speculative builders pull back.”