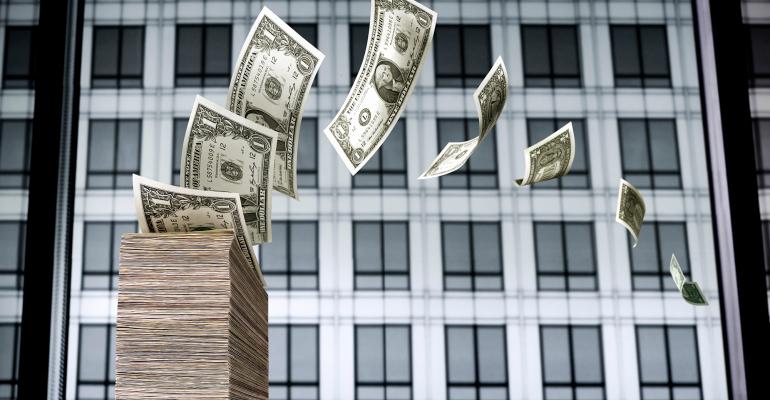 Real estate investment entities were welcoming a steady stream of capital inflows with open arms just a few weeks ago. But now some are doing their best to hold onto cash amid the economic uncertainty generated by the COVID-19 pandemic.

In recent weeks several fund managers temporarily suspended redemptions and froze or cut cash distributions. The move to batten down the hatches to conserve cash has been a common theme across a variety of public and private investment structures, including private equity real estate funds, publicly traded and non-traded REITs and crowdfunding sourced eREITs. “The business decisions that asset managers are making right now are primarily focused around preservation and protection of the underlying portfolio and sustaining liquidity,” says Anthony Chereso, president and CEO of the Institute for Portfolio Alternatives (IPA).

Early examples include some well-known names. It was reported in April that AEW Capital Management would suspend redemptions in its $7.2 billion Core Property Trust, an open-ended diversified real estate fund that invests in U.S. multifamily, office, industrial and retail assets. Fundrise announced in early April that it was suspending redemptions across its mature eREITs and eFunds.

Although some property sectors have been more severely impacted than others, many industry observers expect more announcements ahead. “What we are seeing with the open-ended real estate funds is that the redemption queues are building up quite rapidly. So, the expectation is that most funds are going to suspend redemptions,” says Doug Weill, managing partner of Hodes Weill & Associates, a global capital advisory firm that focuses on investment and funds management.

Among publicly-traded REITs there have been some big swings in REIT prices amid the broader stock market sell-off. However, non-listed REITs and private equity funds are much less liquid. “That can be a good thing, because it can give you time to work through what will happen rather than having a knee-jerk reaction to a situation like COVID-19,” says Kevin T. Gannon, chairman and CEO of the Robert A. Stanger & Company Inc., a real estate investing banking and financial advisory firm. The suspensions occurring now are much the same as what happened in the financial crisis a decade ago. “Right now, cash is king. So, the first thing you do is conserve all cash,” adds Gannon.

Redemption requests have created two significant issues for fund managers. First is the squeeze on liquidity. Funds may not have the cash reserves to satisfy the demand for redemptions without having to sell assets. In some cases, those redemption requests are sizable. For example, PERE reported in early April that Invesco Asia’s core fund was facing $600 million in redemption requests.

Second is the challenge of valuing portfolios in the current climate where very little property has traded since the start of the pandemic and there is still significant uncertainty ahead on the economic impact of the pandemic.

“One of the issues with an open-end fund is that values tend to lag the market, because it takes some time for valuations to be reset,” says Weill. Obviously, if a manager is forced to liquidate in a distressed environment, that is going to drive NAVs down. So, for investors that can get their money out now based on March 31 valuations, that is going to be a prudent move as valuations are likely to drop, he adds.

Some private equity fund managers also are seeing a thinning pipeline of incoming capital. Investors have to stand in line so to speak to wait for their money to be called into an open-end fund. Consultants are telling clients to pull their commitments out if they are able to do so, notes Weill. “The reason is that nobody trusts the valuations right now. If you’re buying in, you don’t want to buy in at a value that is too high, which is the reverse of what is driving people to redeem, which is to get out before the values come down,” he adds. Some investors also are looking to take money out of core and core plus strategies and shift them into funds being created to take advantage of opportunistic distressed investments, he adds.

At this stage, it is too early to predict just how long the temporary suspensions on redemptions and distributions might last. The big question everyone is trying to figure out is how property values have been affected. In the case of the Great Recession, it took several quarters for valuations to hit bottom. Once that bottom was achieved, investors either pulled redemption requests or put more money into funds as values started to rebound, notes Weill. “So, until you see a clear bottom and these funds have been re-valued to current NAVs, you’re going to see this wave of redemptions outstanding,” he says.

Both publicly traded and non-traded REIT asset managers are making similar strategic moves in light of the impact from COVID-19 on the economy and business operations, notes Chereso. “It is prudent and a smart decision to make sure you are preserving your cash and strengthening your balance sheet at this point in time, especially not knowing how long this global financial crisis is going to be sustained and what the recovery is going to look like,” he says.

However, the suspension on redemptions occurring within the non-traded REIT space is heavily skewed towards the legacy lifecycle REITs (entities that have a set, five- to seven-year hold cycle for a liquidity event) versus the NAV REITs (perpetual entities that offer limited periodic liquidity at net asset value). According to Robert A. Stanger, 12 of the 13 NAV REITs have continued to meet their redemption requests. One exception to that is InPoint Commercial Real Estate Income, which had an active offering that it suspended.

The NAV REITs continue to have inflows of capital that is helping to sustain liquidity. In comparison, lifecycle REITs have generally fully deployed capital and are not actively raising new capital. So, they are taking measures to make sure they have ample liquidity going forward, particularly if net operating income is negatively impacted by deferred rents.

If the past downturn is any indication, these investments won’t come out entirely unscathed. However, it will be a mixed bag of some that weather the market challenges better than others. Notably data centers, industrial and self-storage are doing better than lodging, gaming and mall REITs.

“The really good real estate companies know how to preserve capital and they know how to look for opportunities and make money in situations like this. All of that is going to unfold here over the next several months,” says Gannon. “We think real estate is fundamentally good, now we will just see how the managers do managing it.”