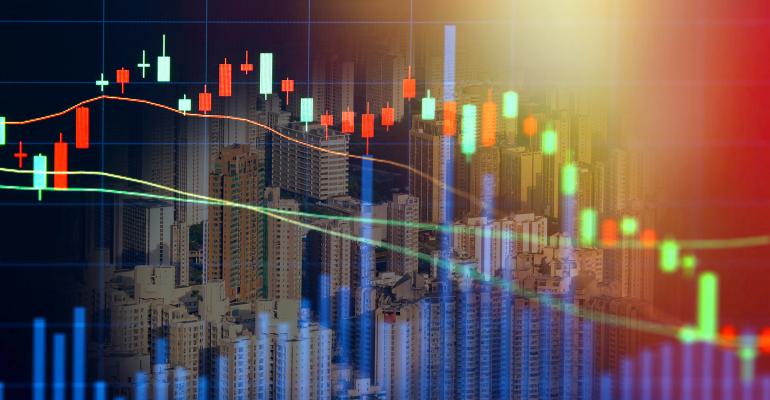 Mini-tenders have been a thorn in the side of nontraded REIT sponsors, and they are also on the receiving end of backlash from other industry participants.

Following a big year of fundraising last year, real estate alternative investment vehicles, such as nontraded REITs and business development companies (BDCs), have been posting more record inflows in 2022. However, one drawback of those structures has always been that investors have few options to get capital out if they need an early exit, which has fueled a practice, mini-tender offers, that some critics view as predatory.

According to Robert A. Stanger & Co., the real estate alts sector has raised $69.3 billion year to date through July—a 95% increase over the same period of 2021. Fundraising has been led by NAV REITs at $23.6 billion, nontraded BDCs at $17.1 billion, interval funds at $15.5 billion and DSTs at $6.0 billion. While capital is pouring into these vehicles, exiting in advance of a planned liquidity event, such as a sale or IPO, can come at a steep price for shareholders.

“I think almost everybody in the industry would agree that there is a need for liquidity options for investors. Where it becomes a debate is what is a fair discount?” says A. Yoni Miller, co-founder of QuickLiquidity, a direct lender for commercial real estate investors that have trapped equity.

A number of opportunistic investment groups have been trying to capitalize on the illiquidity within the real estate alts sector with unsolicited mini-tender offers (less than 5% of company shares) to buy shares, often at bargain basement prices. Examples of mini-tender offers over the past year include:

Such offers are a bit of a thorn in the side of sponsors, and they are also on the receiving end of backlash from other industry participants that are hoping to provide a more legitimate secondary market option for investors who need liquidity. Brian King at Realto Capital describes MacKenzie Capital and others as taking a “vulture-like” approach that takes advantage of unsuspecting retail investors by “A) painting a worst-case scenario for shareholders; B) offering a low-ball price and C) giving them a very short window to ‘act now’–just like a late-night infomercial.” Another point of contention is that third-party tender firms are circumventing financial advisors and going right to shareholders, who may not be sophisticated real estate investors.

“Generally, we think the model, or, more specifically, the discounts MacKenzie tends to offer while leveraging the third-party tender offer model, are predatory,” agrees John Cox, founder and CEO of Cox Capital Partners, an investment management firm specializing in alternative asset management strategies and secondary market liquidity solutions. From time to time, there are some shareholders who become desperate for liquidity for a variety of reasons, whether it is a divorce, death or some other unforeseen event. Oftentimes, they are thrilled to take any available offer because there are no other options to access quick liquidity, even if they feel that the offer doesn’t represent a fair price, notes Cox.

Even the SEC acknowledges that mini-tender offers are often aimed at “catching investors off guard” and offers a list of tips to shareholders.

Traditionally, shareholders seeking liquidity have been limited to options that include:

However, groups such as Cox Capital and QuickLiquidity are working to educate stakeholders about alternatives for liquidity. “Most people have been aware of this liquidity gap in real estate alts for a long time, and we view these third-party tender offer firms as step one in taking advantage of that illiquidity,” says Sean Stephan, a partner at Cox Capital Partners. However, there is a bigger ecosystem that is being built to facilitate liquidity in a very illiquid marketplace, he adds.

For example, Cox Capital does not make unsolicited offers. The firm works with clients, including financial advisors that have a book of business, and underwrites shares on fundamentals that include holdings, distribution and purchase programs, and the path to liquidity. Cox Capital has underwritten assets with as little as a 1% or 2% discount to about 35% for a more illiquid and distressed asset. “Ultimately, what we want to do is do away with these third-party tender offer firms that are really taking advantage and providing unfair values,” says Stephan.

QuickLiquidity also aims to provide an alternative source of liquidity to private real estate investors in vehicles such as LLCs, LPs and DSTs. When the firm was first founded in 2015, its model focused on buying out minority investors at a discount. However, there was usually a big disconnect in pricing, what QuickLiquidity wanted to pay versus what the shareholder was willing to accept, notes Miller.

Six years ago, the firm shifted its model to offer loans secured by minority interest positions in real estate partnerships. Although the firm will present buyout offers for investors who reach out wanting liquidity, the majority of its business focuses on providing loans with the partnership shares as collateral. “This allows investors to access liquidity without selling at a discount,” notes Miller.

Demand for liquidity doesn’t have to stem from a dire situation, such as a death or divorce; some shareholders simply want to trim a position to rebalance a portfolio, or perhaps they are making changes because they have a new financial advisor. “By offering higher prices, we see a lot more people come to the table for more differentiated reasons,” says Cox.

It’s also important to note that these are not liquidity solutions that are being offered in a market that is no longer growing. Just the opposite: The sector is seeing significant fundraising growth, adds Stephan. Big names such as Blackstone and Starwood are attracting more capital, and JP Morgan recently completed a filing for its plan to launch a $5 billion nontraded REIT. “You see some of these more mainstream institutions getting into the space, because of the opportunity set that exists, and you need to build it front to back, meaning you need to give investors liquidity options to make the market more efficient,” says Stephan.