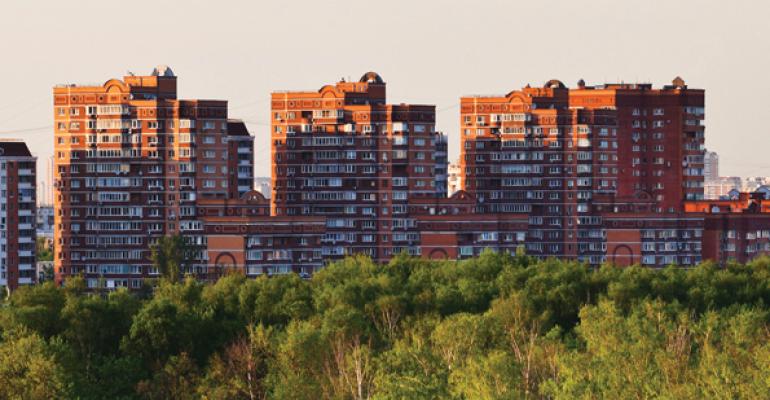 Non-traded REITs reaching maturity are facing a quandary when it comes to choosing the most lucrative exit strategy and the timing of their liquidation events.

There are a number of non-traded REITs that are getting a bit “long in the tooth” and are looking at best case scenarios for exit strategies, says Allan Swaringen, president and CEO of JLL Income Property Trust, a non-listed, daily valued perpetual life REIT that owns and manages a diversified portfolio of assets. Yet despite the improvement in property values in recent years and buyer demand for commercial real estate, unwinding non-traded REITs and maximizing values for shareholders is no easy task.

The short list of potential exit strategies may be even shorter these days given the challenging IPO market. The equities market is back to a new high, but 2016 has been a very, very bumpy road, says Swaringen.

“It makes it very difficult for management teams to feel like they are going to get the best execution when you have this roller coaster of an equities market,” he notes.

Mergers and acquisitions or selling off properties may be the two most attractive options for non-traded REITs that are looking to exit in the near term. For example, Hines REIT recently announced its liquidation plan that includes a definitive agreement to sell seven West Coast office assets in a cash transaction for $1.162 billion to an affiliate of Blackstone Real Estate Partners VIII. Hines REIT is also in the process of liquidating the remaining assets that comprise its portfolio, including Chase Tower in Dallas, 321 North Clark in Chicago and a grocery-anchored retail portfolio located primarily in the southeastern United States.

Although some non-traded REITs are maturing, the exit activity remains modest as the majority of capital-raising has occurred within the past four years—well ahead of the typical hold period of five to seven years. So many of the liquidation events that are occurring may be due to views that prices are peaking or an offer from an aggressive buyer, says Kevin Gannon, president and managing director of Robert A. Stanger & Co. Inc., a real estate investment banking firm based in Shrewsbury, N.J.

Determining the right course of action on an exit strategy is a case-by-case situation that depends on the individual non-traded REIT and the specific make-up of assets in the portfolio. Earlier this year, publicly-traded REITs were trading at fairly significant discounts to their net asset values (NAV). However, that has changed fairly dramatically in the past two months. In fact, public REIT stock prices have hit new all-time highs as an industry.

“So it is probably a closer call today whether you list it or go to a merger or liquidation process,” says Gannon. However, Gannon expects a fairly robust market for sales and M&A activity over the next six months due to favorable financing rates and access to capital and buyer demand for commercial real estate.

It is a little surprising that more REITs are not taking advantage of market pricing to sell assets, notes Swaringen. But if sponsors sell assets and return dividends or capital to shareholders, there is no guarantee they are going to get that capital back to reinvest into a new fund, he says. Non-traded REITs are facing a more challenging capital raising environment due to a variety of factors, including regulatory changes and charges of wrongdoing at one of the industry’s top fundraisers.

The industry is expected to raise about $5 billion this year, according to Robert A. Stanger. Although that is still sizable, it is only half the volume raised in 2015 and one third the fundraising that occurred in 2014.

There is some concern that these non-traded REITs will hold on to assets longer to keep their businesses up and running, notes Swaringen. “So I think it is an interesting time for boards to assess whether they are doing the right thing for stockholders, or are they hanging on to assets when it might be a good time to sell,” he says.

In addition, the new FINRA rules require non-traded REITs to mark to market, meaning they have to value shares based on the current value of their real estate. The question is whether or not the non-traded REIT sponsors can deliver that market value to shareholders in the liquidation event. “So I think this regulatory environment is impacting not just the capital raising, but the uncertainty and the challenge of some of these liquidations and wind downs,” says Swaringen.