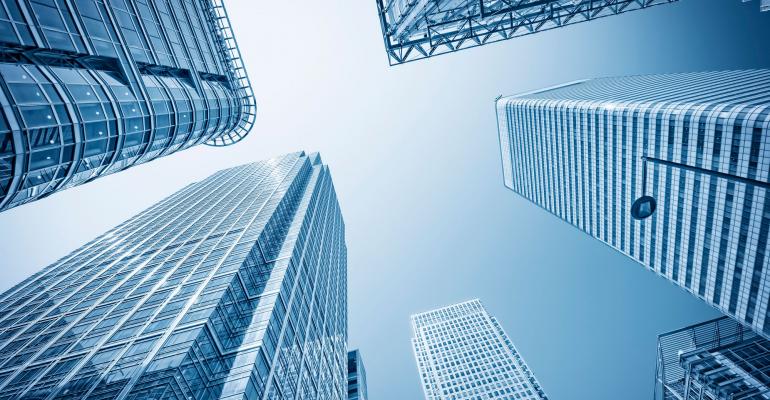 In a Highly Competitive Acquisition Market, REITs Are Treading Carefully

Facing high valuations and heavy competition, REITs are not going wild with acquisitions.

In mid-November, Raleigh, N.C.-based office REIT Highwood Properties Inc. is set to close on its $436 million purchase of the new Bank of America Tower at Legacy Union in Charlotte, N.C. The acquisition, announced in August, represents the costliest deal for an office building in North Carolina history.

To be sure, trophy purchases like the 841,000-sq.-ft., 33-story Bank of America Tower are splashy. But as 2019 nears an end, we’re getting a clear sense that many REITs—most notably those that are publicly traded—have been executing acquisition strategies this year that are more subtle than splashy.

During the first nine months of 2019, Equity Residential purchased 10 apartment properties, with 2,728 units, for a total of about $1.1 billion. The weighted average cap rate was 4.6 percent. As it stands now, Parrell can’t say whether the REIT will be a net acquirer in 2020.

As is the case with a number of other REITs, New Hyde Park, N.Y.-based Kimco Realty Corp. continues to take a “strategic and opportunistic” approach to evaluating acquisition opportunities, Ross Cooper, president and chief investment officer of the publicly-traded retail REIT, said during the company’s Oct. 24 earnings call. In part, that’s because many opportunities are “aggressively priced,” Cooper said. In September, the U.S. National All-Property Index, which tracks prices for U.S. commercial assets, rose by 6.7 percent compared with a year earlier, according to research company Real Capital Analytics (RCA).

As of Sept. 30, Kimco had made just three acquisitions this year; all of them were land purchases. By comparison, the REIT carried out nearly two dozen property sales.

“REITs lining up acquisition financing may find that lower rates allow prospective deals with tight margins to pencil out. Lower interest rates can also compress cap rates, though, which may nudge owners on the fence about selling to put their properties up for sale,” Lari says.

“But interest rates are by no means the only key factor,” he adds. “For many real estate asset classes, the overall demand remains strong with numerous investors, including REITs, as well as many other institutional and non-institutional investors, resulting in a crowded marketplace with more buyers than quality assets available.”

“The trend toward scale does not depend overwhelmingly on interest rates. The trend is larger than that,” Hudson says. “In the short term, as rates go up and down, REITs will describe their acquisition strategies as opportunistically taking advantage of debt pricing or, conversely, continuing to be robust despite more challenging debt pricing. But in comparison to the trend toward scale, [some REITs] see interest rates more as short-term noise that, while interesting, do not obscure the background signal.”

His firm’s REIT clients have, by and large, been net acquirers in 2019, says Lari. “High quality real estate assets in major metropolitan areas with creditworthy tenants remain in high demand and short supply, resulting in historically-low cap rates,” he says.

In the first half of this year, overall cap rates in the U.S. looked like this for four key property sectors, according to commercial real estate services company CBRE:

Regardless of interest rates or cap rates, total investment sales volume for commercial properties in the U.S. grew by 14 percent year-over-year in the second quarter of 2019, climbing to about $130 billion, according to research firm the CoStar Group. It’s unclear how publicly-traded REITs figured into that volume; it’s also unclear what the general sentiment is regarding whether REITs should be earmarking capital for acquisitions.

Acadia Realty Trust, a Rye, N.Y.-based retail REIT, might be a prime example of how REITs are balancing the buy vs. sell equation. The company concentrates on opportunistic/value-add and core/stabilized asset acquisitions—both single-asset and portfolio deals—in markets with high barriers to entry, dense populations and constrained retail supplies. During the nine months ended Sept. 30, the company purchased or agreed to purchase a handful of core properties for $180.3 million.

“We recognize that the U.S. is over-retailed and, whether in primary or secondary markets, many shopping centers will not be able to hold onto their current yields. That’s why we’ve had to be selective in the assets we’re choosing. That’s why we’ve avoided portfolio acquisitions,” Kenneth Bernstein, president and CEO of Acadia Realty Trust, said during the company’s Oct. 24 earnings call.