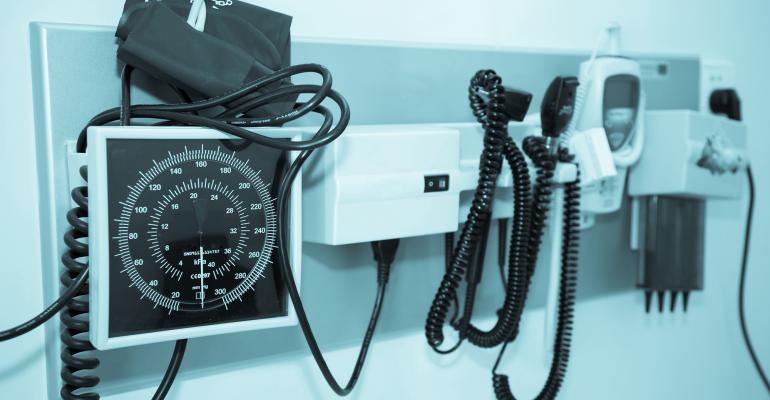 Elliott Pushes for Sale of Healthcare Trust of America

Elliott is a top holder in the REIT and the Florida-based hedge fund has met with the company’s board to discuss a strategic review.

(Bloomberg)—Activist investor Elliott Investment Management has built a position in Healthcare Trust of America Inc. and is pushing for the real estate investment trust to launch a strategic review that includes a potential sale of the company, according to people familiar with the matter.

The Florida-based hedge fund, run by billionaire Paul Singer, has met with the company’s board, the people said, asking not to be identified because the discussions are private. Elliott is a top holder in the REIT, the people said, although the exact size of its stake couldn’t be determined.

A representative for Elliott declined to comment. A spokesperson for the REIT didn’t immediately respond to a request for comment.

Shares in Healthcare Trust of America rose as much as 6.4% after the close of regular trading. The shares had gained about 11% this year, giving the company a market value of about $6.7 billion.

After the abrupt departure in August of Healthcare Trust of America’s founder, Executive Chairman and Chief Executive Officer Scott Peters, others on Wall Street raised the idea of a sale.

“Given the strong bid for medical office buildings (MOB) assets as well as the unclear succession plan, we view a sale of the company as the best course of action,” Citigroup Inc. analysts said in an Aug. 4 note to clients. The analysts speculated that competitors such as Healthcare Realty Trust Inc. and Physicians Realty Trust would be interested in acquiring the company because it would bring them scale in the medical office building space.

Others, like Welltower Inc. and Ventas Inc., might be interested as well because adding Healthcare Trust of America’s assets would help balance their portfolios, according to the Citigroup note. Private equity players could also be interested because they would likely be able to use more debt compared to the public REITs, making their cost of capital more attractive and probably justifying a higher price.

When Peters left in August, the company announced it had launched an internal investigation related to complaints made under its whistleblower policy. It said the investigation was in its early stages and was unlikely to have an material adverse financial impact on the company, without providing details. Management said on a conference call in August that the company was dealing with multiple whistleblower complaints and that “they don’t necessarily tie together.”

Lead director Bradley Blair has taken over the role of chairman, while fellow board member, Peter Foss  has assumed role of interim president and CEO. Both men, as well as fellow director Warren Fix, are approaching or have exceeded the company’s own retirement deadline of 78 years of age for its directors. That could prove a challenge if Elliott were to launch a proxy fight at Healthcare Trust of America because it would make three of the six-member board vulnerable. Proxy advisory firm Institutional Shareholder Services Inc. has also flagged a lack of racial diversity on the board as a concern.

Elliott, with $48 billion worth of assets under management, has pushed for changes at some of the largest and most prominent companies in the world, including AT&T Inc., SoftBank Group Corp., GlaxoSmithKline Plc., among others.