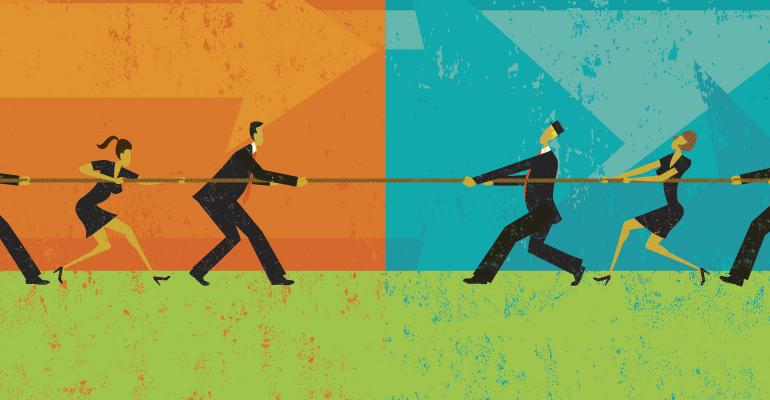 Who Owns Your Investment Performance?

A lesser-discussed aspect of the new SEC marketing rule reignites an old debate—how can an advisor tout their own investment track record after leaving a firm?

Much of the focus on the Securities and Exchange Commission’s new marketing rule, which takes effect in November 2022, centers on the fact that investment advisors can now use testimonials and endorsements in advertising—under certain conditions.

But tucked away in the 430-page final rule is a section addressing a longtime debate in advisor circles—who “owns” an advisor’s investment performance, and are they allowed to market themselves or their new firm by touting that track record?

For many years, lawyers and investment managers have relied on a series of no-action letters to provide guidance on the so-called “portability” rule, resulting in a sometimes confusing legal gray zone. The SEC’s new marketing rule is meant to finally codify that guidance.

In short, the rule outlines four requirements investment advisors must meet in order to use the investment performance in previous firms in marketing and advertising materials: The advisor (or advisors) primarily responsible for the prior performance manage the accounts at the new firm; those new accounts are similar enough to the old ones so the results contain relevant information to the investors; the performance of all accounts that were managed in a similar way is advertised (unless the exclusion of some accounts does not materially improve the overall results — i.e., no cherry-picking); the advertising clearly discloses the performance results were from accounts managed at a different entity.

But lawyers say it’s not a simple black-and-white issue.

“Unfortunately, portability is one of the areas of the new rule that we don’t have a lot of clarity around, and this is in part because when the proposed rule came out, (it) didn’t touch upon portability at all,” says Pamela Grossetti, of counsel in K&L Gates’ Boston office. “So the industry didn’t have the ability to get a sense of the staff’s thinking and raise objections or questions. There was really no dialogue between the industry and the staff.”

Grossetti says it’s clear that if the primary decision-maker for an investment strategy leaves, the firm loses the strategy’s performance record. But the rule doesn’t make clear whether that track record can be ported over to the portfolio manager’s new firm.

Many advisors have employment agreements in place that lay out their ability to take track records with them. Yet securities lawyers say that in many cases, the biggest stumbling block is having access to the historical data to substantiate that performance—difficult to get unless you leave on good terms.

The SEC’s marketing rule also includes amendments to its books and records rule, which now requires an advisor to retain all the records to support the performance presented.

Either way, lawyers say, if an advisor wants to be able to market a track record from a prior firm and claim it as their own, they should put those protections in place early on.

“If you have any sort of proprietary strategies you're looking to track, you better figure out how to protect them, including figuring out whether or not you can take the track record with you,” says Richard Chen, founder of Richard L. Chen PLLC, a law firm in New York. “I think it's more of an interesting issue from an employment law dynamic, employer-employee dynamic than it is from a marketing rule standpoint.”

The issue of portability is central to a recent legal battle between investment manager James Barksdale, and his former firm Equity Investment Corporation in Atlanta. Barksdale founded EIC in 1986 and built up a 30-year track record, running separately managed accounts using his own intellectual capital and approach to value investing, he says.

Barksdale is now at odds with three executives that he hired at his old firm: Andrew Bruner, Terry Irrgang and Ian Zabor. He characterizes his departure from the firm in 2016 as an ousting that was not voluntary.

After he left, EIC continued to market his flagship investment strategy as its own. He called out his old partners and filed a whistleblower complaint to the SEC that cited violation of the regulator’s portability rules for successor firms. So far, the SEC has not taken action to address his complaint.

Meanwhile, earlier this year, EIC filed a lawsuit against Barksdale and his new firm, Barksdale Investment and Research, which is not an SEC-registered investment advisor, claiming he violated his nonsolicit and noncompete agreements by marketing the investment strategy. Barksdale claims he’s not violating those agreements because he’s not managing assets as a registered advisor; rather he’s publishing his strategies as model portfolios.

Barksdale believes he should be allowed to lay claim to the 30-year track record, as he was the one primarily responsible for making the investment decisions and managing the strategy.

“Track records are not tradable assets, separate from the people that were making the decisions,” he says. “They’re not like a baseball card, where you can trade your Hank Aaron and all of a sudden you can market his statistics.”

The conflict was well documented in a recent InvestmentNews article. But Barksdale’s situation highlights the problems with track record portability.

“Absent additional guidance, the way the rule is written, if the strategy is a primary decision-maker—it’s one PM and it’s his strategy and he leaves—you lose that track record,” Grossetti says. “When you’re dealing with a team approach that makes decisions on a consensus basis, the release talks about maintaining a ‘substantial identity,’ which sounds like a majority. But it’s really going to depend on the facts and circumstances in terms of who’s making the investment decisions, how they’re made, who has input, who has final say.”

Dan Bernstein, principal at the Hamburger Law Firm and chief regulatory counsel at MarketCounsel, argues that the bigger issue around track record portability is access to the data needed to substantiate the performance. If an advisor can’t get the data in full, they can’t use the track record.

“You can’t cherry-pick and just say, ‘Well, I have it for 10 clients. I have it for two clients.’ You have to be able to substantiate all that performance,” Bernstein says.

Bernstein says the SEC wants to be able to re-create that performance to establish the “ownership” of the record. But pulling together that historical data is a challenge with teams transitioning out of firms, whether it’s a wirehouse or an independent, he says.

“The rule is pretty well drafted,” he says. “You got to hit these four bullet points, and you’re OK. The challenge is in meeting those four bullet points because of your contractual and privacy issues that you have with your predecessor firm. That’s absolutely the challenge that our transitioning groups have—‘I know all of this performance is accurate, but how the heck am I going to get all that stuff out with me?’”

Advisors can’t just walk out with client data, and the predecessor firm is under no obligation to hand over that information. The SEC’s Regulation S-P, a rule to protect the privacy of consumer financial information, makes it even harder.

In addition to the marketing components, the SEC also included amendments to the books and records rule, changes that compound the difficulty for advisors who want to market their prior performance, lawyers argue.

“Predecessor performance can be substantiated only by maintaining the original books and records underlying the performance,” K&L Gates writes on its website. “The SEC has stated explicitly that using audit or verification statements, or re-creating performance based on a sampling of client statements and/or display performance, would not be deemed sufficient to substantiate prior firm performance and, in the SEC’s view, would present significant cherry-picking concerns.”

If you’re using, say, a fact sheet from 1998 or an Excel spreadsheet to substantiate prior performance, those aren’t going to fly with an SEC examiner, says Chuck Martin, chief operating officer at Vigilant, a compliance firm.

David Spaulding, founder and CEO of The Spaulding Group, a boutique performance measurement consulting and Global Investment Performance Standards (GIPS) standards specialist firm, argues that an even bigger change coming—overlooked by many—will have a broader impact for a certain type of investment advisor.

Currently, advisors can represent their performance using a representative portfolio or models, but going forward they’ll have to calculate the performance of all accounts managed in the same investment style as the basis for their marketing of the performance.

“Under the new rules I have to have all of my accounts under that strategy, and it's retroactive to any period I'm reporting,” Spaulding says. “And also the SEC is saying, ‘Listen, if you have a 10-year or longer track record you have to show a one-, five- and 10-year annualized return.’ Well, for some firms that’d be very difficult to create composites, because they’ve never had composites. They’ve been using a model. They’ve been using a rep portfolio. And now, all of a sudden, they have to go back over a 10-year period. Now, even if they have the records, they may not have them organized in a manner that allows them to easily create composites.”

That’s going to be a lot of work for advisors who, for the last 10 or 20 years, had their favorite portfolio, perhaps their highest-performing portfolio, which is what they would naturally want to highlight.

“Can’t do that after November,” Spaulding says. “It’s a whole new ball game now, and it’s not simple.”

One good thing that may come out of this, he adds, is that the composite requirements may bring folks closer to being compliant with the GIPS standards for calculating and presenting investment performance, developed by the CFA Institute.

Even with the changes, Spaulding doesn’t expect the marketing rule to be as harsh as some expect. He says the SEC will wait a year or so for firms to start implementing the rule, listen to questions from the industry players and will likely put out further guidance around the performance issues.

Regardless of what the SEC rule says, some lawyers note there could be no way around portability issues if it’s written into an employment agreement. Max Schatzow, co-founder and partner at RIA Lawyers, says he’ll often come across provisions in employment agreements over who owns the track record, the performance and the intellectual property.

“We see that too often when you have folks who develop partnerships for businesses and then fail to clearly delineate what assets are contributed, who has rights to what, who has responsibility for what and unfortunately that’s when you get litigation issues,” he says.

Portability is a messy issue and not easily solved, argues Jonathan Boersma, a consultant with Meradia, a strategic operations and technical implementation consulting firm.

“We live in a messy world, and people are moving around,” Boersma says. “It’s not unusual for teams to be lifted out from one firm to another. You have people transitioning all the time, let alone life. And especially these days, we know that life is fragile, and people aren’t going to be there forever. So there’s a fixed timeline or life to some of these track records. That’s just the way that it’s going to be.”