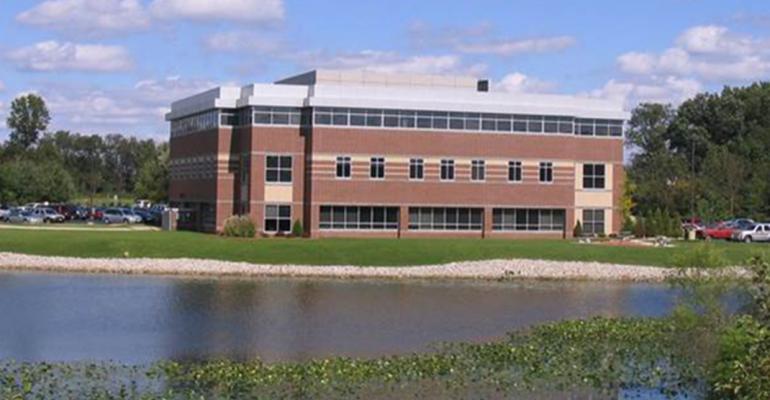 ValMark Securities Prepares for Life After the DOL

How one Ohio-based independent broker/dealer is structuring its business to comply with the upcoming fiduciary rule.

Independent broker/dealers who do a lot of insurance business may be especially vulnerable to the Department of Labor’s upcoming fiduciary rule, expected to go public early next month. That’s why Akron, Ohio-based ValMark Securities, an IBD with a large insurance business, made significant changes to comply with the rule, including creating a new registered investment advisory dedicated to retirement accounts.

“It’s coming,” said Lawrence Rybka, president and CEO of ValMark. “It doesn’t matter whether it works, whether there are flaws, whether eight months is too fast [to implement this rule].”

A small independent broker/dealer with about 400 brokers across 115 offices, ValMark grew out a life insurance business, which still accounts for about a fourth of the firm’s revenue; annuities make up about 17 percent of the business. With that type of product mix, ValMark’s executive team knew they might be at a higher risk and started to formulate a plan for complying with the rule 10 months ago.

Part of that plan was to create a new RIA to do individual retirement account and future qualified plan work. The firm has already filed for the new RIA, ValMark Retirement Advisors, and will open it for business on the effective date of the rule, slated for late this year or early next year. All new transactions having to do with qualified plans and IRA rollovers will go through that separate entity, with clients signing the appropriate contracts and such as part of a new account opening process.

“We’re designing it from the ground up to comply, rather than try to retrofit an existing entity,” Rybka says. “We have tens of thousands of customers [so] that you don’t want to go back and change everything to accommodate a much smaller set of transactions going forward.”

The firm has already created the corporate entity, outlined what it will look like, and sketched out which product sets will come over. ValMark is also planning to charge clients of this new RIA a set of flat rates, rather than a range of fees, to avoid any conflicts. “If you're prohibited from having conflicts, and you have a range of fees you can charge—between 50 and 200 basis points—I would argue, how could you charge anything other than 50 basis points and remain conflict-free?” Rybka says.

Rybka admits this new structure hinges on the Department of Labor grandfathering existing transactions. The proposed rule issued last spring noted that transactions made in accounts prior to the implementation date would not be required to adhere to the new standards. But experts have noted the language and structure were not clear and left a lot of room for interpretation. Should the final rule do away with grandfathering, ValMark would have to move many more impacted accounts to this new entity, creating more paperwork and compliance costs.

ValMark, which currently has about $6 billion under management in its corporate RIA, initially thought moving into a fee-only structure for retirement business would solve all of the issues. But they found moving to a fee-only structure would not be enough, Rybka says, adding that the company will still likely have to utilize the proposed Prohibited Transaction Exemption 84-24 for fixed annuity sales and Best Interest Contract (BIC) Exemption for commission-based business.

So far, Valmark has spent “hundreds of thousands of dollars” preparing for the rule, including retaining outside legal counsel and compliance consultants, according to Rybka. The firm has also put a $150,000 budget in place for preparation costs, including new client contracts, a new website and additional compliance reviews. Currently the firm has nine internal compliance staff and three staff attorneys working primarily on fiduciary issues.

One area Rybka says the firm is still awaiting additional guidance on is the issue of solicitors’ contracts. When ValMark looked at the product sets and the actual contracts, a couple of the advisors were paying the firm as a solicitor.

“It is a very common practice for some RIA firms to recommend third-party investment advisors to manage money for their clients. The RIA is paid a portion of the fees charged in a solicitor’s fee,” Rybka says. According to the firm’s interpretation of the rule, solicitor’s fees paid by another RIA (a third party) would not qualify as conflict-free advice.

And that doesn’t include the hit firms like ValMark may take on future sales. In a recent survey of 485 advisors fielded by Fidelity Institutional, advisors said they expected at least a 5 percent decrease in the number of independent retirement accounts following the rule’s implementation.

Fred Reish, a partner at Drinker Biddle, who has been advising a number of firms on the upcoming changes, says that while it’s too early to tell exactly which aspects of the rule will prove most costly, it’s a commonly held belief that individual variable annuities will be difficult to sell.

“Assuming that’s the case, it could result in lower revenues for the insurance companies that manufacture them and lower income for the broker/dealers and advisors who sell those products,” he says.

Proprietary products face a similar obstacle. That is, it will be more difficult for firms to comply with the new rules, particularly with the prohibited transaction rules, and still sell these products, such as an affiliated mutual fund.

Yet Reish notes that if the BIC exemption is, in its final form, more workable than the proposal, then there could be relief for affiliated products.