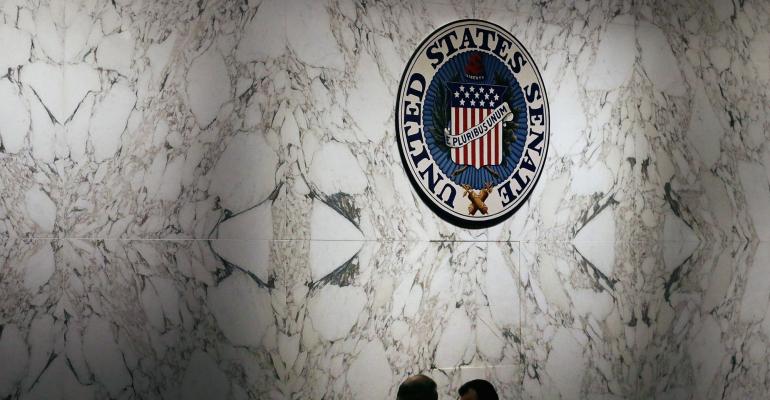 The package of bills includes legislation meant to spur capital formation and expand the definition of an accredited investor.

The Senate Committee on Banking, Housing, and Urban Affairs is considering more than two dozen bills related to securities markets regulation, including many bills that died in the previous Congress. It includes a bipartisan package of bills, colloquially called the JOBS Act 3.0, meant to spur capital formation, prompt more initial public offerings and generally expand the public's opportunities to invest. That package passed in the House of Representatives last July.

The committee held a hearing on the legislation on Thursday morning. One bill that has resurfaced is the Fair Investment Opportunities for Professional Experts Act, which would expand the definition of an accredited investor to include education and job experience.

The Securities Industry and Financial Markets Association wrote a letter to the committee in support of several of the bills, including the Fair Investment Opportunities for Professional Experts Act.

“Financial professionals are uniquely well-suited to evaluate the risks and merits of prospective investments, and access to accredited investors is critical for private businesses unable to access public capital markets,” SIFMA wrote. “Unfortunately, the current definition of accredited investor relies on net worth thresholds for individuals and households irrespective of the sophistication of the would-be investors. By excluding individuals whose professional experience or financial knowledge qualifies them to purchase restricted securities, the current standard unfairly limits Americans’ participation in capital markets and should be amended.”

During the hearing, Thomas Quaadman, executive vice president of the U.S. Chamber Center for Capital Markets Competitiveness, said the Securities and Exchange Commission should consider other ways to expand the accredited investor definition.

“We believe it is appropriate to put in place requirements and tests that correctly define persons who have the sophistication to put their money in complex vehicles and have the ability to withstand losses,” he said during his testimony. “Traditionally this has been done through asset and income tests. The issue with using assets and income to determine who is accredited is that the rule can be both under- and over-inclusive at the same time: It can leave out a sophisticated and savvy investor who may not meet the financial thresholds, while including a wealthy person who has no experience whatsoever in the financial markets.”

Also under consideration is the Compensation for Cheated Investors Act, a bill introduced last year by Sen. Elizabeth Warren (D-Mass.) that would require FINRA to establish a pool funded by fines levied against member firms to pay unpaid arbitration awards. The bill would also direct FINRA to track whether arbitration awards are paid.

A report released last year by the Public Investors Arbitration Bar Association found that nearly 36 percent of investors who won their FINRA arbitration cases collected nothing in 2017.

Separately, Sen. Sherrod Brown (D-Ohio) voiced his concerns during the committee hearing over the SEC’s proposed Regulation Best Interest, bringing up a comment letter written by 11 former SEC officials. The officials wrote that the regulation had “weak and incomplete economic analysis” that could impact American families, Brown said.

“That warning should be a red flag for this committee,” he added. “We should call in the SEC to explain.”