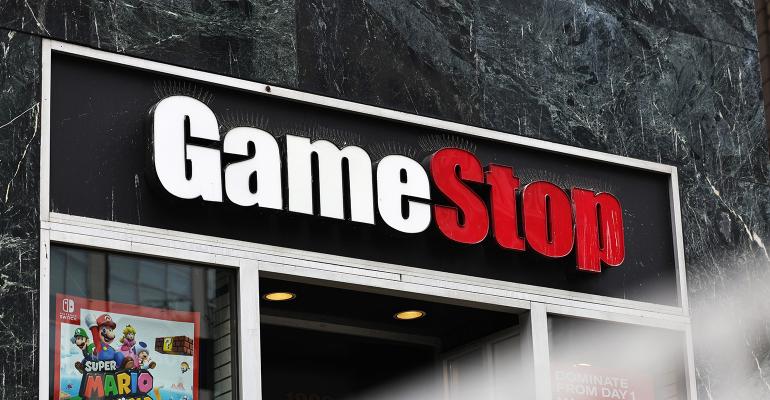 The 44-page document details the SEC’s assessment of one of the most remarkable periods of the pandemic economy, when retail traders took on Wall Street and sent shares of GameStop and other meme stocks into the stratosphere.

The 44-page document -- released Monday -- details the SEC’s assessment of one of the most remarkable periods of the pandemic economy, when retail traders took on Wall Street and sent shares of GameStop and other meme stocks into the stratosphere.

Agency officials didn’t offer specific policy recommendations, but they did say the episode warrants a close look at factors that prompt brokers to restrict customer trading, video-game-like features popularized by online trading platforms, short-selling and payment for order flow. All are areas where Gensler has said the SEC might have to strengthen regulations as part of an aggressive agenda that’s likely to ensnare hedge funds, Robinhood Markets Inc., Citadel Securities and other firms.

Read More: SEC Chief to Wall Street: The Everything Crackdown Is Coming

A key narrative of the GameStop incident is that an army of retail traders set off a massive short squeeze by driving up stocks that hedge funds were betting against. They did so by flooding the market with purchase orders, forcing the hedge funds to also have to buy shares to cover their shorts, pushing GameStop even higher.

Yet the SEC said that story isn’t entirely backed up by the evidence. GameStop purchases by those covering shorts were “a small fraction of overall buy volume” and the company’s share price remained high even after the direct effects of such trades should have waned, according to the regulator.

“The underlying motivation of such buy volume cannot be determined,” the SEC said. “Whether driven by a desire to squeeze short sellers and thus to profit from the resultant rise in price, or by belief in the fundamentals of GameStop, it was positive sentiment, not the buying-to-cover, that sustained the weeks-long price appreciation of GameStop stock.”

Perhaps the biggest victim of bullish investors banding together on Reddit and other social media platforms to push GameStop higher was Gabe Plotkin’s Melvin Capital. The hedge fund had a big short on GameStop and its January losses led to the firm getting a $2 billion cash infusion from Ken Griffin’s Citadel and roughly $750 million from Steve Cohen’s Point72 Capital Management. Still, the SEC said the hedge funds mostly emerged from the situation unscathed.

“Staff believes that hedge funds broadly were not significantly affected by investments in GME and other meme stocks,” the regulator said in its report. “Staff did not observe that any advisers to private funds and registered funds experienced liquidity issues or difficulties with counterparties.”

One hotly debated topic also addressed in the SEC report, albeit less definitively, is whether hedge funds pushed Robinhood to restrict customers from adding to their GameStop positions in late January as the stock was surging.

Robinhood has repeatedly argued that it halted buy orders due to demands from its clearinghouse that it post more capital to deal with the heightened risk. The issue was a top focus when Robinhood Chief Executive Officer Vlad Tenev faced a barrage of questions from lawmakers during a February House hearing.

In its report, the SEC did note that clearinghouses demanded billions of dollars in additional margin from member firms and that brokers temporarily barred clients from purchasing additional shares.

“January’s events gave us an opportunity to consider how we can further our efforts to make the equity markets as fair, orderly, and efficient as possible,” Gensler said in a statement accompanying the report.

The SEC chief has signaled that he plans to take up many of the issues raised in the document. Notably, the agency has signaled that it may propose rules by April targeting payment for order flow and the market dominance of firms that execute orders. It also just finished collecting public comments on brokers’ digital engagement practices.

The SEC’s two Republican commissioners, Hester Peirce and Elad Roisman, questioned the report, arguing that few “conclusions can be drawn from the data.” In a statement, they said they’ve seen no evidence that payment for order flow or off-exchange trading caused the meme-stock frenzy.

“This report should have been an anodyne report on the events of earlier this year and, if evident from the data, an assessment of the causes of those events,” the GOP members of the SEC write. “Surprisingly, the report turned into an account of those events awkwardly intertwined with discussions of market practices and policies that mirror Commission-level conversations unrelated to the specifics of January’s events.”