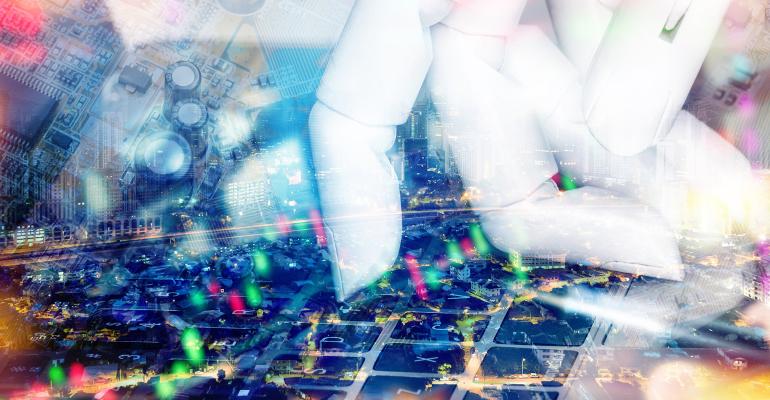 Two cases late last year and recent regulatory actions have underscored the need for firms to work this year on developing practice standards if they offer robo-advisory services or expect to do so.

NEW YORK (Thomson Reuters Regulatory Intelligence) - The growth of “robo advisors” in financial services has both intrigued investor-protection and regulatory bodies and concerned them, as the prospect of adding efficiency and promoting financial technology comes along with the duty to protect investors.

Two cases late last year and recent regulatory actions have underscored the need for firms work this year on developing practice standards if they offer robo-advisory services or expect to do so.

Digital advising platforms generally provide tools to streamline client onboarding and account opening; digitize processes such as signatures, and increase the efficiency of clients’ and the firm’s workflow.

Generally, robo-advisers collect information regarding the investor’s financial goals, investment horizon, income and other assets, plus their risk tolerance, all through online questionnaires. From those responses, the advisory business creates and manages an investment portfolio for the investor.

Many businesses sell the service by showcasing the potential cost savings to consumers and the performance advantages of automated features.

Given those selling points, and this being a relatively new financial technology that businesses still need to explain, digital marketing through websites and social media is central to the robo-advisory business. And that is the focus of regulatory scrutiny.

Regulators are looking at marketing and compliance programs to ensure digital marketing techniques like retweets and blog referrals are describing the robo-advisory technology truthfully.

As advisers are subject to a strict fiduciary standard of care for investors, firms offering automated advisory services must be able to meet stringent standards of documentation and fee transparency.

The Securities and Exchange Commission (SEC) has for some time provided guidance on robo-advising and publicized its intentions to scrutinize robo-advisory firms. In December 2018 it brought its first two enforcement actions against firms for their use of robo-advisers.

The SEC charged Wealthfront Advisers, an online robo-adviser that provides software-based portfolio management and had more than $100 billion in assets under management.

The SEC focused on Wealthfront’s tax-loss harvesting program, or “TLH,” which the firm used to “create tax benefits for clients by selling certain assets at a loss that, if realized, can be used to offset income or gains on other transactions, thereby reducing clients’ tax liability in a given year,” according to the commission’s settlement order.

Wealthfront issued white papers on its website that contained disclosures and information generally about the TLH technology and how the firm would be monitoring it. The SEC focused on these assertions and how the disclosures reflected actual practices by Wealthfront.

From October 2012 to mid-May 2016, the SEC said in its order, the firm falsely stated in its TLH white paper that it monitored all client accounts to avoid any transactions that might trigger a wash sale.

The settlement order describes a wash sale as “something that occurs when an investor sells a security at a loss and, within 30 days of this sale, buys the same or a substantially identical security.” Such a sale prevents the tax benefit of having sold the asset to realize a loss.

The commission noted that, until mid-May 2016, Wealthfront failed to monitor client accounts to avoid any transaction that could trigger a wash sale. At least 31 percent of accounts enrolled in this program experienced some sort of wash sale, representing about 2.3 percent of the tax losses harvested for clients, the SEC said.

Also misleading were tweets on Wealthfront’s Twitter feed that featured selectively republished posts by Twitter users making positive statements about Wealthfront. The commission said some of those retweeted posts were from sources that Wealthfront “knew or should have known had an economic interest in promoting Wealthfront, without disclosing the conflict of interest.”

The SEC said in its order that the company’s compliance department failed to review the retweets before they were posted and that the business paid bloggers for successfully soliciting new clients to open accounts with Wealthfront.

"Wealthfront did so without following the disclosure and documentation requirements of the Advisers Act rule 206(4)-3, the Cash Solicitation Rule," the SEC said.

Just as it settled charges with Wealthfront Advisers, the commission also settled with New York City-based Hedgeable Inc., over charges that it disseminated false and misleading material and performance data. The agency described Hedgeable as a business that was "winding down," although it had been registered as an internet investment adviser since 2009.

In 2016 and 2017, the SEC said Hedgeable posted on its website and social media platform a “Hedgeable composite” index that supposedly allowed current and prospective clients to compare the investment performance of Hedgeable’s clients from 2014 and 2015 to two other robo-advisers.

The SEC said the details in the composite were misleading in several respects.

The Hedgeable composite only included a small subset — less than 4 percent — of the total number of Hedgeable clients during the 2014 and 2015 period. And the firm did not base those two advisory firms’ performance — the annualized returns their clients enjoyed — on actual trading. Rather, the figures were based on approximations of performance as described on those two firms’ websites, the Commission stated.

The SEC also said that Hedgeable posted misleading fact sheets on its website that overstated the returns of various Hedgeable exchange-traded funds.

Wealthfront and Hedgeable were both charged with willfully violating Section 206(2) of the Advisers Act which prohibits fraud, and Section 206(4)-7, the Compliance Program Rule, which undergirds the obligation for registered firms to have a compliance program in place with the policies, procedures, and controls necessary to ensure compliance with all applicable laws and regulations.

Wealthfront was also charged under rule 206(4)-1, which prohibits untrue or misleading testimonials, and the Cash Solicitation Rule (rule 206(4)-3), which prohibits advisers from paying a cash fee, directly or indirectly, to any person who solicits clients for the adviser unless the arrangement complies with a number of strict conditions.

The business was further charged with violating parts of the Books and Records Rule (rule 204-2(a)), which requires advisers to retain copies of advertisements or other communications that the adviser circulates or distributes to 10 or more persons.

Finally, Wealthfront was also charged with making a willfully untrue statement of material fact in a registration application of report (Section 207).

The firm was censured and agreed to pay a $250,000 fine, a relatively low penalty given the number of charges levied and the nearly four-year timeframe of the violations noted in the settlement agreement.

Hedgeable was separately charged with violating rules that prohibit advisers from publishing or distributing untrue or misleading advertisements (rule 206(4)-1(a)(5)) and a rule that establishes recordkeeping requirements for advisers offering performance data for clients (rule 204-2(a)(16)).

In October 2018, the SEC released a Risk Alert highlighting the most common investment adviser compliance problems related to the practice of hiring solicitors, governed under rule 206(4)-3 or the “Cash Solicitation Rule.”

In general, complying with the rule includes a written arrangement between the adviser and outside solicitor.

The SEC found that some third-party solicitors were providing solicitor-disclosure documents that were missing key information, such as descriptions of the nature of the relationship, including any affiliation between the solicitor and the adviser and their terms of compensation.

Advisers must be diligent about how these agreements are worded, ensuring vague or hypothetical terms are not used and specific ones are used to describe the solicitor’s compensation and the fact that solicitation fees are being charged in addition to the advisory fee.

A lot of this comes down to how an adviser manages its business partners; advisers must try to ascertain whether third-party solicitors comply with solicitation agreements and be able to describe the efforts it has taken to supervise the third party.

Disclosures in this arena also involve informing an investor of the responsibilities and risks of investing in a particular manner, plus the costs involved in investing, transferring and trading securities.

In the investment adviser context, the fiduciary responsibility that the registered representative or investment adviser has to a client makes these disclosures imperative and they must be clearly communicated, not buried in the small print on the backside of a report or flashed unintelligibly on a TV screen.

The misrepresentation or omission of facts about an investment can take many forms, such as failing to inform a customer of negative financial information or giving baseless price predictions and assurances of an investment’s future success.

Some steps for overseeing and reviewing inadequate advertising practices include:

The robo-advisory sector has some strong advantages, and some of its drawbacks might be eased as technology improves. A company’s proprietary algorithm may help to take the emotion out of investing and offer the investor better returns for a lower cost.

But a would-be client using a robo-adviser to realize financial goals might also have issues and concerns that could best be handled in a conversation with a human being. Such conversation is often integral after a significant market drop.

Robo-investment platforms (like Wealthfront’s) have automated metrics in place to ensure that an investor’s portfolio remains balanced; after a sale is made, for example, the system will purchase another ETF to replace one that was just sold.

The idea here is that a financial adviser cannot possibly identify the numerous tax loss harvesting opportunities that are available in multiple portfolios.

But human beings in the compliance department must nonetheless ensure that the technology is functioning as intended — that there is periodic checking and reliable sampling of the financial technology and its output.