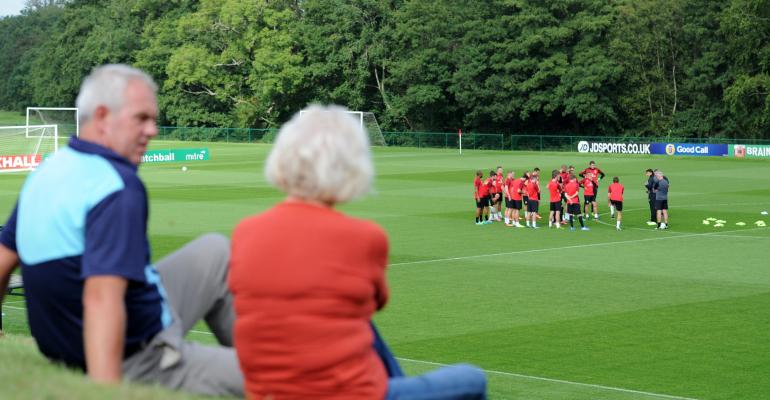 A financial advisor who seeks to manage the entire relationship and not just the investments will likely have a long lasting bond with both the client and their family members.

The aging client is a topic of significant concern. Today, one in four 65 year-olds will live past age 90, and one out of ten will live past age 95.  Most recently, FINRA and the SEC issued a report to help guide broker-dealers refine their policies and procedures as it relates to senior investors.  Regulators have focused their attention on the fact that unscrupulous financial representatives may take advantage of seniors.

In 2011, FINRA issued a regulatory notice about the use of certifications and designations that imply an expertise in advising seniors. In 2013, the SEC published an Investor Bulletin on the same topic. In the same year, several government agencies issued guidance to financial institutions regarding the reporting of suspected financial exploitation of seniors. It brought to light the fact that firms have an obligation to protect the privacy of their clients from third party abuse.

The media is quick to report about cases of financial professionals selling unsuitable investments to seniors or preying on their weaknesses. However, those stories are often unusually sensational and shocking and, regrettably, leave the whole financial services sector with a black eye.

However, the story less often told and perhaps more common, is that of a client not being directly exploited by an advisor, but merely pushed into making decisions he/she might not be prepared to implement. It is the story of the aging client who entrusts their child, friend or neighbor with their finances only to be duped into thinking these individuals had their best interests at heart. In many cases, the senior client is not in a diminished capacity but is simply pressured by her family into making financial choices against their better judgment.

The following story—real names withheld—will provide a good example. I recently had a conversation with an advisor regarding Mr. Jones, his 82-year-old client. Mr. Jones lives independently in the house he shared with his wife of 57 years. Last year, after she passed away, Mr. Jones’ son, Jerry—who is 56—called the advisor to inform him that his father was a bit “lost” after his wife’s death. He argued that his father shouldn’t be managing finances. Furthermore, he contended that the investment account should be reinvested in growth stocks while bonds and other income oriented holdings be liquidated.

The advisor explained that Jerry had no authorization to speak with him about his father’s account and that in his opinion Mr. Jones was quite sharp with his finances. Not surprisingly, Jerry was infuriated and within ten minutes Mr. Jones called the advisor to grant permission to speak with his son. The advisor clarified to Jerry that Mr. Jones had been his client for over twenty years and had always been a conservative income oriented investor, who enjoyed receiving monthly income checks he used as discretionary income.

Soon after that conversation, the advisor learned that Jerry had taken over his dad’s finances, put him on an allowance, and instructed his father to call the advisor to change investment strategy. However, Mr. Jones never requested the advisor to straightforwardly change the asset allocation,. After two weeks of back and forth banter, Jerry threatened to file a complaint against the advisor with the regulators. Despite the advisor’s reiteration that changes to the account could be made only with specific approval of the account owner, a week later the client transferred the account to another firm.

This is a classic example of an unfortunate event that occurs far too often in our industry.  Because it does not fall within the industry’s “suspicious activity” definition, no Suspicious Activity Report [SAR] would be ever filed.

As financial professionals we are encouraged to receive training to detect diminished capacity. Most financial advisors really know their clients well.  Although we are not doctors, we are amongst the first to recognize warning signs of cognitive decline, as math and financial-management skills are usually the first to decrease. Once an advisor detects that their aging client is no longer capable of safely managing financial decisions, then it is a good idea to engage in conversation to determine whether or not they have appointed a power of attorney. This conversation can segue into asking for an introduction to their authorized agent. No matter what the client and the advisor choose, there should be a clear plan when an advisor thinks a client is having difficulty recalling events or not able to handle finances properly.

What is best practice when confronted with family members/loved ones questioning the investment recommendations in a client account? Here are some key guidelines:

Investment professionals wear many hats in today’s marketplace ranging from investment advisor to therapist. Those who are prepared to handle potential transitions of control can play an instrumental role in the life of their clients, ensuring that they are protected from the adverse impact of treacherous financial decisions consequence of cognitive impairment. A financial advisor who seeks to manage the entire relationship and not just the investments will likely have a long lasting bond with both the client and their family members.