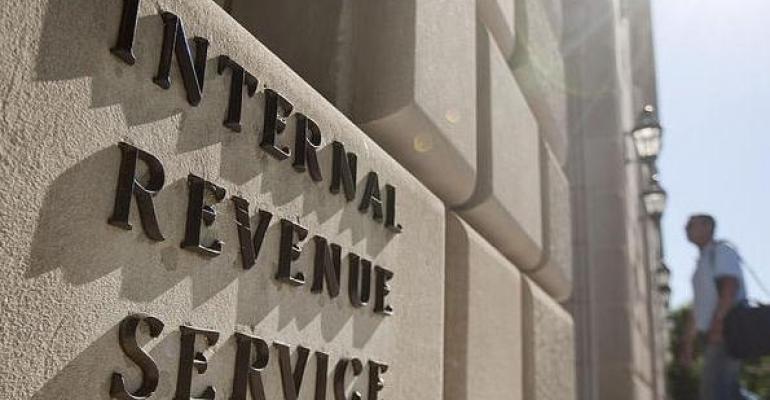 Circular 230 is a portion of the federal regulations that governs the conduct of individuals who practice before the Internal Revenue Service.  Practitioners who violate these rules of conduct are subject to disciplinary actions ranging in severity from monetary sanctions to suspension and disbarment from practice before the IRS.

Effective on June 12, 2014, the Treasury Department and the IRS issued final regulations (T.D. 9668, RIN 1545-BF96) on Circular 230 that significantly change the manner in which practitioners are required to advise on federal tax matters.  While the new regulations make many changes affecting practice before the IRS, this article focuses on the elimination of the covered opinion rules and the new requirements for written advice.  These changes relieve practitioners of certain onerous requirements under Circular 230 and replace them with a more flexible standard of care requiring reasonableness given the specific facts and circumstances.  As the penalties for overlooking these requirements can be severe, it’s important that practitioners be aware of and comply with the updated regulations.

Given the distinction between covered opinions and other written advice and the stricter requirements for the former, practitioners have made every effort to avoid inadvertently providing covered opinions to their clients.  As a result, lawyers, accountants and other tax preparers have typically included a generic Circular 230 disclaimer in their emails and other correspondence purporting to not provide the reader with advice that might be used to mitigate tax penalties.  This disclaimer has been provided without narrow tailoring to the particular advice provided to the client and even if the correspondence didn’t relate to federal tax matters.  When practitioners did provide covered opinions, the cost to the client could become excessive on account of the practitioner’s need to familiarize herself with the applicable portions of the Circular 230 regulations and the requirement, when providing a covered opinion, to undertake certain additional factual investigations and legal analyses.

Recognizing that the covered opinion rules were burdensome and difficult for tax practitioners to comply with, while at the same time not providing significant benefits to taxpayers, the new regulations instead provide a single, uniform set of rules governing all written advice relating to federal tax matters.

The new rules governing written advice are intended to maintain robust and relevant standards that require practitioners to act ethically and competently, while still being practical and flexible for the nature of today’s practice environment.  Under Section 10.37 of Circular 230, a practitioner must satisfy all six of the following requirements when rendering written advice:

1.  Base the written advice on reasonable factual and legal assumptions;

2.  Reasonably consider all relevant facts and circumstances that the practitioner knows or reasonably should know;

3.  Use reasonable efforts to identify and ascertain the facts relevant to the advice;

4.  Not rely on the representations of others if reliance on them would be unreasonable;

5.  Relate applicable law and authorities to facts; and

6.  Not take into account the possibility that a tax return won’t be audited or that a matter won’t be raised on audit.

The determination of whether a practitioner has failed to comply with the requirements of Section 10.37 will be based on all of the facts and circumstances, which aren’t limited to the four corners of the written advice.  This is in contrast to the old rules governing covered opinions, which required, in part, for certain information and analysis to be included in the written advice.  The preamble to the final regulations now only encourages practitioners to describe all relevant facts, law, analysis and assumptions, where appropriate, when providing written advice.

In evaluating all of the facts and circumstances, the IRS will now apply a reasonable practitioner standard when assessing practitioners’ compliance with the new regulations. However, in the case of written advice that the practitioner knows or has reason to know will be used by another in promoting, marketing or making recommendations to another taxpayer, emphasis will be given to the additional risk caused by the practitioner’s lack of knowledge of the taxpayer’s particular circumstances.

The new regulations retain the prohibition of taking audit risk into account when providing written advice on federal tax matters.  However, the new regulations eliminate the former prohibition on describing the possibility or likelihood of settlement once the IRS raises an issue on audit, as this may interfere with a practitioner’s obligation to keep a client properly informed.

There are some important exclusions to what constitutes written advice.  Government submissions on matters of policy, such as commentary submitted to the IRS in response to proposed regulations, aren’t considered to be written advice.  Neither are continuing education presentations that are provided to an audience solely for enhancing practitioners’ knowledge on federal tax matters, unless they’re presentations that market or promote transactions.

The updated Circular 230 regulations provide much welcome relief for tax advisors and clients alike.  These regulations should decrease the incidence of practitioners bending over backwards to avoid inadvertently providing covered opinions.  These regulations should also simplify and thereby reduce the cost of providing clients with written opinions with respect to federal tax matters.  However, by providing tax advisors with a more flexible principles based approach in the rendering of written tax advice, practitioners may be less certain that any of their written advice satisfies the new requirements.  Practitioners can be certain, though, that they don’t need to use any unnecessary Circular 230 disclaimers going forward.