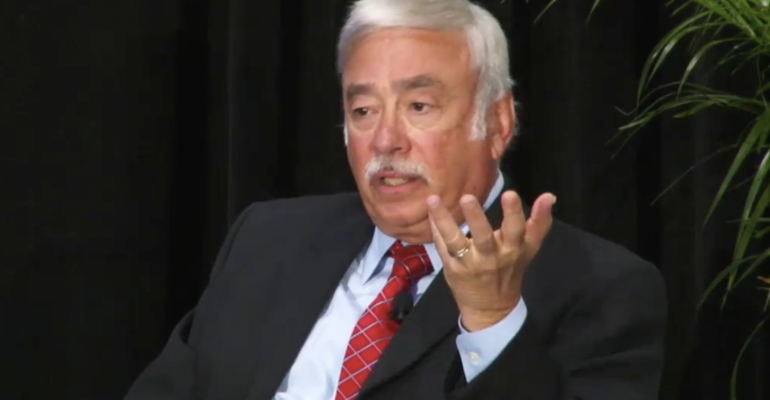 Representative Tom MacArthur (R-N.J.) introduced the Securities Fraud Act of 2018 in February, which would give “exclusive federal jurisdiction over civil securities fraud actions.” State regulators are not happy.

A bill introduced in the House of Representatives in February would severely limit state securities regulators and eliminate a level of investor protection, said Joseph Borg, director of the Alabama Securities Commission and president of the North American Securities Administrators Association.

“The bill will handcuff us,” Borg said during NASAA’s public policy roundtable on Monday. “We won’t be able to bring civil action.”

Borg said the bill reads as though it will deal with companies traded on the exchanges. Yet, a lot of the churning cases he’s dealt with were involving stocks on the exchanges instead.

“You look at that bill and it talks about, ‘Well, these firms are on the exchanges, so they don’t really need much,’” Borg said. “That’s sort of like saying ‘I love the folks at the FBI. They do a great job, but I don’t need any more police or sheriffs on the local street level.’ We all have a role, and there’s not enough eyes to look at it.”

And while the bill will preserve local criminal authority, state regulators will have to use federal law.

“If I show up to my circuit court and said to the judge, ‘Judge, I just indicted so and so; so we need to have a trial day, but judge, you can’t use state law,’” Borg said. “That judge is going to look at me and say, ‘Mr. Borg, this is a state court; I follow state law. They’re my procedures. You want to do that case? You know there’s a courthouse; it’s called the federal court down here. This case is dismissed without prejudice. Go find a yourself U.S. attorney to try this case.’ That’s what’s going to happen.”

That’s going to overload the federal courts, Borg said, and he believes securities fraud actions won’t be treated as a priority.

“If you want to destroy some faith in our markets, let’s go down that path,” he said.

Separately, Borg was asked about the Securities and Exchange Commission’s new best interest standard proposal, which he called “a good first start.” He likes, for example, the limitations on the term “advisor” and how it’s used.

“It’s got a long way to go. It’s a skeleton that needs meat put on the bones,” he said.