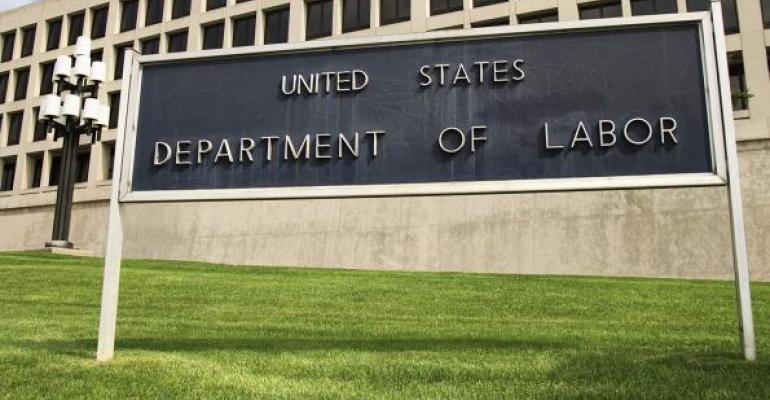 Lawsuits Against the SEC Could Complicate DOL's Own Fiduciary Efforts

If the latest lawsuits challenging Reg BI are successful, that could send the Department of Labor back to the drawing board in its effort to recraft a fiduciary rule for ERISA accounts.

Beyond the challenges these suits will face, the litigation could put a kink in any synchronized rule-making by the Department of Labor, which is slated to revisit its effort at creating a fiduciary rule for retirement account advice by the end of the year after its previous ruling failed to survive a court challenge.

In a House of Representatives committee meeting in May, former Labor Secretary Alex Acosta said his agency was collaborating with the SEC on an investment advice rule package. (Acosta has since resigned from his role at the department in July amid the Jeffrey Epstein scandal.)

“Certainly if they’re going to write a rule that’s relying on the SEC’s rule, and our suit is victorious, it may put the Department of Labor’s coordinating rule back to the drawing table,” said Michael Kitces, co-founder of XYPN.

Micah Hauptman, financial services counsel at the Consumer Federation of America (CFA), agrees that these lawsuits complicate the DOL’s efforts. The CFA, which advocates for investor protection, will not be filing a lawsuit challenging Reg BI.

“It’s not a secret that the DOL is likely to promulgate a prohibited transaction exemption that is based on Reg BI, and I think they’d be wise to take a break while this litigation is pending because if Reg BI is vacated, then the DOL would not have an adequate basis to move forward,” Hauptman said.

But the CFA doesn’t believe the DOL would be on firm ground to promulgate a prohibited transaction exemption based on Reg BI. There are three findings that the PTE must meet: It must be in the plan participant’s interest; it must be protective of their rights; and it must be administratively feasible.

“Our argument is that, Reg BI doesn’t satisfy those required findings,” Hauptman said. “It’s not sufficiently protective of investors, and it’s not in their interests. It was in broker/dealers’ interests, and it was basically to ensure that broker/dealers could continue business as usual, without making any meaningful changes to their business model.”

Stephanie Monaco, member of the corporate and securities practice at Mayer Brown, said the DOL and SEC are separate agencies, and don’t do things in lockstep.

“It’s not like the DOL and the SEC link arms and do things in concert,” she said. “They don’t."

The states face an uphill battle in getting the rule vacated. The first major hurdle for them will be to show that they have legal standing.

“You have to show that there’s a concrete injury,” said David Tittsworth, counsel in Ropes & Gray’s investment management practice. “You have to prove that the injury is traceable to the actions of the defendant—in this case, the federal government, and that it’s likely that the injury will be redressed by a favorable decision. Those are not insubstantial hurdles. And if you don’t get passed standing, you don’t have a lawsuit, so it’s a gamebreaker.”

The states are claiming that the citizens they represent will suffer significant losses as a result of the rule, and that the states will have to step in to help with other benefits.

David Buffa, a principal at the law firm of Bressler, Amery & Ross, believes the SEC has a greater likelihood of success because the states, in their complaint, rely on a provision of Dodd-Frank that authorized but did not require the SEC to put a fiduciary standard in place.

Andrew Stoltmann, a Chicago-based attorney, says the states’ challenge is a long shot, and he believes a more successful challenge of the rule will come through Congress or the SEC itself—when a more “investor-friendly administration” comes in after the presidential election.

“Despite the rule being fatally flawed and a poor attempt at investor protection, the SEC did cross its Ts and dot its Is. I think the solution will be legislative, and not judicial,” he said.