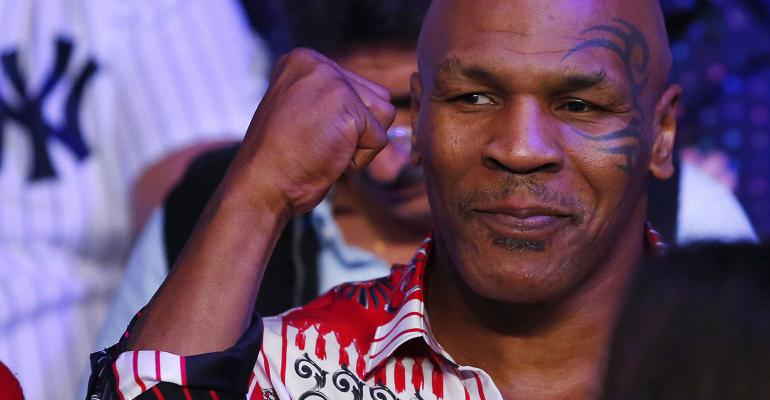 Brian Ourand, formerly of Live Nation-owned financial advisory firm SFX Financial Advisory Management Enterprises, was sentenced to 33 months in prison and ordered to repay $1 million that he embezzled from Mike Tyson, Dikembe Mutombo, Glen Rice and other athletes. The sentencing was brought in a U.S. district court in Washington, D.C. last week.

Ourand would forge the athletes’ signatures on checks he wrote to himself for cash, as well as take out credit cards against their accounts. That includes $40,000 he paid himself after covering $5,000 of the hospital bill for Tyson’s four-year-old daughter, who accidentally strangled herself to death after getting tangled in a cord attached to a treadmill. Ourand used the money for “tanning salons, dental work, clothing, restaurants, home improvement purchases and private school tuition for his girlfriend's relative.”

The charges were filed in December 2015 in a 17-count indictment including federal mail and wire fraud and aggravated identity-theft charges and District theft counts. Ourand, 56, pleaded guilty to just one count of wire fraud and secured a plea deal which kept him from incurring a larger sentence; the charge carries a maximum punishment of 20 years in prison.

The D.C.-U.S. attorney's office alleged that the scheme stemmed as far back as May 2003 and continued through 2011, when Ourand was dismissed by SFX for writing checks and initiating wire transfers from client accounts for his personal benefit.

The former advisor faced separate charges by the Securities and Exchange Commission in March 2016 for misappropriating client funds. He was ordered to pay $671,367 in disgorgement plus interest and a $300,000 civil penalty.

According to the SEC, Ourand's misdeeds were uncovered when former SFX Chief Compliance Officer Eugene Mason, who recently agreed to pay $150,000 and $25,000, respectively, to settle related SEC charges, was contacted late one night in 2011 by Dikembe Mutombo, an eight-time NBA All-Star, four time NBA Defensive Player of the Year and Congolese-American cultural icon. His credit card had been declined and documents showed activity in Ourand's name.

Tyson, who described having a personal relationship with Ourand, filed a $5 million lawsuit against SFX in Los Angeles in February 2013. SFX reached an agreement or settled the lawsuit to repay each client.