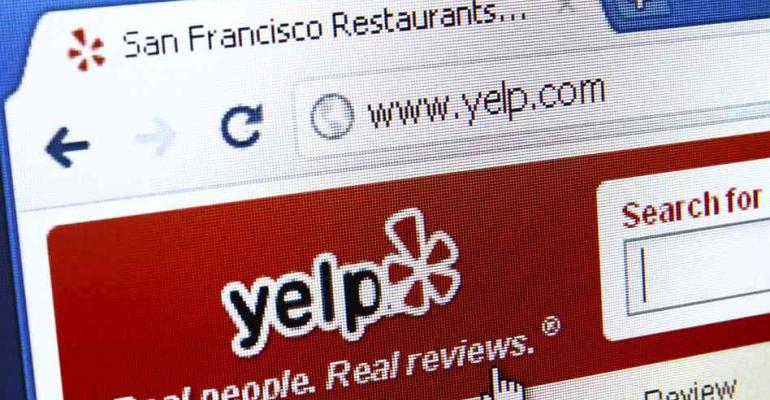 The SEC’s recent guidance on testimonials and social media gave advisors the green light to promote client reviews published on third party review sites, such as Yelp.com or Angie's List. But some say advisor directories like Brightscope are much closer to becoming the go-to advisor review sites in the future because they already have advisor listings in place; they would just have to add the review component.

“I'm not sure they had traditional review sites like Yelp in mind as much as a specific financial advisor review site,” said Stephanie Sammons, founder of WiredAdvisor. “Companies like BrightScope have already laid the groundwork for creating such a site.”

The new guidance gives advisors some flexibly to publicize client reviews published on third-party review websites, as long as the site is independent. The reviews themselves do not violate the regulator’s ban on client testimonials, as long as the third-party site allows visitors to see all public comments, good or bad.

“Clients are pushing for it—they want to be able to rate advisors,” said April Rudin, founder of the marketing firm the Rudin Group. It’s the way the Next Gen clients buy services—they research first on social media and through Internet presence before making a decision, she said.

While Yelp visitors have written and posted over 53 million local reviews, it's less common to find an individual advisor listing on the site, Sammons said. Yelp and Angie's List would have to create advisor listings and expand into the financial services industry.

Exisitng sites with advisor directories, however, do have the infrastructure in place to easily allow user reviews. But should they? Nick Stuller, CEO and president of AIQ Inc.—which offers this capability through its AdviceIQ product—says these sites have a responsibility toward advisors. “Anyone can flip a switch,” Stuller says. But client reviews of financial advice can easily generate false positives and false negatives because the public, by and large, does not understand exactly what advsiors do. It’s different than reviewing a steak or Chinese take-out, he says. So while AIQ could easily build out the capabilities to allow a consumer-review component on its AdviceIQ platform, Stuller says his company has no plans in this direction.

BrightScope, on the other hand, is considering the possibilities. "We are very likely to proceed with the feature in the near future," says president Ryan Alfred, noting he believes the company is “well-positioned” to capitalize on the recent guidance. “BrightScope believes strongly that in order to evaluate an advisor, an individual should have the power to read consumer reviews and testimonials within the context of the advisor's regulatory and employment background.”

Alfred added that websites that can do all of this in one place, while staying compliant with SEC and FINRA rules, would serve investors better than “pure testimonial sites.”

“The bottom line is, financial advisors need to be prepared for the move toward greater transparency," Sammons says.

*AdviceIQ is a product of AIQ Inc., a company in which Penton Media has a stake.