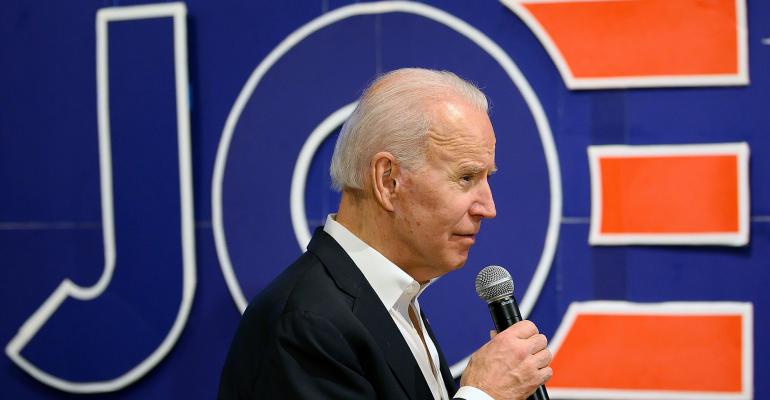 Can Reg BI, the DOL Rule Be Undone by Democrats?

As the Democratic Party vows to reverse the Trump administration’s financial advice regulations, a panel of legal experts says those rules can’t simply be undone.

The Democratic National Committee released a draft of its party platform last week, stating that the party will “take immediate action to reverse the Trump administration’s regulation allowing financial advisors to prioritize their self-interest over their clients’ financial wellbeing.” And while the Democrats don’t name the Securities and Exchange Commission’s Regulation Best Interest, in effect on June 30, nor the Department of Labor’s proposed best interest standard, the platform had a panel of legal experts, speaking at a virtual event hosted by the U.S. Chamber of Commerce, debating whether they could undo these rules.

“Democrats believe that when workers are saving for retirement, the financial advisors they consult should be legally obligated to put their client's best interests first,” the platform said.

Brad Campbell, a partner at Faegre Drinker Biddle & Reath, said that if a regulation has been published in the Federal Register as a final rule for more than 60 days, it’s deemed to be a valid regulation.

“So in other words to remove that regulation, you would have to do a notice and comment rulemaking, or you’d have to take some kind of administrative procedure step,” Campbell said.

One step the administration made to protect the new DOL rule, which includes an exemption that would allow advisors to continue to receive commissions on advice, was to put in place a 30-day comment period, shorter than normal.

Campbell believes the department hopes to get that exemption in final form by October, so that the rule would be on the books long enough to require a new regulatory action to undo it.

But if there’s a change in the White House as well as in Congress, the Congressional Review Act could be used. Under that act, Congress has a window of 60 legislative days, or days Congress is in session, to disapprove of a rule by a simple majority vote. But we’re probably past that point, Campbell said.

Troy A. Paredes, founder of Paredes Strategies and a former commissioner at the SEC, said a Biden administration wouldn’t likely seek to throw out Reg BI.

“The primary criticism, including by those who dissented at the Commission when it came to Reg BI, was that it just didn’t go far enough,” Paredes argued. “The impetus would be less to go back to, if you will, status quo pre-BI.”

Rather, if we have an SEC that shares the criticism that it didn’t go far enough, then that would be reflected in the staff’s examination, inspection, enforcement priorities and interpretation of the rule.

“Instead of saying let’s ‘undo’ it, it could be ‘Well, if we use that, where do we go beyond it?” Paredes said. “I think it would be about the interpretation, the inspection, the examination, the enforcement. Then the question of, ‘Is there something to do to replace or at least build upon, as some may see it, what BI currently provides for?’”

Some financial services advocacy organizations, including the Financial Services Institute, recently put out a petition arguing that the SEC’s Share Class Selection Disclosure Initiative was a form of “regulation by enforcement.” Paredes believes we could hear more of those arguments from industry groups, as the SEC gets farther down the road with its enforcement of Reg BI.

Initially, though, the SEC will focus on the “most egregious shortcomings,” he said.

“As you get farther down the road and those sorts of more apparent, manifest shortcomings have run themselves out of the system, that you get to some of these finer points,” he said.

Specifically, we could see some concerns around firms finding an adequate balance between substantive mitigation of conflicts and disclosure.

“The release talks a lot about that conceptually, but what does that actually mean in practice?” he said.