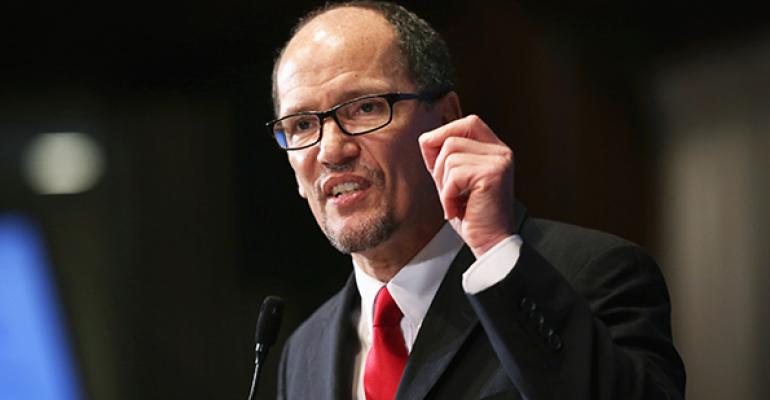 Breaking Down the Fiduciary Rule, Part Four: What is the Potential Impact to Retirement Account Advisement?

The following is the fourth in a five-part series exploring the U.S. Department of Labor’s final fiduciary rule.

The impact of the Department of Labor’s Fiduciary Rule has been a hotly debated topic since its original 2010 proposal. Reaction to that initial proposal was so swift and so negative that the entire idea was shelved for nearly five years, until President Obama’s 2015 directive. The final rule has been met with mixed reviews, though many appear to favor the fiduciary responsibility aspect of investment advice being consistent across all retirement account types, especially IRA rollovers. IRA rollovers, which typically begin as employer-based 401(k) and then “rollover” when an employee has changed companies, were the meeting point in the old regime, where the suitability standard applied to 401(k)s met the fiduciary stand applied to Traditional and Roth IRAs.

Many in the financial services industry feel this rule is still a subjective standard and could lead to frivolous lawsuits because of “judgment calls” made by an advisor regarding compensation. The main concern stems from potential litigation where a jury renders a negative verdict because they disagreed with the advisor’s judgment call in a particular situation.

These potential judgment calls leave some in the industry worried that the new rules place IRA rollovers, IRA owners, new 401(k) participants and anyone holding an annuity into a grey area with potential legal liabilities that were not present prior to the rules change.

Conversely, it is very possible that IRA rollover clients won’t be able to get all the pertinent information necessary to make wise investment decisions without triggering the fiduciary rule or running afoul of the Best Interest Contract Exemption (BICE) aspect of the new rule. The BICE is an agreement between an advisor and a client that applies the fiduciary standard to an account unless otherwise specifically stated. Some industry professionals have lamented this document is only required by the rule to be included as part of normal disclosures, not as a separate, signed document.

A grey area might exist in the rules regime because it will be permissible for an advisor to say to a client “based on your age, income and risk tolerance, someone your age might typically have 40% allocation in a large-cap fund” without triggering the fiduciary rule because that a statement not necessarily viewed as investment advice. However, some advisors worry that they will not be able to explain what a large-cap fund is in that scenario, what underlying investments are in the fund or even go into more details about the asset class itself without triggering the fiduciary standard. One aspect the Labor Department did not dive too far into was this line between observation and advice regarding financial products and strategies.

These advisors openly wonder if they do go into further detail and the client doesn’t take their advice, will they then be liable under the BICE rule for giving “faulty” or “incorrect” advice? The amended rule is not crystal clear in this aspect and it worries many advisors to have such a basic transaction seemingly fall into a grey area.

Another potential grey area deals with 401(k) enrollment for new participants. Traditionally, the Labor Department has encouraged the public to rollover old 401(k)s into their new plan to make sure all assets are working together and avoid additional fees associated with multiple, often unnecessary, accounts. Once a 401(k) has been rollover to an IRA, it is then subject to the fiduciary rule that has been in place since 1940. According to the new plan, many advisors fear, telling someone to rollover a 401(k) into an IRA will now be considered fiduciary advice and could be a prohibited transaction in certain circumstances, depending on potential conflicts of interest.

While some aspects of employer-sponsored retirement accounts appear to still be in a grey area, rollovers being the most prominent example, it is evident that the Department of Labor spent the bulk of its time during the amendment period looking at the transaction level. For any transaction within an employer-sponsored retirement account the fiduciary standard will apply, with the only exception being valuations or appraisals helped by employee stock ownership plans (ESOPs). These securities are exempted as they are often part of an employee’s compensation plan.