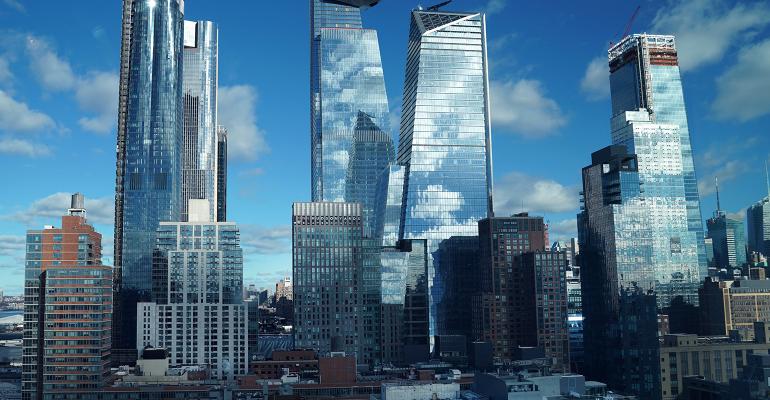 What the Evolving Definition of 'Prime' Real Estate Means for Investors

Understanding this shift and its impact is key for wealth managers.

Commercial real estate is generally a good investment option. It can generate ongoing passive income and can be a good long-term investment if the value increases over time. However, the U.S. commercial real estate marketplace is undergoing a serious paradigm shift that directly affects investors. According to Deloitte, advances in technology, along with globalization and urbanization, are transforming office building tenants’ location preferences, which is reorganizing the list of real estate markets now considered to be prime.

This shift represents a fundamental change in the way commercial properties are being conceived and valued. Understanding this shift and its impact is key for wealth managers who are advising their clients on these investments.

How are “prime” real estate markets being defined?

Certain commercial real estate markets have traditionally been defined as prime—also known as core or primary—markets. These regions, such as San Francisco and New York City, are typically densely populated with strong job growth and have long been sought after by investors.

Other markets have conventionally been defined as secondary or tertiary. Economically strong, but smaller geographically and not as densely populated as the primary markets, these secondary markets include such cities as Austin, Texas; Raleigh, N.C.; Salt Lake City; Portland, Ore., and Reston, Va. These markets have experienced significant demand from corporate America in the past 20 years, propelling them into the prime category.

Many investors have turned to the “newer” prime markets in search of higher yield on their investments, since properties in these markets could usually be acquired at a lower price than those in the primary markets and, after capital improvements, offer a potentially higher return on investment.

This shift is one of the reasons KBS began to invest in best-in-class office buildings in many of these emerging markets, including 222 Main in Salt Lake City; 3001 Washington and 3003 Washington Blvd. in the Clarendon submarket of Arlington, Va.; and Bank of America Tower (North Hills Tower II) in Raleigh, N.C., more than six years ago.

What does this shift mean for wealth managers and investors?

On the contrary, in addition to acquiring properties in the “new” prime markets, KBS still owns many thriving assets in the traditional prime markets, including 201 Spear St. on the San Francisco waterfront and Accenture Tower in Chicago’s West Loop.

What the redefinition does mean is that more markets are now experiencing economic growth than in the past. Thanks to advances in technology and demographic and cultural changes, significant numbers of jobs are being added to these markets, which leads to more commercial real estate development and, as a result, more opportunities for investors to capitalize on this growth.

Demand for office properties and leasing activity continues to be strong across all major markets. We are actually seeing an uptick in lease renewals and longer lease terms for a lot of our larger tenants. Average office leases typically extend for anywhere between five and seven years, and we are seeing tenants sign leases for upwards of 10 to 15 years.

Wealth managers will need to do their research

Today, commercial real estate wealth managers need to understand the dynamics in these “newer” prime markets and be aware of changes in order to advise clients properly.

For example, one of the great worries in the commercial real estate sector over the past decade has been that many U.S. jobs would be moved offshore. A 2007 study by Princeton economist and former Federal Reserve Vice Chairman Alan Blinder estimated that a quarter of U.S. jobs could be offshored. The big losers were expected to include programmers, systems analysts and software engineers.

If that degree of offshoring had actually happened, it would have resulted in less demand for commercial real estate. Instead, the opposite occurred. The technologies that make offshoring possible opened up new markets within our borders. Instead of losing millions of jobs, U.S. markets lost only a fraction of that amount and in fact added a second tier of employment with 1.5 million more jobs—many in what used to be considered secondary markets.

In addition, technology has allowed for remote working, making it no longer necessary for companies or their employees to be located in the traditional primary markets. According to a September article in The New York Times, “technology like cloud computing and video conferencing has enabled these jobs to be done remotely, just not quite as remotely as Mr. Blinder and many others assumed.”

What is likely to change, now that “prime” has been redefined, is that more opportunities to invest in quality commercial real estate are available, which could cause real estate prices to rise.

The bottom line is, real estate investment is a hyperlocal investment where the fundamentals driving one market may not be the same across the country, so stay informed as this shift continues to shape the industry.

Marc DeLuca is regional president, Eastern United States at KBS, one of the largest owners of premier commercial real estate in the nation. KBS is a private equity real estate company and an SEC-registered investment advisor.