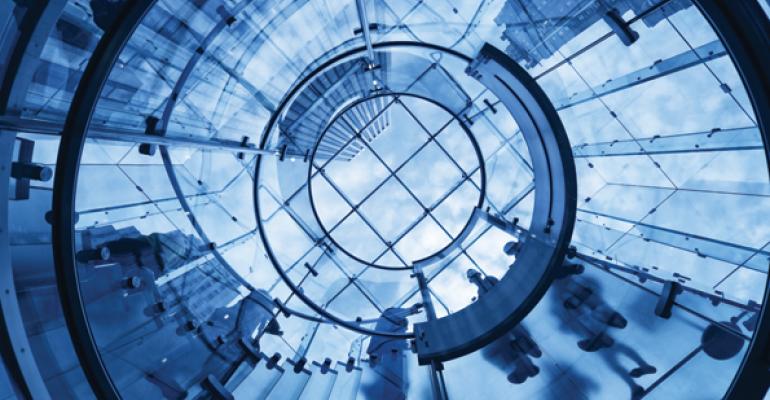 &nbsp;&nbsp;REITs used to be a collection of assets, but they&rsquo;ve evolved over time to focus on shareholder value.&nbsp;

Traditionally, most of the spinoff activity in the REIT universe has involved non-real estate companies shedding their property to focus on what they do best. CBS Corp., for example, spun off its outdoor advertising unit in an IPO in March and recently received a private letter ruling from the IRS allowing it to elect REIT status for the new entity. But now REITs themselves are getting into the game.

Industry experts cite two main reasons why these REITs have made this decision: pressure from Wall Street to “purify” their companies and the desire to maximize the value of their existing real estate assets.

“These spinoffs really indicate an evolution in the REIT space,” says Scott Crowe, managing director of the Resource Real Estate Diversified Income Fund (RREDX). “REITs used to be a collection of assets, but they’ve evolved over time to focus on shareholder value. It’s really a more sophisticated industry these days, and spinoffs are part of that.”

Wall Street analysts and investors have been vocal about their desire for REITs to focus their energy and resources on one property type—referred to as “pure-play REITs.”

By and large, REITs that own multiple property types haven’t been viewed as favorably as those that are pure-play. And many have made moves to simplify their investment story and purify their portfolios.

While some REITs have done so by selling properties—either in one-off transactions or in larger portfolio sales—spinoffs are a more efficient way of moving toward a pure-play model, according to Burl East, CEO of American Assets Investment Management. “Spinoffs allow REITs to achieve their goals in a more rapid fashion,” he notes.

Consider Vornado Realty Trust (NYSE: VNO). Over the past several years, the Paramus, N.J.-based REIT has focused on simplifying everything about its company, from its existing investment strategy to its property portfolio. Over the past two years, the company has sold about $3.5 billion of assets.

In April, the REIT announced plans to spin off its shopping center business, consisting of 81 strip shopping centers and four malls, into a new publicly traded REIT, SpinCo. “These businesses have been together for legacy reasons, but have no real operating synergies,” said Vornado CEO Steven Roth, during a conference call. “By separating, we intend to create two very strong, focused pure-plays.”

The company’s office portfolio, inclusive of those assets that are a mix of office and retail, will consist of 64 properties in just four metropolitan statistical areas. Vornado intends to file the Form-10 registration statement for SpinCo by the end of the second quarter and expects the spinoff to be completed by the end of 2014.

American Realty Capital Properties Inc. (NYSE: ARCP) had previously planned to spin off most of its multi-tenant shopping-center business into a traded REIT, called American Realty Capital Centers. The new REIT would have owned 69 shopping centers. Instead, Blackstone decided to buy the assets of the portfolio for $1.975 billion.

“The previously announced spinoff of our multi-tenant portfolio created visibility and optionality for ARCP in connection with its multi-tenant assets,” said Nicholas Schorsch, ARCP’s CEO, in a statement. “We now believe the sale of the multi-tenant portfolio will deliver the best value creation option to our shareholders and serve to enhance the clarity of our single-tenant, net lease investment strategy.”

Two REITs that have pursed spinoffs—Simon Property Group Inc. (NYSE: SPG) and Ashford Hospitality Trust Inc. (NYSE: AHT)—took the idea of the pure-play REIT to the next level by spinning off assets in the same property sector, but differentiated by quality or property type.

Ashford Hospitality Prime owns and invests in full-service and urban select-service hotels and resorts, located predominantly in domestic and international gateway markets. Ashford Trust will continue to focus on all segments of the hospitality industry.

The market’s response to Ashford Prime has been mixed. Sin “The previously announced spin-off of our multi-tenant portfolio created visibility and optionality for ARCP in connection with its multi-tenant assets. Thus, we were able to explore various avenues to create stockholder value during the time we prepared for the spin-off.  We now believe the sale of the multi-tenant portfolio will deliver the best value creation option to our shareholders and serve to enhance the clarity of our single-tenant, net lease investment strategy, further simplifying and rationalizing our business plan.” Since its listing in November, shares have fallen around 28 percent to just over $15.

Washington Prime differentiates itself from Simon by asset type and quality. The new REIT is comprised of 54 strip centers and 44 smaller enclosed malls across the United States, covering approximately 53 million square feet. Simon will continue to focus on larger regional malls, outlet centers and international opportunities.

During the company’s Dec. 13, 2013, call to discuss the spinoff, when asked about the potential for competition between the two REITs, CEO David Simon said the portfolio will be balanced between the two companies. “Simon will not be in the strip center business. And Simon is not going to be in the smaller, enclosed mall business,” he said.

Industry experts note that Washington Prime will have the size and scale to be a meaningful retail landlord. Its strip center business alone will likely be larger than eight public strip REITs, while its mall business would be bigger than three U.S. mall REITs.

A report from Stifel Nicolaus reviewed Simon’s spinoff move. “Simon’s portfolio becomes more focused post-spinoff, consisting of larger, higher productivity malls and outlet centers. These assets are the primary growth drivers of [Simon] and the spinoff allows management to focus 100 percent of their time and resources on its best assets.”