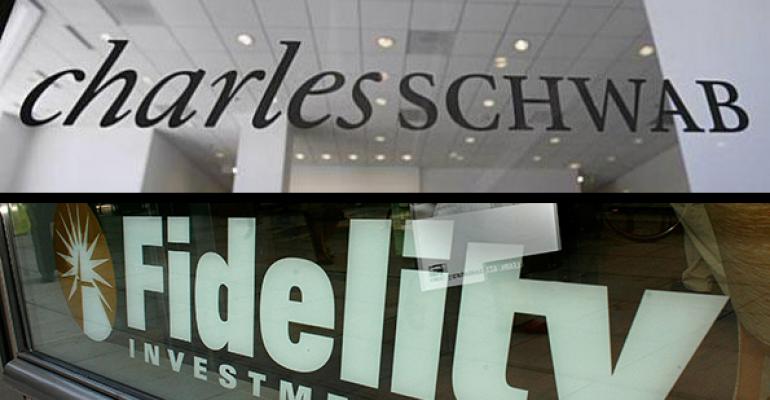 Schwab and National Financial Services, Fidelity’s clearing arm, have lifted their suspension on sales of products distributed by RCS Capital (NYSE: RCAP). Late Monday, RCAP said 70 firms have resumed selling their products. That is up from 50 firms who reinstated in late November.

“We are pleased that National Financial Services and Charles Schwab have resumed processing subscriptions for Realty Capital Securities public Non-traded REIT and Non-traded BDC programs," said Andrew Backman, managing director of investor relations and public relations at RCAP. "Both companies are valuable, long-term partners and we are happy to have worked with them to address their questions and requests and are pleased to see that they have resumed and are resuming subscription processing for their correspondent firms.”

Schwab has agreed to resume selling Hatteras and ARC Phillips Edison, but the firm is still reviewing Cole and other ARC strategies, said spokeswoman Alison Wertheim in a statement.

At the end of October, RCAP’s sister company American Realty Capital Properties (ARCP) announced a $23 million accounting error. Of the 31 investment products that RCAP distributes through its wholesale broker/dealer, 14 of them are affiliated with American Realty.

After the error was announced, several broker/dealers and custody and clearing firms, including LPL Financial, AIG Advisor Group, Cambridge, Schwab and Fidelity, suspended sales of ARCP products. RCAP distributed one unaffiliated product and three mutual funds through LPL Financial, which has not reinstated. Advisor Group has not lifted its suspension.

RCAP also announced Monday its wholesale broker/dealer business, Strategic Capital and The Hatteras Funds raised over $260 million in November. Its wholesale distribution results suffered in the third quarter, with pro forma adjusted EBITDA down 74 percent year over year and revenue down 7 percent over the same period. Equity sales were flat during the quarter at about $2.3 billion.

The firm has 1,041 active selling agreements across 325 broker/dealers and RIAs.

“In supporting those firms, we are on track to have conducted over 75,000 face-to-face meetings, placed more than 1,000,000 outbound calls and sent more than 500,000 investor kits during 2014,” said Bill Dwyer, CEO of Realty Capital Securities.