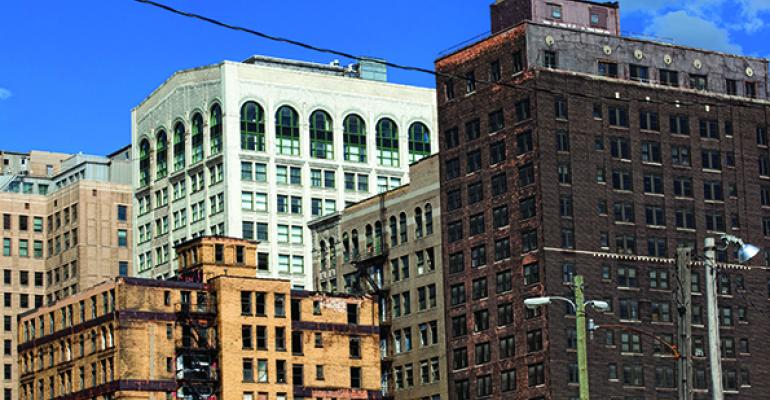 With years of double-digit annualized gains and an interest rate hike on the horizon, are REITs still the place to be? Some advisors think so.

Some investors see the recent falloff in REITs—down 1.43 percent year-to-date, and down 5.9 percent in April alone, according to the MSCI U.S. REIT index—as a natural retrenchment. The asset class ballooned with double-digit annualized gains after the recession, as yield-starved investors flocked into the high-dividend-paying funds. Some less-than-stellar economic data earlier this year was enough to let some of the air out.

But the bigger concern investors are grappling with is how these funds will react to rising interest rates once the Federal Reserve starts to tighten monetary policy, likely at the end of this year.

Several of the best-known tradable REIT funds have lagged, especially since April. The Vanguard REIT ETF (NYSE Arca: VNQ), a good proxy for the broad market, was down 1.4 percent for the year (as of April 30).

“The idea of an interest-rate play is a big part in REITs in general, especially in mortgage REITs, which are 100 percent an arbitrage play on interest rates,” he said.

Melinda Kibler, certified financial planner with Palisades Hudson Financial Group, Fort Lauderdale, Fla., said some of the weakness in the REIT sector could be investors wanting to exit ahead of the possible Fed rate hike later this year, but the concern may be overblown.

“It’s possible if the Fed raises the rates later in this year that we might see an initial dip in performance for the REITs, (on the idea that) interest rates affect borrowing costs. But we don’t think it’s a persistent issue (in the) long term because rising interest rates reflect rising growth, which is a good thing for real estate,” she said.

Kibler said they have a small percentage of client portfolios in REITs to help manage volatility and as a hedge against inflation longer-term, and they are not concerned about the potential for Fed rate hikes. She said between 2004 and 2006, when the Fed was raising the rates, “REITs performed quite well.”

“It’s still a catch-up game where retail investors missed the boat on performance in the asset class and are moving into it,” he said.

It’s the reach for yield that makes REITs still attractive, said Joe Heider, founder of Cirrus Wealth Management in Cleveland. He uses both traded and non-traded REITs in client portfolios. He said he’s not worried about the Fed’s interest rate hike in the intermediate or longer term; rather, his longer-term concern is more about REITs becoming overpriced.

“They’ve become very popular, and (the question is) whether that market has overpriced itself,” he said. 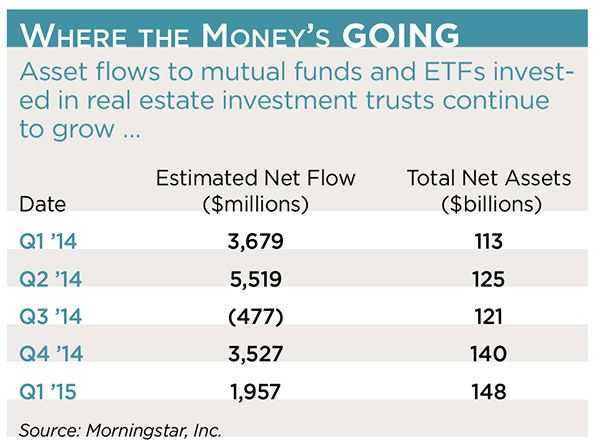 Right now, neither Heider nor Kibler think REITs have gotten out of whack with real estate market fundamentals. With construction still lagging—even as the April Department of Labor monthly jobs report showed a rebound in construction jobs—the supply of new residential and retail buildings is relatively limited. That’s helping landlords charge high rents because of tight supply, they both said, which is supporting internal cash flow.

But just as the number-one rule in physical real estate is location, the same goes for REIT investments, Heider said.

“Real estate in Manhattan is healthy; it is in Chicago. But if you look, there are still plenty of Rust Belt cities where commercial real estate took a hit,” he said.

Heider said he believes the real estate market has another two or three years of solid fundamentals, which should bode well for REITs.

Advisors need to be careful when selecting REITs in the chase for yield. Non-tradeable REITs offer strong yields, about 5 percent to 6 percent, and a greater tax advantage than REIT funds, Heider said, but they are illiquid. Traded REIT funds yield about half that.

“Concerns from regulators are that advisors and broker/dealers are going to oversell them because they get the up-front commission, and there may be liquidity issues down the road.” Heider stresses to clients that the money in non-traded REITs is locked up, and makes sure they understand the pros and cons. “Non-tradeable REITs are to round out or tweak the portfolio on the edges, not at core,” he says.