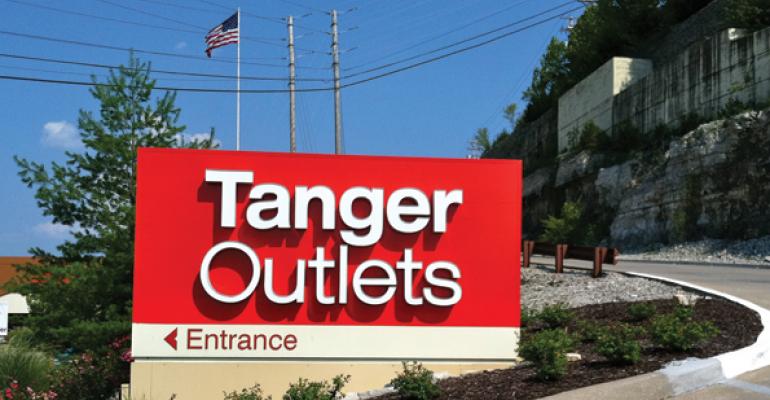 The retail shopping sector has suffered lately, leaving investors skittish about investing in these types of REITs. Yet one area has been resilient: outlet centers.

The six retail REITs with outlet exposure generated Funds from Operations (FFO) per share growth of 12.3 percent in 2013, compared to 9.5 percent for other retail REITs, according to Jim Stevens, a senior analyst of real estate research with SNL Financial.

Because of the size and quality of its portfolio, Simon Property Group Inc. (NYSE: SPG) is the dominant player in the outlet center space, according to Rich Moore, a managing director with RBC Capital Markets.

The Indianapolis-based REIT owns 113 outlet centers mostly in the U.S., but it also has properties in Asia, Canada and Europe. They generate sales per square foot of $608 and account for roughly 28 percent of the company’s NOI.

Since 2000, Simon has developed 24 new outlet centers, and the REIT’s Chairman and CEO David Simon says all the company’s new development is focused on its outlet business. The REIT’s pipeline includes six additional new outlets expected to begin construction in this year and next year.

Tanger Factory Outlet Centers Inc. (NYSE: SKT), the only pure-play outlet REIT, owns 44 outlet centers across the U.S. and Canada, bringing in between 180 and 190 million shoppers.

The Greensboro, N.C.-based company had a record year in 2013. At year-end, its outlet center portfolio was 99 percent occupied, and 2013 marked the REIT’s 33rd consecutive year with year-end occupancy of 95 percent or greater. Moreover, the company’s sales per square foot increased 2.6 percent to $387 in 2013.

Tanger develops one to two new outlet centers annually in the U.S, and over the next five years it plans to develop one center a year in Canada. The REIT targets cash-on-cash returns for new development of 9 percent to 11 percent.

Last fall, Tanger broke ground on the Tanger Outlets Foxwoods, a 314,000-square-foot project that will be suspended above ground to join the Foxwoods Resort Casino’s two floors. Located in Mashantucket, Conn., the casino attracts millions of visitors each year. The center will feature about 80 brand and designer tenants and is slated to open in the second quarter of 2015.

Most sophisticated retailers have a multi-channel distribution model with traditional stores, outlet stores and online stores. “Retailers want to have a presence in all three because they see them as separate distribution channels,” Moore says.

Many luxury brands introduced outlet concepts during the Great Recession, including Bloomingdales and Lord & Taylor.

“Outlet centers have been moving closer to city centers, attracting many of the same tenants, and encouraging customers to stay longer by expanding restaurants and entertainment such as movie theaters, food trucks, and festivals,” Werner says.

By and large, retail development has slowed to a trickle in the U.S. Outlet center development, meanwhile, is going strong. Over the next three years, there are 47 outlet center projects planned for a total of 17 million square feet.

“We expect five to 10 outlet centers to be built each year, and they will likely be successful if done by an experienced development team in a good location with solid relationships with retailers,” Werner says.