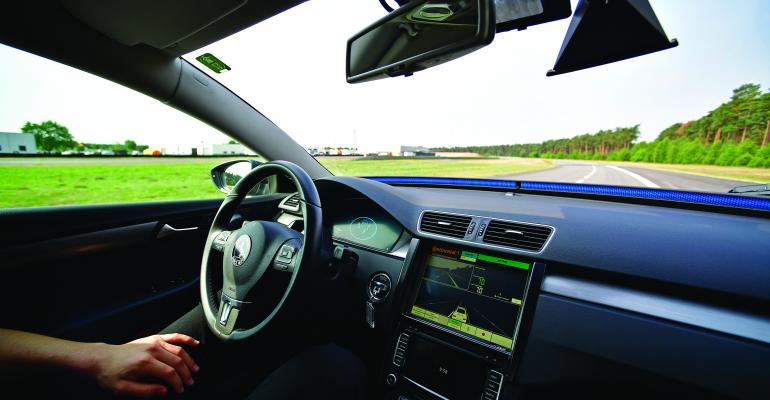 Driverless cars will change the way we live. And that means major changes ahead for real estate.

If you’re an average American, your morning commute probably involves about half an hour in your car. That means about five hours of your work week are spent fighting traffic.
Now, imagine the driverless future. In the morning, you hop into a self-driving car owned by a company like Lyft or Uber. You flip open your laptop and start working while your vehicle drives you quickly and safely to the office for less than the cost of a morning latte. Instead of a stress-inducing grind, your commute becomes productive. And after dropping you off, the car heads off to pick up its next rider, making it more productive too.

This may seem like an impossible dream, but much of the technology that will enable driverless cars— sensors, light detection and ranging (lidar), and intelligent algorithms—already exists. Companies ranging from Google to Tesla to Uber are already road-testing fully autonomous vehicles. Optimists like Tesla’s CEO Elon Musk predict that driverless cars will be on the road within 10 years, and even more-pessimistic observers foresee the technology becoming available within 20 years. Legislation and policy issues may slow down adoption as governments work to ensure safety standards, but we could be living in a self-driving utopia by 2037. The driverless revolution will dramatically change how we live.

For example, right now, parking, especially in major cities, is a high priority. When developers propose new apartment communities, they’re required to include plans for up to two parking spaces per resident. Whole city blocks are dedicated to low-rise parking lots, and owning a permit to park in the city is a lot like holding a Golden Ticket. Self-driving cars would change all of this.

Once consumers adopt autonomous cars and companies start to operate low-cost, 24-hour autonomous fleets, the need for parking in the city will vanish. Cities could get by with a few mega lots located outside the urban core.

When that happens, the parking requirements for new developments could be dramatically lowered. This would lower the cost of development and increase the square footage devoted to apartments or retail, which could potentially make downtown living much more affordable.

On the flip side, driverless cars could also make the suburbs more attractive. If a driverless commute is a period of productive time, the length of time that people are willing to spend commuting may increase. After all, if you can start your workday in your “mobile office” and get an hour of work done before you step into your physical office for meetings, then a longer commute isn’t a waste of time.

However you slice it, driverless cars will change the way we live. And that means major changes ahead for real estate.