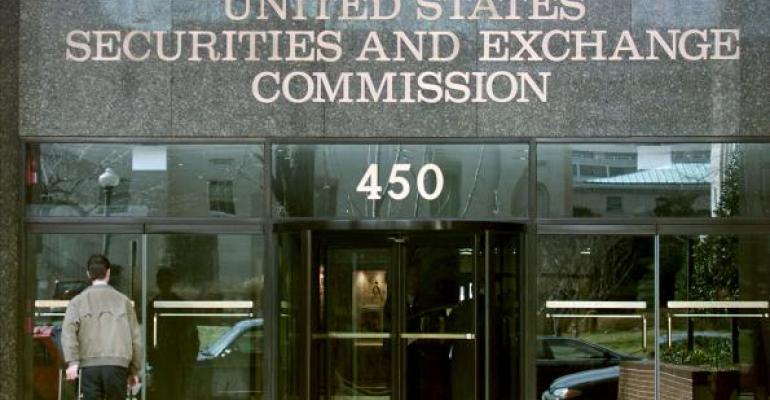 Two former executives of REIT sponsor American Realty Capital Partners (now known as VEREIT) were charged Thursday by the Securities and Exchange Commission, the U.S. Attorney for the Southern District of New York and the Federal Bureau of Investigation for manipulating financial statements that overstated the company’s funds from operations and understated its net loss.

The company filed a notice with securities regulators in October 2014, informing them of the accounting errors made in the first and second quarters of 2014. The announcement led to a downward spiral for the company, including lawsuits and a plunge in its stock price. Several broker/dealers stopped selling ARCP’s funds and the company eventually parted ways with founder and executive chairman Nicholas Schorsch.

The SEC has charged former Chief Financial Officer Brian Block and former Chief Accounting Officer Lisa McAlister with violations of certain sections of the Securities Exchange Act. The regulator claims the two inflated the firm’s adjusted funds from operations (AFFO), a key metric used to measure financial performance of publicly traded REITs, for the first quarter of 2014. Then, with McAlister in his office, Block manipulated the firm’s first-quarter overstatement of AFFO to make it seem like the company had met second-quarter estimates, when it had fallen short.

In a statement, Block’s lawyers said he is innocent and expect an exoneration.

“These charges appear to be based on very fuzzy, poorly defined, non-generally accepted accounting principles, applicable only to the sophisticated world of real estate investment trusts,” said Mike Miller, partner at Steptoe & Johnson LLP, which is representing Block in connection with the securities fraud charges. “Not surprisingly, there is little precedent for the notion that criminal charges are appropriate when accountants make decisions involving these sorts of accounting principles. However unusual these criminal charges are, one thing is certain—Mr. Block did not commit any crime in connection with his work at ARCP.”

When the firm announced the errors in late 2014, it said they had incorrectly calculated AFFO by $12 million for the first quarter of 2014 and by nearly $11 million for the second quarter. At the time of the announcement, McAlister and Block stepped down from their positions.

Preet Bharara, the U.S. Attorney for the Southern District of New York, and the FBI brought criminal charges against Block Thursday for conspiracy, securities fraud and other charges. McAlister pled guilty to her crimes and is cooperating with the government.

“All market investors are entitled to be told the truth from publicly traded companies when those investors are making decisions about where to invest their funds,” Bharara said. “And when investors are lied to about material information, as is alleged to have happened here, the perpetrators need to be investigated and prosecuted.”

The securities fraud, false filings charges and false certification charges each carry a maximum prison term of 20 years, compared to a maximum of five years for the conspiracy charge.