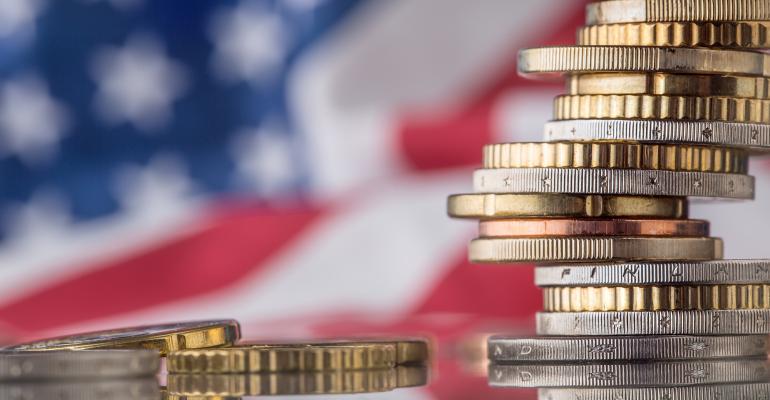 Foreign Investors Have Stayed Away from U.S. Real Estate in Recent Months. That Trend Is Not Expected to Hold

Once the pandemic is over, foreign buyers will likely see attractive investment opportunities in core assets.

As the U.S. crawls out from under the coronavirus lockdown and copes with a pandemic-inflicted recession, foreign investment in U.S. properties has largely stalled. Commercial real estate professionals say that lull could be short-lived, though.

Some industry observers say they’re already seeing at least a slight upturn in cross-border money coming into the U.S. real estate sector, although a number of deals that were in the works have fizzled. Looking ahead, some experts foresee a more significant surge in cross-border activity later this year and early the next.

What’s the source of this confidence? Some say that because the U.S. remains such an attractive market, foreign real estate investors seeking an American home for their capital can’t afford to hold off for too long.

“Some foreign investors from countries that are still reeling from the pandemic may sit out for the moment and reinvest in their own local markets,” says commercial real estate attorney Roman Petra, a partner in the Orlando, Fla. office of law firm Nelson Mullins Riley & Scarborough LLP. “However, the U.S. is a strong marketplace for foreign capital. As the U.S. economy continues to recover and grow, foreign capital will invest.”

Cross-border investors “are currently in somewhat of a holding pattern and reluctant to make decisions just yet. They are assessing their existing portfolios to determine expectations for rent collection and tenant retention, which will drive future decisions,” Pumper says. “Once they feel less uncertain about how this will play out, I expect they will begin making decisions about whether they want to buy or sell.”

For now, data shows a significant slowdown in cross-border capital flowing into the U.S. commercial real estate sector, according to a May 28 report from New York City-based Real Capital Analytics (RCA), a provider of real estate data.

Investments from France saw the steepest year-over-year drop-off for cross-border activity in the U.S. (92 percent), the RCA report indicates, followed by China (74 percent), and Canada and the United Arab Emirates (64 percent).

For all of 2019 and the first quarter of 2020, cross-border capital represented 8 percent of all commercial real estate investment activity in the U.S., according to RCA. Yet from 2015 to 2018, the average figure stood at 15 percent.

“An 8 percent share of the market is nothing to sniff at, as there are many billions of dollars involved. Still, the slowing pace suggests that the heyday of cross-border capital for this cycle is in the rearview mirror,” the RCA report notes.

It’s unclear whether that percentage will continue to tumble. But as RCA points out, the figure plummeted to 5 percent in the aftermath of the Great Recession.

“During turbulent times, we should be offering liquidity rather than taking it away. That’s one of our long-term strengths,” Kallevig said. “As an investor, of course I hope interesting opportunities will arise.”

Which opportunities are Kallevig and other cross-border investors likely to pursue in the U.S.? Real estate professionals envision foreign investors leaning toward solid performers like industrial, multifamily, healthcare and life sciences properties, while mostly avoiding weakened sectors such as retail, lodging and office.

For his part, Pumper doesn’t count out the office segment. Office properties still are considered a viable investment, he says, but some investors might rethink office ownership or acquisitions as employers reshape the pandemic-era workplace. Pumper cites suburban office buildings as a potential buying opportunity for cross-border investors as some tenants weigh relocation from urban cores to outlying areas amid the rise in telecommuting.

Another bright spot for foreign investors in the U.S. is undeveloped land, according to John Kevill, president of U.S. capital markets in the Washington, D.C. office of commercial real estate brokerage firm Avison Young. Generally, parcels that are ready for development are moving ahead in the sale process, given that construction likely wouldn’t start until well after coronavirus concerns have waned, he says.