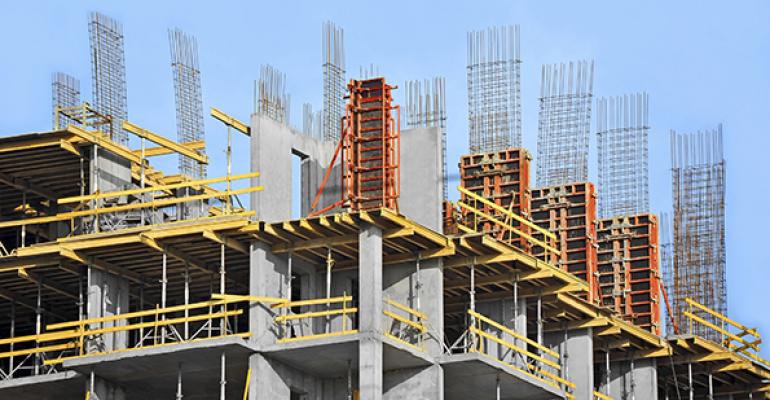 As the Fed Steps Back From Mortgage Market, REITs Gear Up to Buy

REITs are on track this year to raise most equity since 2013.

(Bloomberg) --Many fund managers are fearful about the Federal Reserve shedding its massive $1.78 trillion mortgage bond portfolio, a step it plans to start next month. Some investors say it’s time to get greedy.

Mortgage bond fund managers known as real estate investment trusts have been raising cash at their fastest pace since 2013, giving them enough new capacity to buy more than $30 billion of the securities, according to data compiled by Bloomberg. And banks have added almost $100 billion of mortgage bonds to their books this year, Fed data show, and their demand doesn’t seem to be waning.

Buying from these kinds of investors underscores how even as the Fed scales back from the market, others will fill the void, and in the near term at least there may be less disruption than many money managers had feared, said Jason Marshall, chief investment officer at Invesco Mortgage Capital, a REIT. For mortgage REITs and other investors that can borrow against their holdings, the potential returns are an eye-popping 12 to 13 percent after hedging, making these securities a no-brainer, Marshall said.

“There’s a decent amount of demand for mortgage bonds that I think a lot of people weren’t necessarily expecting this year," Marshall said. A senior executive at Annaly Capital Management Inc. said last month that this may be the best opportunity in decades for mortgage REITs to expand. Investors that had shied away from agency mortgage bonds in favor of corporate securities may come back. It may seem like a funny time to be excited about opportunities in mortgage bonds with government backing. The Fed said on Wednesday that in October it will begin allowing $4 billion in mortgage-backed securities a month run off its balance sheet, an amount that will rise every quarter until it reaches $20 billion a month. The central bank’s current holdings are equal to around a quarter of the total agency mortgage bonds outstanding, according to data from the Securities Industry and Financial Markets Association.

Plenty of money managers are still cautious. Analysts at firms including Barclays Plc and Morgan Stanley advised investors to underweight government-backed mortgage bonds in their portfolios before the Fed’s announcement. The securities have  gained 2.4 percent this year, according to Bloomberg Barclays index data, trailing corporate bonds and even Treasuries, which have risen 2.6 percent, including interest payments.

But the Fed is moving slowly, and investors now have more certainty about the central bank’s plans and timing, said Gary Kain, chief executive officer of mortgage REIT AGNC Investment Corp. at a conference last week. The extra yield investors demand to hold securities backed by government-guaranteed mortgages has risen to 0.24 percentage point this year, from 0.15 percentage point at the end of 2016, a relatively modest widening.

"Agency MBS are in a sweet spot right now," Kain said. With the market now pricing in some of the Fed’s tapering, buying the bonds is "a much more comfortable place to be than where it was over the last few years."

Demand from mortgage REITs alone won’t be enough to compensate for the Fed’s waning purchasing. Of the approximately $6.9 trillion of U.S. backed bonds known as agency mortgage securities that are outstanding, 11 of the biggest REITs own about $180 billion, or around 3 percent, according to investment bank KBW. Under the Fed’s current framework, it would shed about $12 billion of mortgage bonds this year, and as much as $168 billion in 2018.

Banks may also become bigger players. They held about $1.8 trillion of agency mortgage-backed securities according to Fed data, and have been adding to their holdings all year.

"When it’s not the Fed, it’s going to be the banks, mortgage REITs, and sovereign buyers," said Steve Delaney, an analyst at JMP Securities.

Equity investors are happy to give more money to REITs to invest: most of the investment trusts are trading at prices higher than the accounting value of their assets, meaning stock issuance is relatively cheap for them. That may be why the investment trusts are on pace for their busiest year in new issuance since 2013, having raised some $4.7 billion of common and preferred equity, according to Bloomberg data. About half of that issuance has been in the form of preferred stock, and the rest in common.

Mortgage REITs aren’t only raising money to invest. Some sales this year have gone toward debt refinancing, for example, according to Credit Suisse Group AG analyst Doug Harter. REITs typically invest soon after they raise capital, meaning the equity they’ve issued this year has already been put to work, and as the Fed steps back the firms may look to raise more money.

"They feel comfortable adding to agency exposure at this point," Harter said.

Annaly, the largest mortgage REIT, has been vocal about the opportunities it sees. The REIT spent most of an $816 million equity offering this year buying mortgage-backed securities.

"It is not an exaggeration to say that the return to normalcy in the Agency MBS market may provide the largest growth opportunity in the history of this company," CEO Kevin Keyes said on a conference call in August.