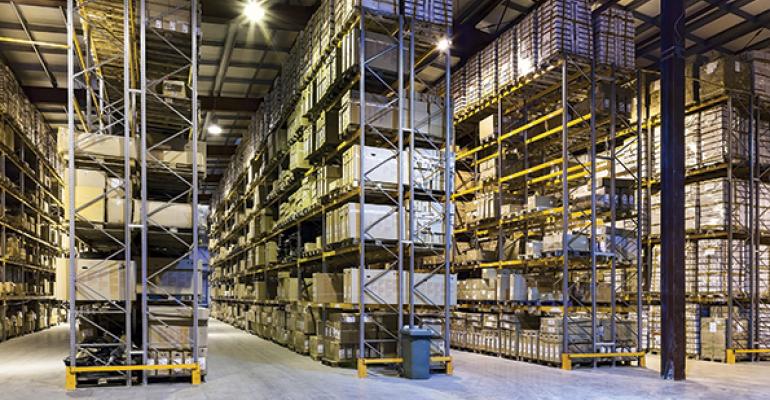 E-commerce in the United States is growing faster than traditional retail sales, but less appreciated is that the trend is pushing up demand for physical space. Every time a shopper visits a retailer’s website and clicks the “buy” button, the merchandise flows through real brick-and-mortar warehouses and fulfillment centers before it shows up at the door. That has spurred interest in industrial REITs, which last year surprised some analysts by outperforming the broader REIT universe.

In fact, e-commerce demand for industrial space has doubled over the last three years and will continue to grow at a healthy clip, according to a recent report by industrial real estate investment firm Prologis Inc. The REIT says
30 percent of U.S. industrial big-box demand is correlated
to e-commerce.

“High growth in e-commerce translates into growth in logistics,” notes Chris Caton, vice president and head of research for the San Francisco-based company. “Now that consumer habits have clearly changed and e-commerce is a sizable part of retailers’ business, they’re making significant investments in their supply chain. The industrial sector is enjoying outsized growth as it catches up with the changes.”

Industrial REITs underperform their peers – but not always

Industrial REITs aren’t known for posting “wow” returns. In fact, they tend to underperform the REIT universe, both in terms of total return and dividend yield. “Despite what management likes to say, industrial space is generic, and you’re not going to get massive premium during good times like you would for other property types,” says Paul Adornato, a REIT analyst with BMO Capital Markets. “Boom time in industrial is not like boom time in office and multifamily.”

To be sure, over the past 20 years, industrial REITs have been the worst-performing property type among the
major sectors.

But last year, industrial REITs had a decent run, analysts note, outperforming the market at 7.4 percent versus 3.7 percent. Adornato and other analysts are encouraged by the demand created by e-commerce. “E-commerce is a big benefit for industrial REITs,” Adornato contends. “This is a very powerful shift, and it’s not a trend that’s going to end any time soon. It’s long-term change.”

There are roughly 185 million online shoppers in the U.S. alone, and U.S retail e-commerce sales are projected to reach $304 billion this year. E-commerce had been averaging gains of 10 percent annually throughout much of the past decade, but those numbers have skyrocketed in recent years. A recent Deloitte study predicts that e-commerce will account for 30 percent of all U.S. retail sales by 2030.

“Consumer behavior is evolving faster than supply chains can adapt,” according to the Prologis report. “As such, we see retailers and distributors experimenting with order fulfillment models.”

For example, retailers are upping the shipping game by offering same-day delivery. Deloitte found that 7 percent of retailers surveyed are providing same-day delivery in select markets, and another 12 percent are planning on it. This means a greater need for warehouses and distribution centers closer to shoppers.

“One of the hot-button issues that retailers are focused on is proximity to customers and shipping nodes,” Caton says.

In fact, regional distribution facilities are the most common property type in the U.S., comprising well over 60 percent of the U.S. industrial inventory and the majority of industrial REIT portfolios.

Caton says e-commerce retailers use logistics real estate in ways that require more space. Many activities that were typically carried out within stores are now consolidated into logistics facilities, and e-commerce customers just need more room.

One of the healthier sectors

Similar to the recent uptrends in the broader economy, the U.S. industrial sector also accelerated in the second quarter of 2014. “The industrial sector is among the healthier sectors in terms of supply and demand,” says Adornato.

There is roughly 20 billion square feet of industrial space in the U.S. The top 10 industrial markets account for about 30% of the nation’s stock, and half resides in the top 30 markets.

Heightened demand is pushing rents up around the country. Industrial leases typically average five years, and many leases that originated during the recession are now being renewed at big rental increases.

Development expected to pick up

The amount of new supply that has been added to the market since 2010 is well below the levels seen during previous expansion periods, as developers have been cautious over the past few years, according to Scott Marshall, CBRE’s executive managing director of industrial services for the Americas. However, as availability rates continue to fall, higher rents will incentivize developers to commission more new projects.

CBRE’s report, “Where Are the Big Boxes? The State of U.S. Industrial Development Activity,” found that development activity has steadily increased every year since the beginning of the recovery cycle in 2010, when approximately 7 million square feet of new supply was added per quarter. By second quarter 2014, the U.S. industrial market was delivering more than 25 million square feet per quarter.

Prior to the recession, around 50 million square feet of new industrial space per quarter was added to the market, approximately twice the levels seen during the first half of 2014.

Of the 125 million square feet of new supply expected to deliver over the next four quarters, 67 percent is located in just 10 markets, including Chicago, Dallas/Ft. Worth, Baltimore and Indianapolis. One common theme among these markets is that they are all critically important for managing the import and distribution of goods throughout the nation’s supply chain. As that activity increases, so should the fortunes of the owners of the supply chain's industrial components.

“Even though the economic recovery has been slow, it’s been steady … it’s enough to provide a nice supply-demand backdrop for industrial,” Adornato says.