/sites/all/themes/penton_subtheme_wealthmanagement/images/logos/footer.png
Recent
Recent
Big Tech Is At Banking's Door, WealthTech Isn't Far Behind
Nov 23, 2020
Oranj’s Closure Is a Wakeup call for Advisortech
Nov 23, 2020
Accounts Double at JPMorgan Robo Advisor You Invest
Nov 23, 2020
Women in Finance Must Ask for Promotion, Unlike Men: Survey
Nov 23, 2020
Fund Managers Hate Working From Home as Much as the Rest of Us
Nov 23, 2020
Featured
Poll: 15 Classic Books on Investing and the Markets
Apr 03, 2020
Fifteen Must-Listen Business Podcasts for Advisors
Aug 14, 2020
FICO Updates and Their Impact on Credit Scores
May 06, 2020
The Top Colleges for Financial Planning
Oct 03, 2019
NREI Online
brought to you by 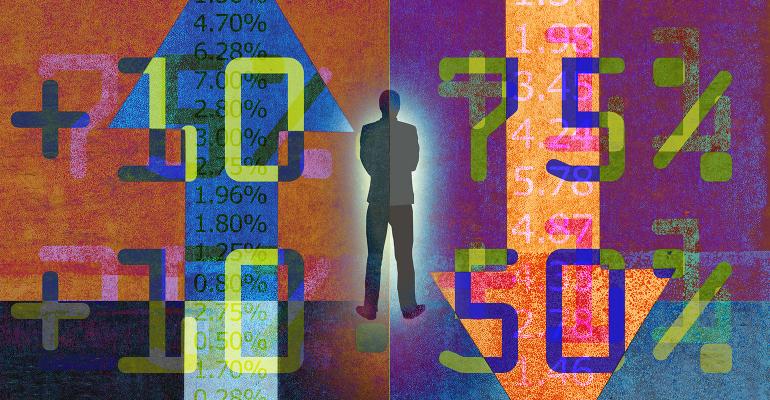 Dr. Steve Rogers of Falls Church, Va. is four years into his first fractional real estate investment, and he couldn’t be happier. The former veterinarian sold his business and the building it was housed in when he retired. Rather than paying a steep tax bill on the capital gain, he opted to roll his $1 million into a 1031 tax-deferred exchange.

He didn’t have to look far for advice. His brother Louis Rogers is the founder and CEO of Capital Square 1031. Through Capital Square, Rogers was able to invest the $1 million across four different Delaware Statutory Trust (DST) investments, giving him a fractional ownership in two apartment buildings and two medical dialysis centers.

Related: 1031 Exchange Coming Up? Know the Options Before You Reinvest

“It saved me hundreds of thousands in taxes, and the second thing I was looking for was cash flow,” says Rogers. The DST investments creates a monthly income of five to six percent, and the 1031 exchange also allowed him to invest a much larger amount. “It’s like Christmas every month. On the 10th of the month, four checks pop into my checking account,” adds Rogers.

Fractional ownership structures, such as DSTs, limited liability companies (LLCs), limited liability partnerships (LLPs) and crowdfunding, continue to attract a wide cross section of investors from newcomers to sophisticated high-net-worth individuals and family offices. “Pre-COVID, syndications and fractional interest were at highs, perhaps not all-time highs, but highs for this cycle,” says A. Yoni Miller, co-founder of QuickLiquidity, a private equity firm that invests in commercial real estate debt and equity.

Investors are drawn to the benefits of direct real estate ownership that include steady cash-on-cash returns, potential value appreciation, tax advantages and portfolio diversification. Although investors did push pause during the early weeks of the pandemic, interest in fractional ownership is once again picking up. Investors who are wary of the volatility in the stock market are looking at fractional ownership as a stable addition to balance investment portfolios.

“There is a perception—and rightfully so—that real estate is a little more of a predictable and durable investment. It might not get the same maximum returns as the stock market over time, but it is something that does have more predictability,” says Davin Carey, a managing financial advisor at Carey & Hanna Tax & Wealth Planners, an Oxnard, Calif.-based firm that advises high-net-worth clients on tax and wealth planning. People don’t have to worry that a Google anti-trust case is going to take down their investments in the Nasdaq, he adds.

“Recently, the DST activity has picked up pretty dramatically, because people are concerned that the 1031 laws may go away if there is a blue wave in this next election cycle. So, there are people who are trying to get ahead of that potential change,” says Carey.

LLCs have long been a standard structure for fractional ownership, often favored over LLPs as they offer greater liability protection for investors. “DSTs are absolutely the new kid on the block. So, I think there is more curiosity about it,” says Miller.

One of the primary reasons people choose the DST structure is that it does qualify as a like-kind property for use in a 1031 exchange. “The one and only reason investors go into a DST is to defer their capital gains taxes,” says Steve Bram, a principal and co-founder at George Smith Partners, a real estate investment banking firm based in Los Angeles. “Otherwise, you would invest in an LLC or LLP that gives you the ability to have control,” he says.

DSTs are attractive in a supply constrained market as it allows the investor to easily split capital gains into multiple investments rather than trying to find one property that is the right price point. Another key difference between a DST and an LLC or LLP is that a DST has a defined exit strategy. They usually take on 10-year debt with a plan to sell the property in five to seven years, whereas ownership in an LLC or LLP can go on indefinitely.

DSTs stepped into a gap left by tenant-in-common (TIC structures). TICs were a popular fractional ownership structure in the last cycle prior to the Great Recession. However, the TIC industry imploded for a variety of reasons. In part, it was a frothy market where some syndicators were charging high fees and were overpaying for assets. In addition, the cumbersome structures became problematic. In some cases, there were more than 20 fractional owners and a unanimous or majority vote was needed to make even minor decisions, such as agreeing to a lease with a new tenant or committing to a capital improvement project. TICs are still being done today, but typically with only three or fewer investors.

The long-term nature of fractional ownership structures brings up one of the biggest downside risks—lack of liquidity. Real estate in general is a more illiquid asset, and that is even more true with fractional ownership structures. Oftentimes, the only option for an early exit is for an investor to be bought out by another co-owner. “Liquidity is probably the most significant thing for investors to assess when we are looking at these types of investments,” says Carey.

Although DSTs do have a more defined exit, fractional ownership in LLPs, LLCs or even TICs can end up being generational investments that pass on to heirs. QuickLiquidity’s business model is to buy out fractional owners in syndications and partnerships to provide an exit strategy and liquidity for investors. For example, Miller bought out a limited partnership interest in a 199-unit apartment building in Fairfax, Va. that was more than 40 years old. The original owner had died, and the estate opted to sell. Typically, QuickLiquidity acquires those fractional ownership interests at a discount to the current value. The firm also has introduced a new platform that provides financing for investors with fractional ownership as collateral.

Some DST qualified intermediaries have tried to open secondary market platforms to create added liquidity. “I think over time it will get easier, because they are simple and easy to underwrite, stabilized assets that are cash flowing, and those investors aren’t looking to be opportunistic, they are usually looking to place capital in a very safe investment that will throw off appreciation and a steady coupon every month,” says Miller.

There are plenty of examples of fractional owners that no longer want to be there for a variety of reasons, adds Miller. For some people, maybe their circumstances have changed, or perhaps that property isn’t performing as had hoped. “There is no question that this liquidity issue exists. Every single day I speak with someone who wants out of a partnership for a wide variety of reasons, and they have a very difficult time doing it,” he says.