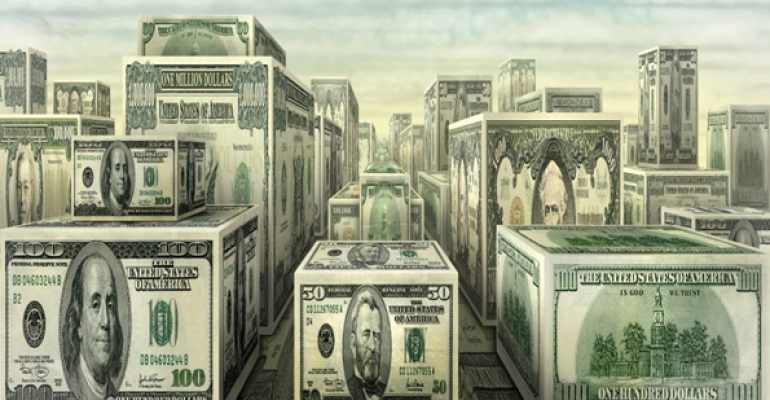 Individuals with self-directed IRAs are adding to the abundant capital flowing into commercial real estate investments these days.

Self-directed IRAs account for just 3 to 5 percent of the broader $6.5 trillion IRA market. Yet even that small fraction amounts to big dollars at an estimated $195 billion to $325 billion, according to data from the Retirement Industry Trust Association (RITA) and the Investment Company Institute. And interest in self-directed retirement accounts is poised to rise further as more individuals look to gain greater control over their investment planning and diversify their portfolios beyond stocks, bonds and mutual funds.

“As workers stay longer in jobs with 401ks and accumulate assets in their 401ks, they are more likely to roll those assets over into a self-directed IRA at some point,” notes Mary L. Mohr, executive director of RITA. “I think that is really creating this huge pool of capital.”

One of the factors fueling interest in self-directed IRAs is that individuals are exhibiting a greater appetite for alternative assets such as real estate, precious metals, commodities, limited liability corporations and hedge funds. “Diversification is a big driving factor in why people want the different types of asset classes non-correlated to the stock market, and they can do that with a self-directed IRAs,” says Mohr.

“Alternative investing is really exploding,” agrees T. Scott McCartan, CEO of Millennium Trust Company in Oakbrook, Ill. Millennium Trust is one of the largest custodians of self-directed IRAs specializing in alternative asset custody and one of the largest providers of automatic rollover solutions. The company has seen explosive growth in the volume of self-directed IRA assets it administers, as well as in custody of private funds, growing from about $733 million in 2005 to just over $11 billion currently. As it relates to alternative asset investing, real estate is often a favored asset for many individuals. People have a desire to invest in things they know and understand, such as a four-plex residential properties or retail buildings that they can drive by every day, says Mohr. And people want to use money in their IRAs to buy those properties. “We see that real estate is the number one choice in terms of the types of assets that self-directed investors want to own,” she says.

Although individuals have the opportunity to use traditional IRAs and 401ks to invest in real estate via REIT stocks and real estate mutual funds, there is a greater desire to have access to direct real estate investment opportunities. “This is part of a bigger trend that we are seeing moving away from reliance on the stock market as your sole source of access to investments towards more of a decentralized approach,” says Darren Powderly, CCIM, co-founder of Portland-based CrowdStreet.

CrowdStreet’s typical investors are baby boomers with IRAs and 401ks who are looking to invest in income-producing real estate. What the crowdfunding platform does is give investors access to those real estate investment opportunities, as well as the potential to invest in smaller increments, such as $25,000 at a time. That incremental investment allows an individual to build ownership in a portfolio of real estate properties within their self-directed IRA.

“I think the experience of the downturn and the flash crash distrust of Wall Street has driven the American investor mindset that they don’t want to be so reliant on the public markets. They want to diversify beyond the stock market as their sole source of investment opportunities,” says Powderly. In addition, investors are feeling better educated and have more tools at their fingertips to make their own investing decisions, he adds.

One benefit to using a self-directed IRA to buy and sell real estate is that the capital gains taxes are deferred until the individual starts withdrawing funds—ideally, after the age of 59 and a half, when he or she can do so without also having to pay an early withdrawal penalty. The tax situation is even more favorable for those individuals who set up a self-directed Roth IRA, which allows them to avoid additional taxes on the back end when they start withdrawing funds. The downside to self-directed IRAs is that individuals are taking more risks and relying on their own judgment to make sound investment choices.

It remains to be seen how large the self-directed IRA niche will become as word spreads that individuals can use their IRAs to buy things other than stocks, bonds and mutual funds. However, self-directed IRAs will continue to be a bigger source of capital for alternative assets such as real estate. “There is more money in IRAs at an increasing rate than any other pockets of capital,” notes McCartan.