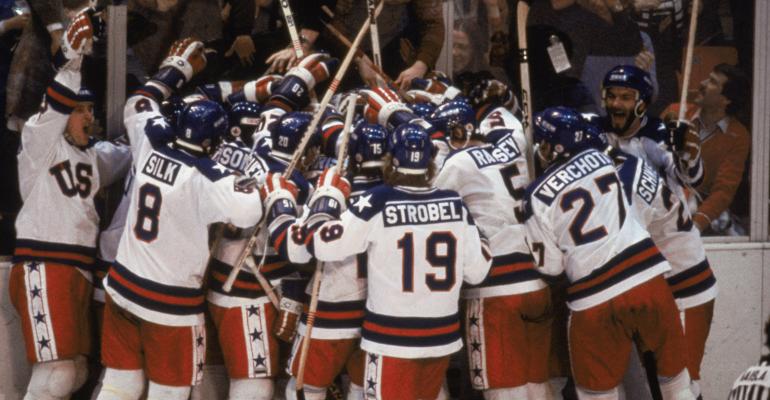 Every year, WealthManagement publishes its IBD Report Card. The 2018 report card, released on March 30, gives fresh data on the condition and perceptions of the independent broker/dealer channel.

The annual survey asked advisors from IBDs to rate their firms on a scale of one to 10, with one being unacceptable to 10 being outstanding. One of the survey questions asks, “How likely are you to still be affiliated with your current b/d two years from now?”

Related: The State of Affairs

As a recruiter in the IBD space, we give weight to this question because it reflects the level of loyalty advisors have toward their broker/dealers. Combing through the numbers, the stats for the b/ds that make up the Advisor Group unexpectedly jumped out at us.

Looking at the categories, the percentage of advisors that are “Very Likely” to stay tends to be the best gauge of contentment with their firm. Typically, that contentment reflects the quality of back-office service, compliance and the relationship between management and advisors.

What is unique about the Advisor Group b/ds is that back-office services are heavily consolidated. Most of these services are split between FSC Securities and Sagepoint, while trading desks are either through Royal Alliance or the Advance Sales Desk at Woodbury Financial. Compliance policies are also centralized so the same compliance policies, procedures and products are available among the b/ds.

With so much centralization, you might expect back-office services and compliance experiences would be rated similarly among the b/ds. So, it was completely unexpected to see such a wide variance in the survey results for “Very Likely to Stay.” Here is how the advisors responded:

When Woodbury was purchased by AIG from The Hartford and when the Advisor Group b/ds were sold to Lightyear Capital, our recruiting firm received numerous calls from reporters with questions about the purchases and subsequent sales. During these conversations, one thing that resonated was that Woodbury was perceived as a lesser firm than the others, with lower average production per rep and lower percentages of advisory business. There was a prevalent attitude that Woodbury was the square peg in the round hole of the Advisor Group.

Fast-forward to 2017 and we saw the sale of Jackson National b/ds, SII, NPC, Invest, and Investment Centers of America. Advisor Group b/ds recruited a total of 170 JNL advisors; Woodbury came out on top for most advisors recruited from the JNL b/ds. Woodbury was especially successful at recruiting SII advisors, with the close geography (Minnesota/Wisconsin) of the two b/ds likely contributing to that success. Beyond JNL recruiting success, 2017 total recruiting numbers also show Woodbury at the head of the pack:

It appears that recruiting numbers and survey loyalty results are in lockstep. In April of this year, Woodbury acquired Capital One’s $10 billion advisory business, which further solidifies their growth success among Advisor Group b/ds.

The survey results from the Wealth Management IBD Report card begs the question, “Why did Woodbury achieve the highest score when the service/compliance experience is largely the same across the channel of broker/dealers?”

One major difference that sets Woodbury apart from their sister b/ds is that they have regional vice presidents. These RVPs play a multi-faceted role in supervision—trouble-shooting for advisors and maintaining strong relationships with advisors. RVPs are also responsible for recruiting in their territory and education in areas such as DOL rules, technology and products.

An RVP has a geographic territory and is in close contact with advisors, so there is a relationship bond that is closer than what the home office can deliver, which makes the RVP the corporate glue between the home office and the advisor. The other Advisor Group b/ds are strictly Office of Supervision Jurisdiction models, so they lack the glue factor that RVPs deliver.

Ranking second in the scoring was Royal Alliance, which has its own loyalty builder, the Royal Court. The Royal Court is a concierge service level that is in-house at Royal Alliance headquarters, where an advisor can dial into their dedicated go-to person who will immediately set out to resolve their service needs.

This extra level of service is limited to the top 50 branches ($2.5 million and greater of gross domestic concessions) and the top 50 individual producers ($2 million and greater). The production numbers vary each year but tend to run around these thresholds. For top producer loyalty, the Royal Court has been successful, but the downside is that high-end service is limited to only the best advisors while lesser producers are left with only the standard consolidated services. The RVP model at Woodbury benefits all advisors and is not limited to a select few.

It should be mentioned that there is no benefit to my elaborating on this topic because I have not recruited for Advisor Group b/ds since the TARP bailout affected the b/d’s parent company, AIG, back in 2009 to 2010. Still, it is important to give credit where credit is due because the impact Woodbury Financial has been making within the Advisor Group of b/ds is significant. And, of course, everyone likes to see an underdog come out on top.

Jonathan Henschen is the president of Henschen & Associates, a recruiting firm in Marine on St. Croix, Minn.