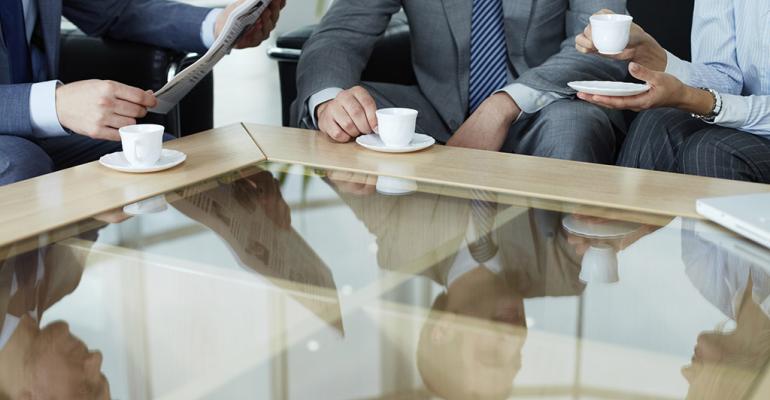 Timeline of Converting Prospects to Clients

New research details how affluent prospects move through the pipeline.

ATLANTA — “If I’m hearing you right, is your latest research telling us exactly how long it takes to work affluent prospects through the pipeline?” asked Josh, adding, “I guess that means that we should be more assertive in managing our pipelines.”

My response was “Yes” to Josh’s question and “Yes” to his pipeline comment.

Let me forewarn you as you’re about to see a definite “Catch 22” woven throughout what I’m about to share with you. As you’re probably aware, today’s affluent DO NOT like salespeople or being subjects of a marketing campaign. And, categorically, they don’t trust advertising. So, you might be thinking, “What is a financial advisor who’s interested in acquiring affluent clients to do?”

First and foremost, you need to understand the truth about today’s affluent. Not only how they first became aware of you or the initial size of the account they opened, but the expected timeline to convert them from a prospect to a client.

Herein lies the dichotomy. Even though affluent prospects don’t like salespeople, the timeline isn’t as long as you might think. As you can see outlined below, the timeline runs the gamut of ranging from one week to over a year. Yet nearly 60 percent became a client in one month or less.

Granted, 32 percent of these affluent prospects required more time to convert to a client, and my suspicion is that the 8 percent who were unsure also required more time. That said, the majority, 60 percent, of our affluent respondents told us that they became a client within one month of becoming a prospect.

What does this tell us? A lot, but two things I want to highlight: First, you must always be gently assertive in mini-closing your prospect through your pipeline. Second, you need to get a quick read on each affluent prospect as they’re all different, focusing on their managing a career, raising a family, personality and some with routine financial affairs while others can be complex.

When it comes to being gently assertive, you should find it helpful to know the number of “in-person” meetings these affluent prospects attended before they officially became a client. We were surprised by these findings, as it’s not as many as you might have guessed.

To be clear, the above are some iteration of official business meetings; pre-discovery, discovery, proposal, etc. With that in mind, we still can’t quite get our arms around the fact that 8 percent of these affluent prospects engaged their financial advisor without one official business meeting. Obviously, these are the outliers and for our purposes not relevant to the discussion.

What is important is to look at the range between 39 percent requiring only one official business meeting, 31 percent needing two meetings and 22 percent requiring three or more official meetings. ((I’ve collapsed the unsure group into this figure.)

You should keep in mind that these official meetings don’t take into account social interactions between advisor and prospect. Yet, over 80 percent of these affluent prospects first entered their future financial advisor’s pipeline through some form of word-of-mouth-influence, known as WOMI. And the majority of these initial interactions occurred in a nonbusiness setting.

The real takeaway of all this is simple: Once you’ve developed rapport, you should mini-close for a business meeting. What these factoids are telling us is that WOMI has put the odds in your favor—your reputation and recommendation from others will increase the likelihood to land a business meeting. Remember, you need to be gently assertive.

Once again, you’re reading your affluent prospect, but now that you’re armed with the knowledge that 39 percent are willing to select the advisor after one meeting, you’ll want to be prepared to move them through the sales process quickly. The key here is to be flexible—some will commit after one meeting, others could take more time. Also, it’s crucial to have both spouses attend the initial business meeting, as it typically accelerates the timeline.

It’s important to remember that 70 percent of affluent prospects are willing to become clients after two meetings. For the 22 percent of affluent prospects that reported needing three-plus meetings prior to committing—don’t be put off. Instead, be specific about what issues need to be addressed, uncover what, if anything, is holding them up, and remain in regular contact. They will become clients. Use this as a permission slip to be gently assertive in managing your pipeline.