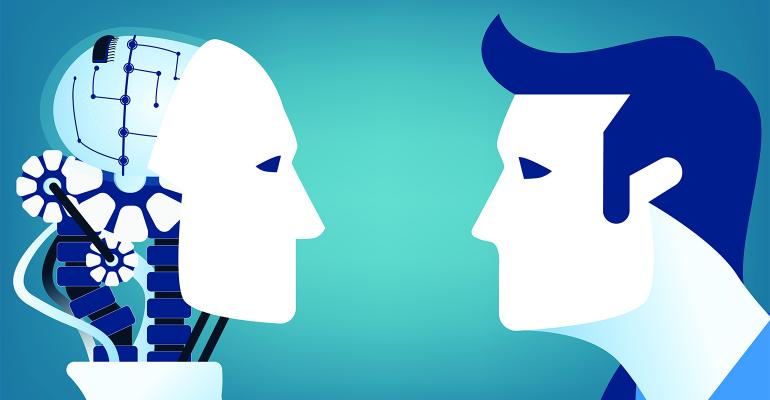 How to Humanize Scripts and Not Sound Like a Robot

We have a love-hate relationship with scripts. On one hand, we love them because they provide a framework for how to respond to various situations.  On the other hand, we hate them because a lot of advisors simply sound like parrot scripts—they’re essentially memorizing words. The result? They don’t actually connect with the person with whom they’re speaking and they come across as salesy, like those cold-calling scripts.

There’s an art to using scripts. We feel this is so important that we created a four-part video series in our Learning Center on the topic, entitled “Language Matters.” For a script to be effective, it must fit your personality and be delivered in your voice. The words must become your words—they must be YOU, as though those words were part of your DNA.

Making Scripts Work for You

We coach verbal communication using a process we refer to as the “3 Cs Language Model.” Everything you say must be Concise, Conversational and delivered with Confidence.

So before using any scripts, you should evaluate it and take the appropriate actions using our 3 Cs Language Model.

Most salespeople talk too much, as do many financial advisors, and many scripts are too long. This is a bad combination. The typical script is designed to dominate a one-sided conversation that attempts to manipulate and/or intimidate a person into taking some form of desired action. Ouch!

Less is better on all fronts. You’ll want to take out any industry jargon and big words. The affluent don’t like it and want you to get straight to the point.

This is where you’re editing the script to ensure it fits your personality. It’s not about dominance or disingenuous manipulation. The script has to reflect YOU!

Now that the script is concise, the next step is to make the script conversational. This is how it becomes YOUR voice.

Don’t be surprised if you find yourself continuing to edit the script at this stage. It’s very common to think you’ve got the language right, that it fits your personality on paper, but when you recite these words out loud something doesn’t feel right. It’s been our experience that whenever this occurs, the script needs to be reworked. Yet, too often we’ve experienced advisors trying to force the script despite that it doesn’t fit their personality and communication style. Don’t! It doesn’t work, it’s like trying to stuff your feet into a pair of shoes a size too small by wearing thin socks. It doesn’t work. In the case of the wrong shoes, your feet hurt. With the wrong script—your psyche hurts.

It is important that you’re able to project a confident demeanor that comes across as relaxed and natural. As you’ve probably already determined, this confident demeanor is the result of mastering the first 2 Cs. This will require serious work in both the editing phase: Concise, in getting the words right and Conversational, by articulating in your natural voice.

All this requires practice. And practice can take many forms, such as: role playing with your significant other or a friend and getting honest feedback, recording an audio or video version and assessing yourself or practicing in front of a mirror. Then go out into the real world and practice “live”—in real conversations.

The goal is to make everything about you look and sound natural ... it’s you. That said, you don’t want to come across as a know-it-all, which is a big turn-off in affluent circles. You also need to have good body language and authentic eye contact. All of this should be addressed in your practice sessions.

Remember, your personal presence is as important as the words that are flowing naturally from your lips. Once you’re able to apply the 3 Cs Language Model to one script, subsequent scripts will be much easier, because at this stage, you’ll know the formula for transforming virtually any script into your personality and your voice. You’ll be prepared for every situation.